Date confirmed for changes to Wakari and Helensburgh bus routes

Following a Council decision in response to community feedback, a date has now been set for changes to bus routes in Wakari and Helensburgh.

The changed routes, which apply to the Wakari and Helensburgh portions of routes 33 and 50, will run from 2 July. Sections of these services are being rerouted to avoid steep sections of Lynn St and Shetland St.

“Following timeframe and pricing negotiations with GoBus, we now have a date finalised for route and timetable changes. While 2 July is later than we were expecting, we’re pleased to be able to provide surety to the community” said Gerard Collings, Manager Support Services. Careful re-timetabling had been necessary to ensure that the City – Corstorphine (33) and City – St Clair Park (50) sections of the routes would not be affected.

Further communications, including a mailbox drop to properties in the Wakari-Helensburgh areas, are planned for June. 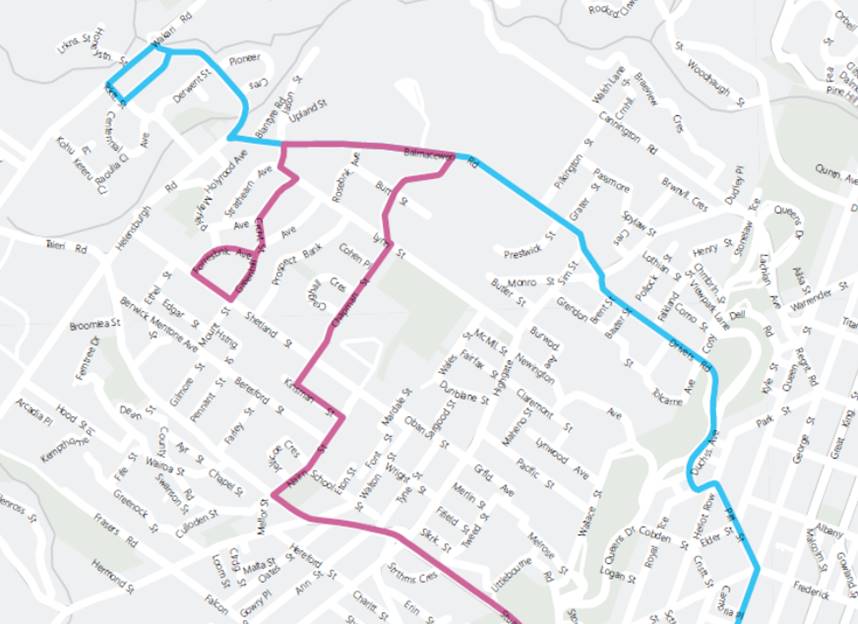 The map shows the Wakari and Helensburgh portion of routes 33 and 50 as they will be from 2 July 2018. The City – Corstorphine (33) and City – St Clair Park (50) portions of the routes will not change.

Instead of running along Centennial Ave and Shetland St, the service will run along Helensburgh Rd and Lynn St, and loop around Mayfield Ave and Forresbank Ave onto Balmacewen Rd and Chapman St.

Instead of running along Lynn St and Highgate, this service will travel down Balmacewen Rd and connect to Drivers Rd.