Give us your take

We’re developing a new Land and Water Plan, including specific rules and limits on water and land use in your FMU/rohe.

The Manuherekia Rohe community is one of the first areas in the region ORC has worked with to develop a preferred approach to water and land management. This area was prioritised (along with the Arrow and Cardrona catchments) due to the presence of a large number of expiring deemed permits in the rohe, as well as the policy work already completed in these areas.

Between September 2019 and June 2021, community consultation was undertaken to identify important values and develop objectives and limits for waterways in the Manuherekia Rohe.

As part of this consultation community feedback was sought from the community on five Manuherekia Water Management scenarios. Two public meetings were held in Alexandra and Omakau. We received over 1,000 submissions supporting a range of flow options for the river.

Following consultation, a report outlining a proposed approach was presented to ORC Councillors in August 2021. ORC Councillors requested that more science work be done, and this is now underway.

Thank you to everyone who provided feedback or came along to one of the community meetings in the Manuherekia Rohe to tell us what you want for land and water resources in this rohe.

The preferred approach will be drafted into the Manuherekia Rohe chapter of the proposed Land and Water Regional Plan. The new plan will be notified at the end of 2023. Once this plan is notified, you can make a submission saying what you like about it or how it could be improved.

ORC has therefore set five Freshwater Management Units (FMUs). As the Clutha Mata-Au FMU is large, it has been further divided into five rohe (areas), one of which is the Manuherekia Rohe – based on the catchment area of the Manuherekia River.

Work between the community and ORC to develop specific objectives, policies and rules to manage water in the rohe started in 2019. A key part of the work for this rohe involves the Manuherekia Reference Group (MRG), which is made up of a range of key stakeholders who ORC meets with monthly.

The MRG represent the wide-ranging interests of the community and have assisted ORC to develop options for water flow management which are now being discussed with the wider community (details below). 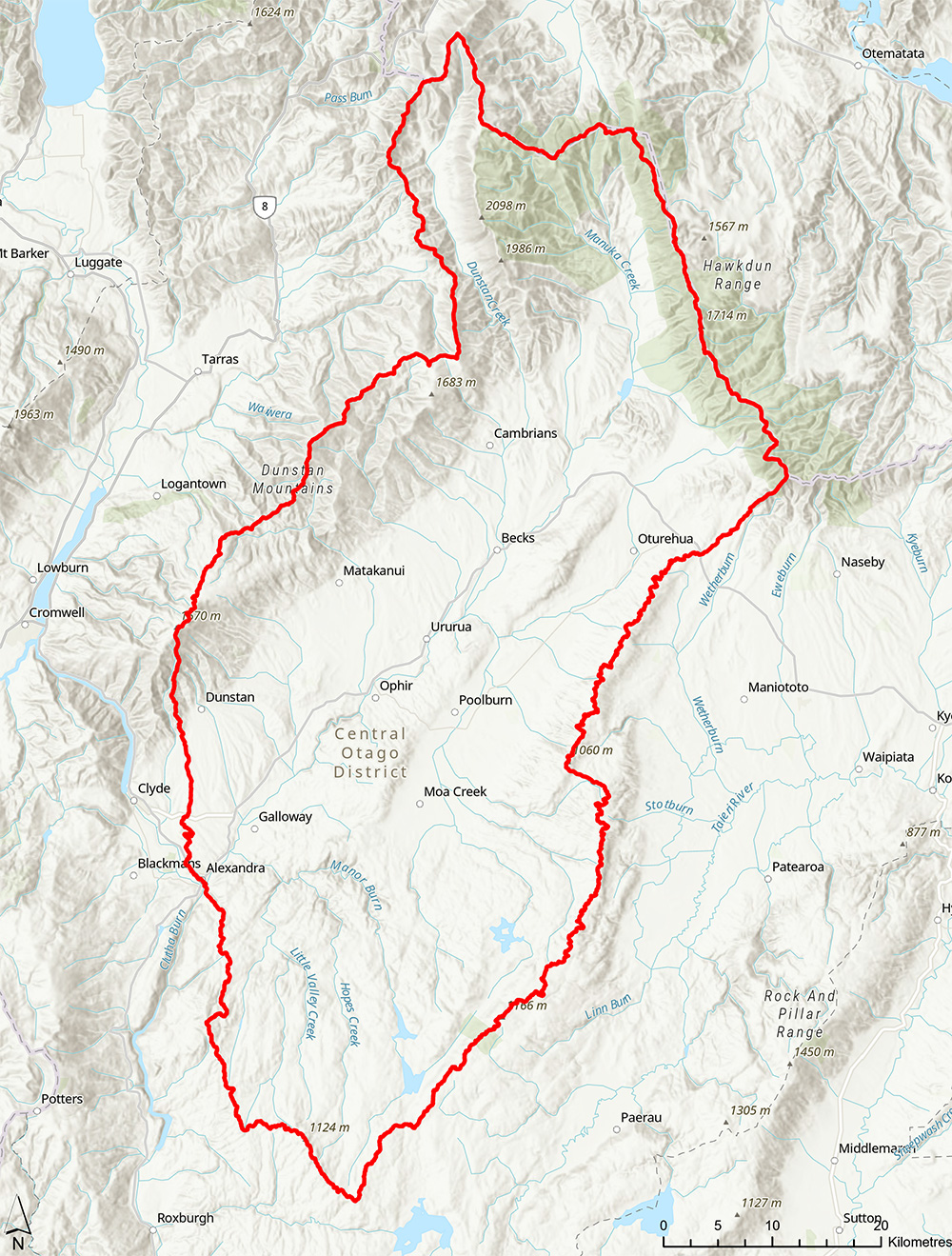 Map of the Manuherekia Rohe

While freshwater policies might be designed and applied specifically to the Roxburgh Rohe, their impacts may be felt beyond. Hence the Roxburgh Rohe, the neighbouring Manuherekia Rohe, and the northern part of the Taieri Rohe are combined when considering socio-economic information. These communities have close economic ties, i.e., residents are likely to live in one of the areas while working/spending in the other areas. The three areas combined are referred to as the ‘Inland’.

In 2018, the area was home to around 13,000 residents (6% of Otago’s population), which had increased by 15% since 2006. The economy of this area depends on the water-reliant agriculture sector (which provides for one in five jobs) and tourism related industries (15% of all jobs). Administrative Services (13%) is the third largest sector in the area; and the Employment Services sub-category provides 10% of all jobs. Together, all these industries account for around half of the employment in the ‘Inland’ area.

The Manuherekia Rohe is located between the Dunstan Range to the west, the St Bathans Range to the north, the Hawkdun Range and Rough Ridge to the east and the Knobby Range to the South. The Manuherekia River, the rohe’s main water body, flows over a distance of 85 km in a south-west direction towards Alexandra where it joins the Clutha Mata-Au River. The rohe stretches over a total area of approximately 3,000 km2. The climate of the Manuherekia Rohe is semi-arid, characterised by cold winters, warm, dry summers and low rainfall. The area is dominated by pasture grasslands on the flat and gently sloping land, while tussock grasslands are common in the high country. Urban development exists at the lower end of the rohe in Alexandra, and small but growing settlements at Omakau and Ophir.

Note that the memoranda on the Hydrology Model (Calibration, Ecology and Scenarios) are currently in draft form. The hydrology model and habitat modelling is currently being reviewed.