Chris Hawker, of Christchurch, has been appointed as the inaugural manager/controller for the Otago Regional Civil Defence and Emergency Management Group, effective from November 2. 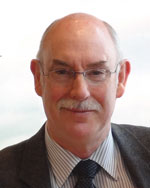 Mr Hawker has a wealth of experience in business and local government, and most recently, nine years in both operational and teaching roles at the University of Canterbury (UC).

During his time with the university he co-led the development of an extensive emergency preparedness programme which, in the aftermath of the Canterbury earthquakes in 2010-11, has been internationally acknowledged for its quality and effectiveness.

Mr Hawker has spent the past three years as director of the university’s Centre for Risk, Resilience, and Renewal, which provides tertiary education and professional development courses, research, and consultancy services, across a range of public safety and disaster management disciplines.

He led the university’s operational response to the September 2010 and February 2011 earthquakes as its primary Incident Controller, and combined with numerous other incidents which have affected the university, has had considerable hands-on experience dealing with major crises.

Mr Hawker and his family have previously lived in both Dunedin and Wanaka and are looking forward to returning to the Otago region, which he says “stole his heart” many years ago.

Confirming Mr Hawker’s appointment, Otago CDEM Co-ordinating Executive Group chairman Peter Bodeker said the region was fortunate to have attracted someone of Mr Hawker’s calibre and experience in the emergency management sector to the new role.

Mr Bodeker said it was crucial to maintain a high level of civil defence emergency management responsiveness for the people of Otago and Mr Hawker would be more than able to ensure that the regions civil defence agencies were well prepared to respond to a disaster alongside the community.

Continual community development and strengthening the partnerships between Otago’s councils and other CDEM agencies involved with emergency management response would be the key to maintaining this readiness and preparedness, Mr Bodeker said.

NB Mr Hawker is overseas until August 10, so will not be immediately available for comment.