Lakes Wanaka and Wakatipu peaked on Sunday afternoon and are currently receding, but will remain high for several weeks. For more detail of current status, refer to the news advisories below, or check current lake and river levels further down the page.

Stay up to date with the current water levels and flows at sites all over Otago. Our water monitoring sites automatically update through the day and night.

Find all of our other water monitoring sites here.

Lakes Wakatipu and Wanaka peaked at around 4pm on Sunday afternoon (9 December) well below the levels reached during historic flooding in November 1999. Lake Wanaka reached its highest level since the 1999 floods.

The lakes responded to the headwater rainfall largely as predicted. Lake Wanaka reached a peak level of 280.38m, while Lake Wakatipu peaked at 311.36m.

The lakes and rivers are likely to be at elevated levels for some weeks, as water drains slowly from the mountains to the sea down the Clutha / Mata-Au catchment. This means that as more fronts arrive on the headwaters, the lake levels may continue to rise more quickly than they can recede.

The below graphs show how infrequent lake levels of this height are: ORC undertakes monitoring and analysis to forecast how lakes and rivers will respond to heavy rainfall, which enables other agencies like city and district councils, power companies, and (if necessary) civil defence to plan their responses. We have a 24/7 flood duty officer, and a wider flood management team for these situations.

Rainfall on the headwater gradually increases river flows downstream, all the way down to Balclutha. ORC’s flood protection schemes are expected to handle the extra water, but people operating in the vicinity of the river need to be aware of the possibility for the flow to increase rapidly, regardless of the local weather.

Be aware that lakes and rivers that are in a state of flood will also be carrying debris – especially trees and branches swept down by floodwater. Debris won’t always be visible.

Heavy wind is exacerbating the effects of high water in the lakes, by causing waves and blowing more debris into the water.

The Clutha / Mata-Au is the largest catchment by area and river flow volume in New Zealand. It has a total area of around 21,000km2, and a mean annual flow of 575 cubic metres per second. Around 75% of the river flow is derived from the catchments which feed lakes Wanaka, Wakatipu and Hawea.

Approximately 6,000km2 of the catchment is the Clutha / Mata Au River upstream of Lake Dunstan.

The length of the catchment is around 230km in a rough line from the mountains of the Otago headwaters to the sea near Balclutha.

The below map shows ground levels near Lake Wanaka. These maps are generated using a surveying method called Light Detection and Radar (LIDAR).

As the lake level rises to these heights (measured in metres above sea level), the parts of Wanaka highlighted in the map may become inundated.

Both Lake Wakatipu and Lake Wanaka are expected to take around 19 days without rain to return to their average levels for this time of year. That 19 days starts once the lakes peak and are no longer rising, which is expected to be early next week.

This does not mean the lakes will be in flood for 19 days, but is an indicator that lake levels will be high for several weeks.

To return to normal levels, Lake Wanaka will need to drop more than 3m (to around 277.6m), and Lake Wakatipu a little over 1.2m (to around 310.2m). Coincidentally, given the different capacities and outflow rates of each lake, they will take roughly the same amount of time to decrease to normal levels. ORC estimate that both Lake Wakatipu and Lake Wanaka will take 19 days from when they peaked, assuming no significant rainfall during that time, to recede to normal levels for December.

That doesn’t mean they will be flooded for three weeks, but while the lakes are high, there’s a chance that heavy rain may bring them back up to the high-level mark. We’ll be communicating any further risks if they arise.

For the latest weather watches, warnings, and outlook

For general information on what to do in a flood situation, and how to stay up to date with what's happening in your part of Otago

For roading information (including any closures) relating to state highways

If you are currently experiencing power issues, please call PowerNet on 0800 808 587.

For getting in contact with your local authorities and helpful agencies.

Natural Hazards on the Clutha Delta (2016)

Please note the maps below are of ground levels. Some interpretation is required when assessing flooding because ponding and inundation will be influenced by local features such as buildings and fences. Note also that water levels around the margins of the lake, especially areas that are a long way from the water level recorder, may vary from those recorded because of wind and other effects. 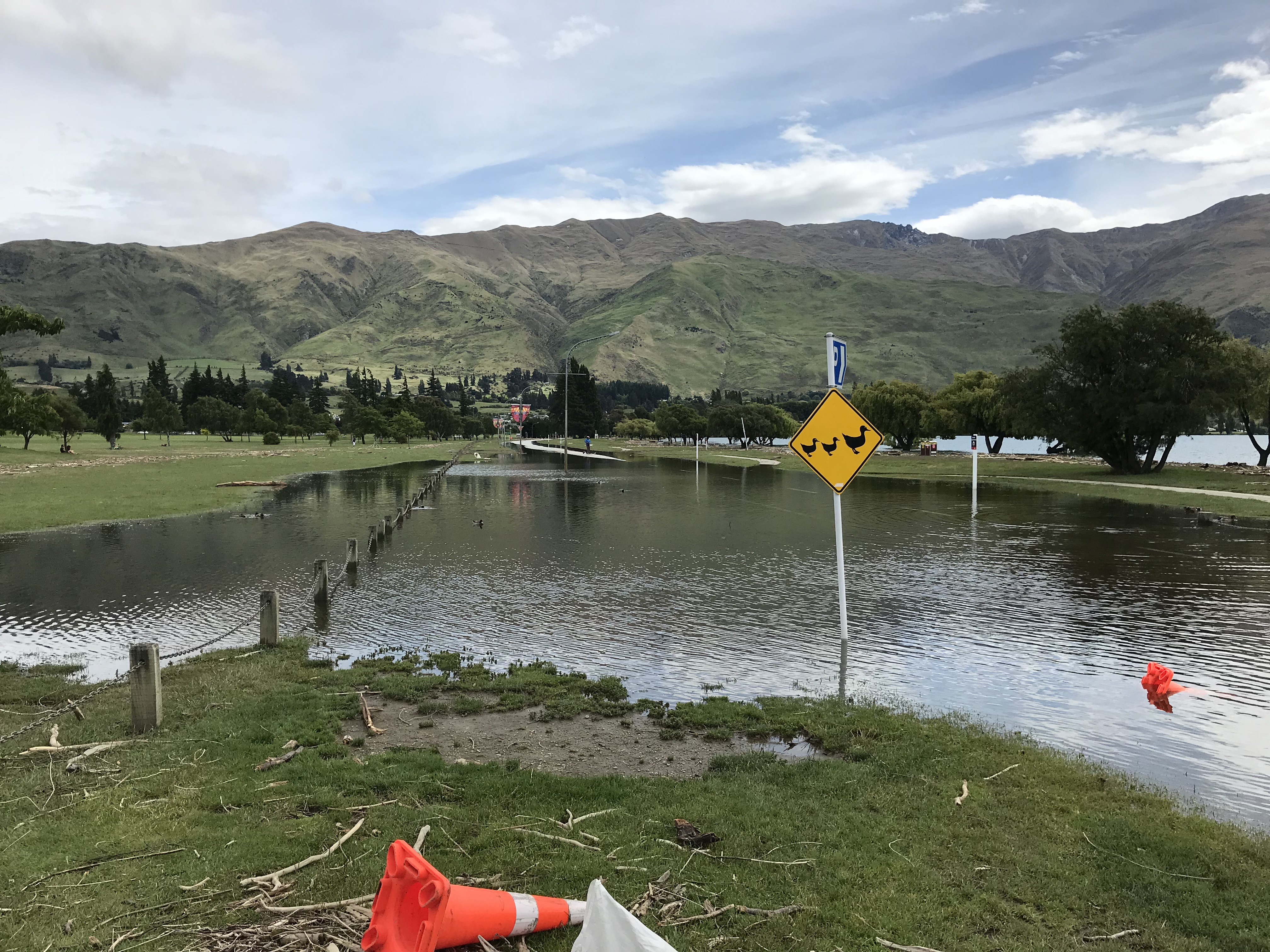 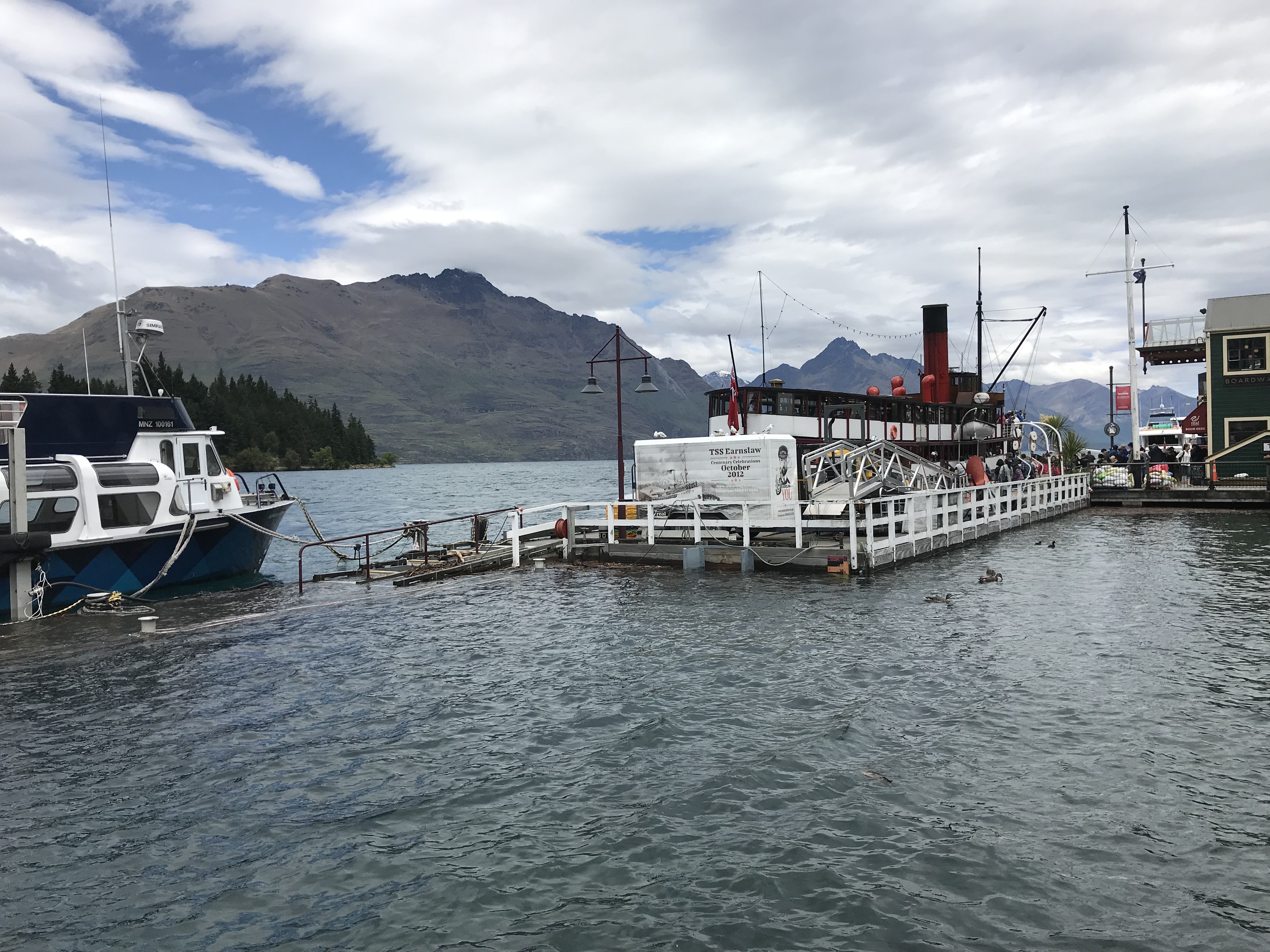 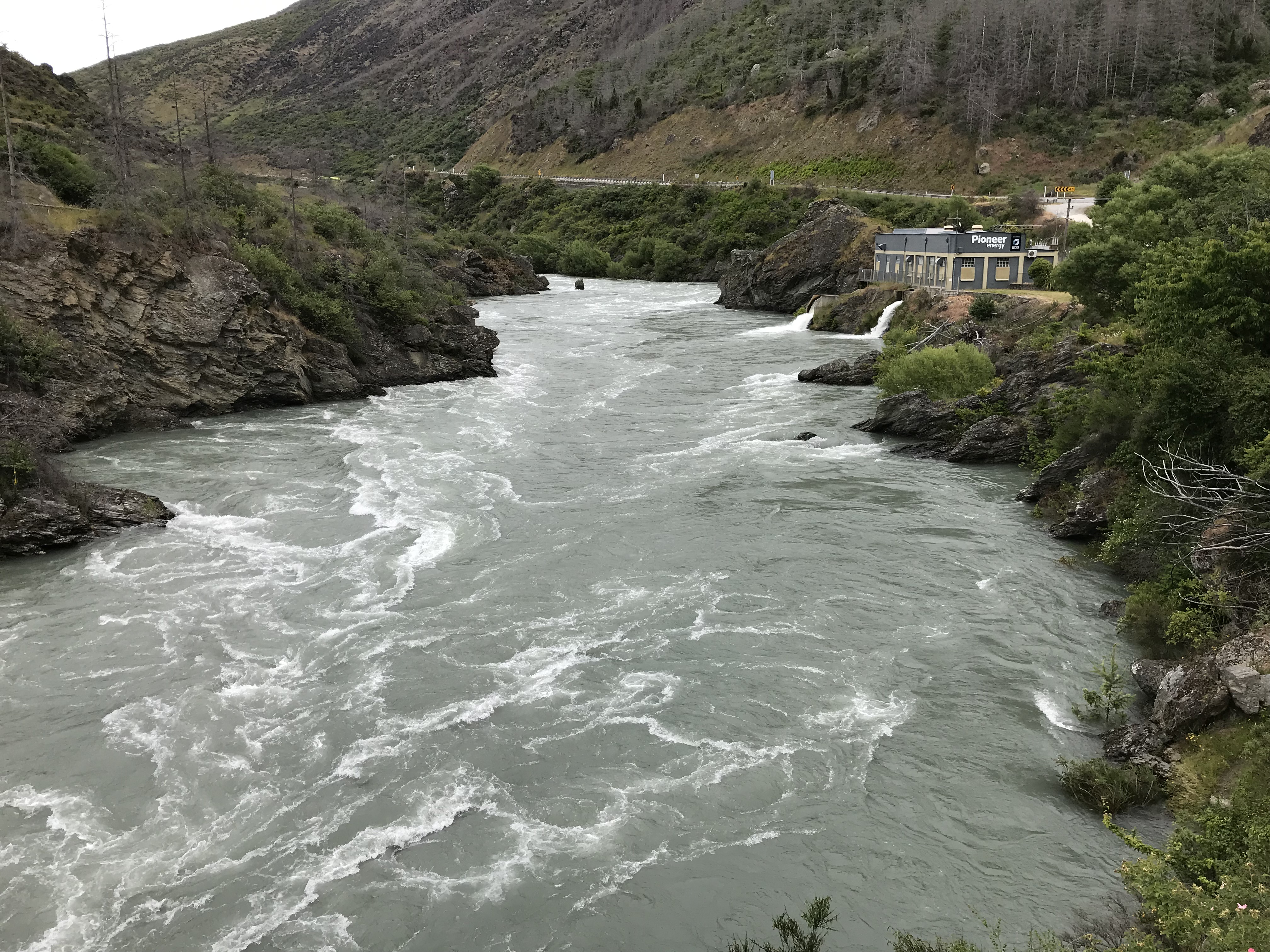 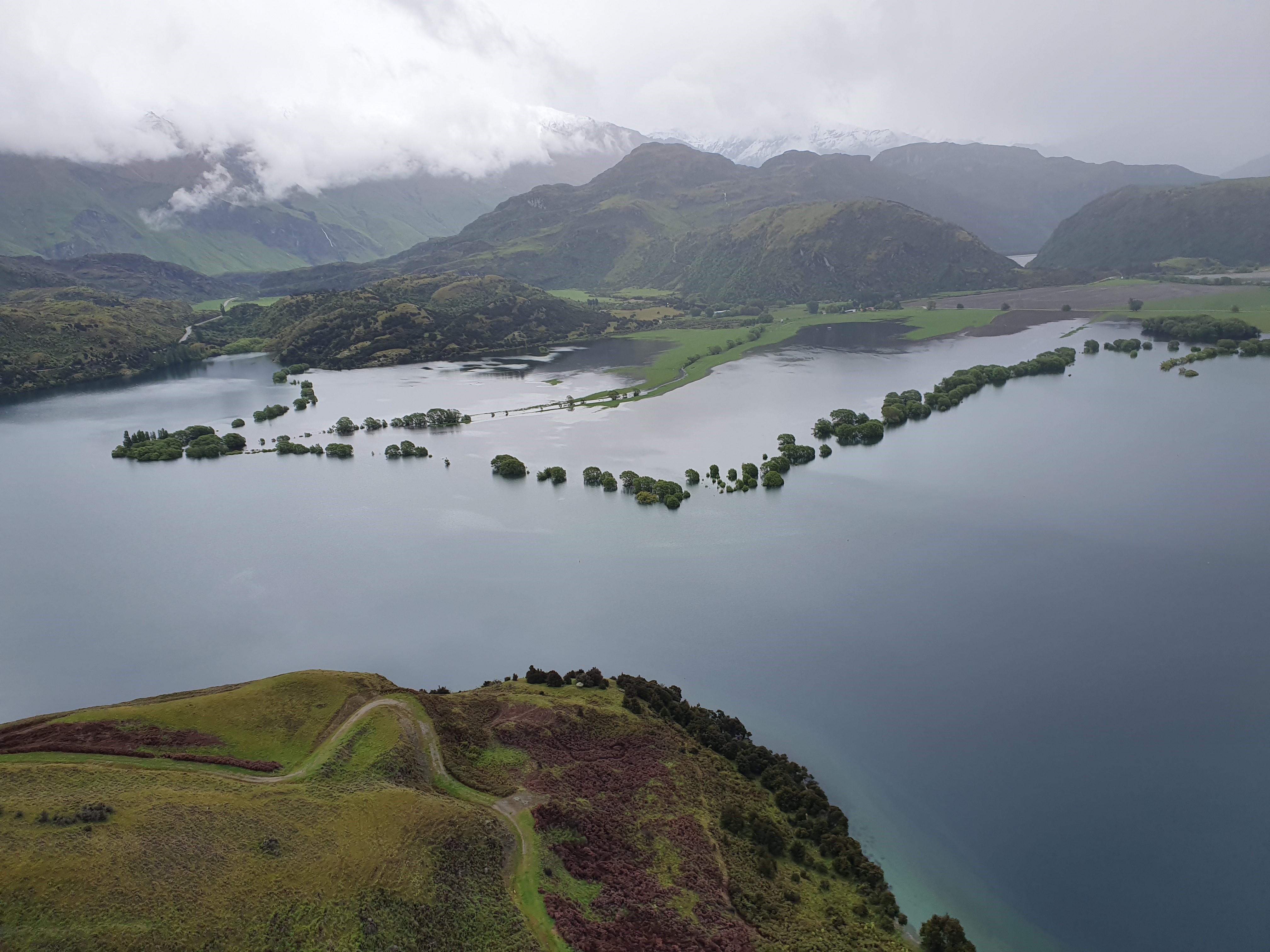 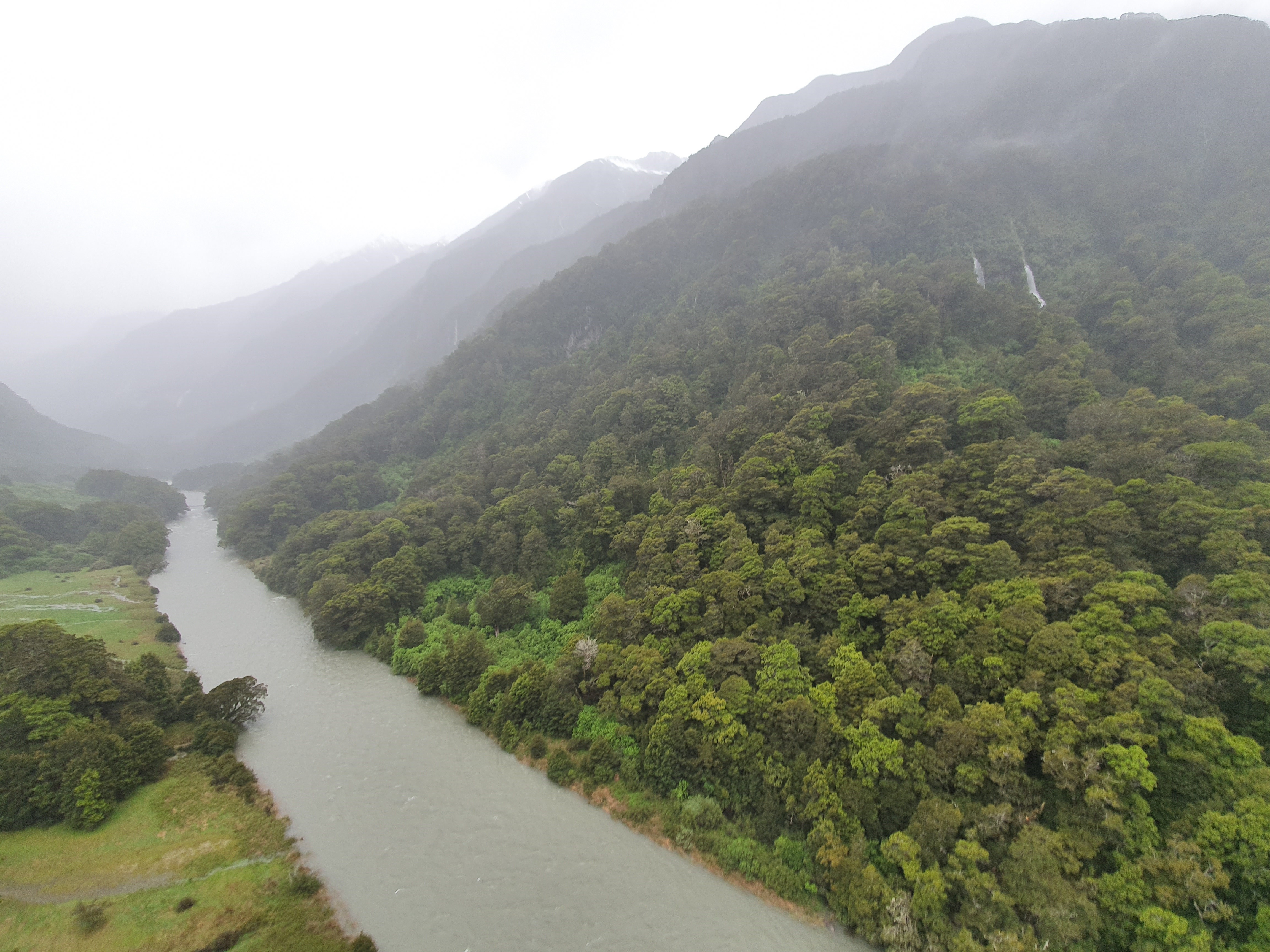 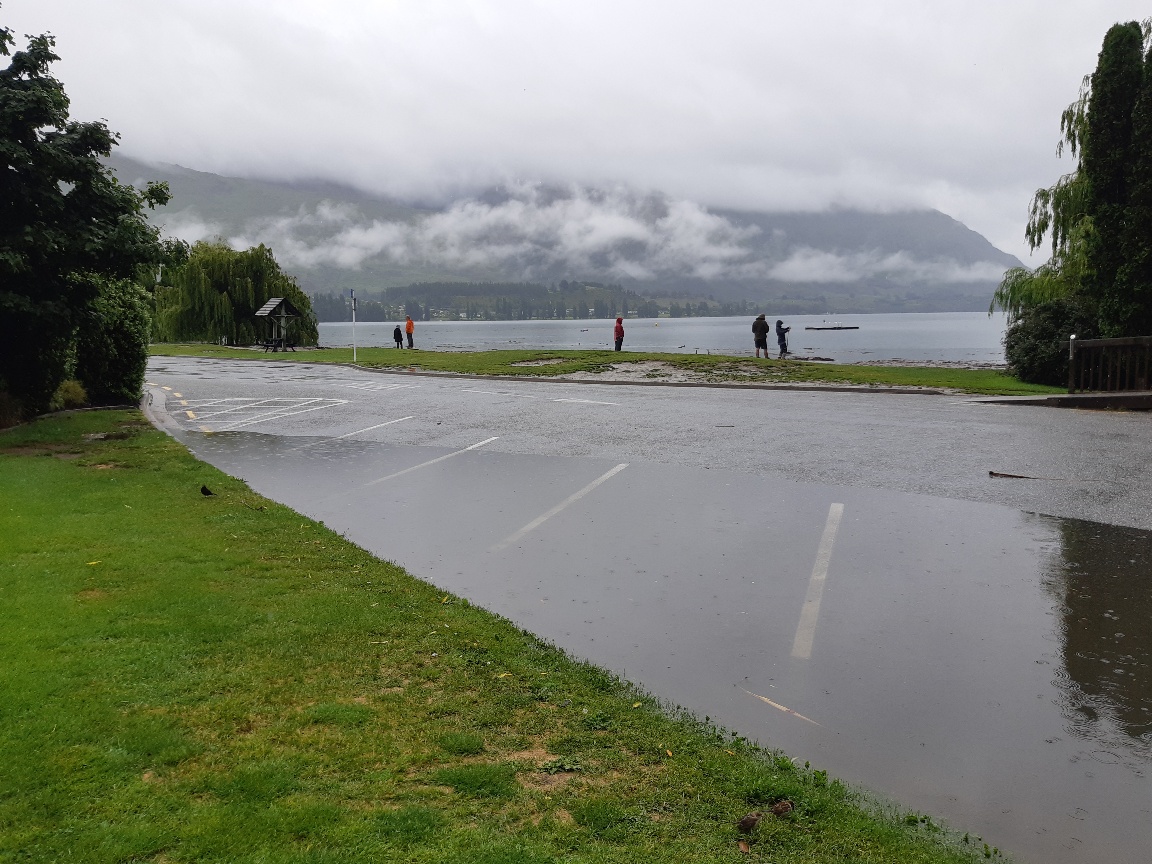 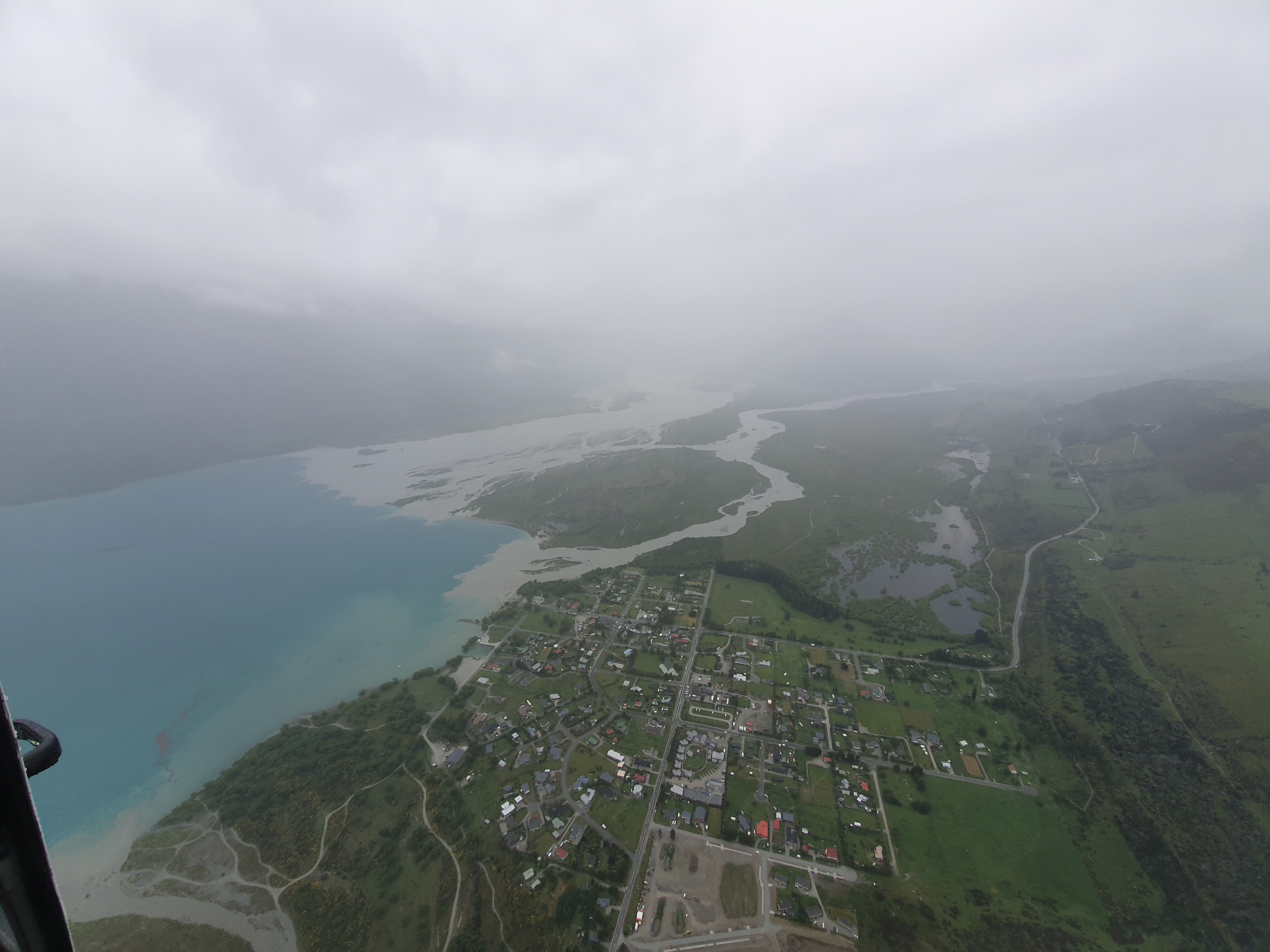 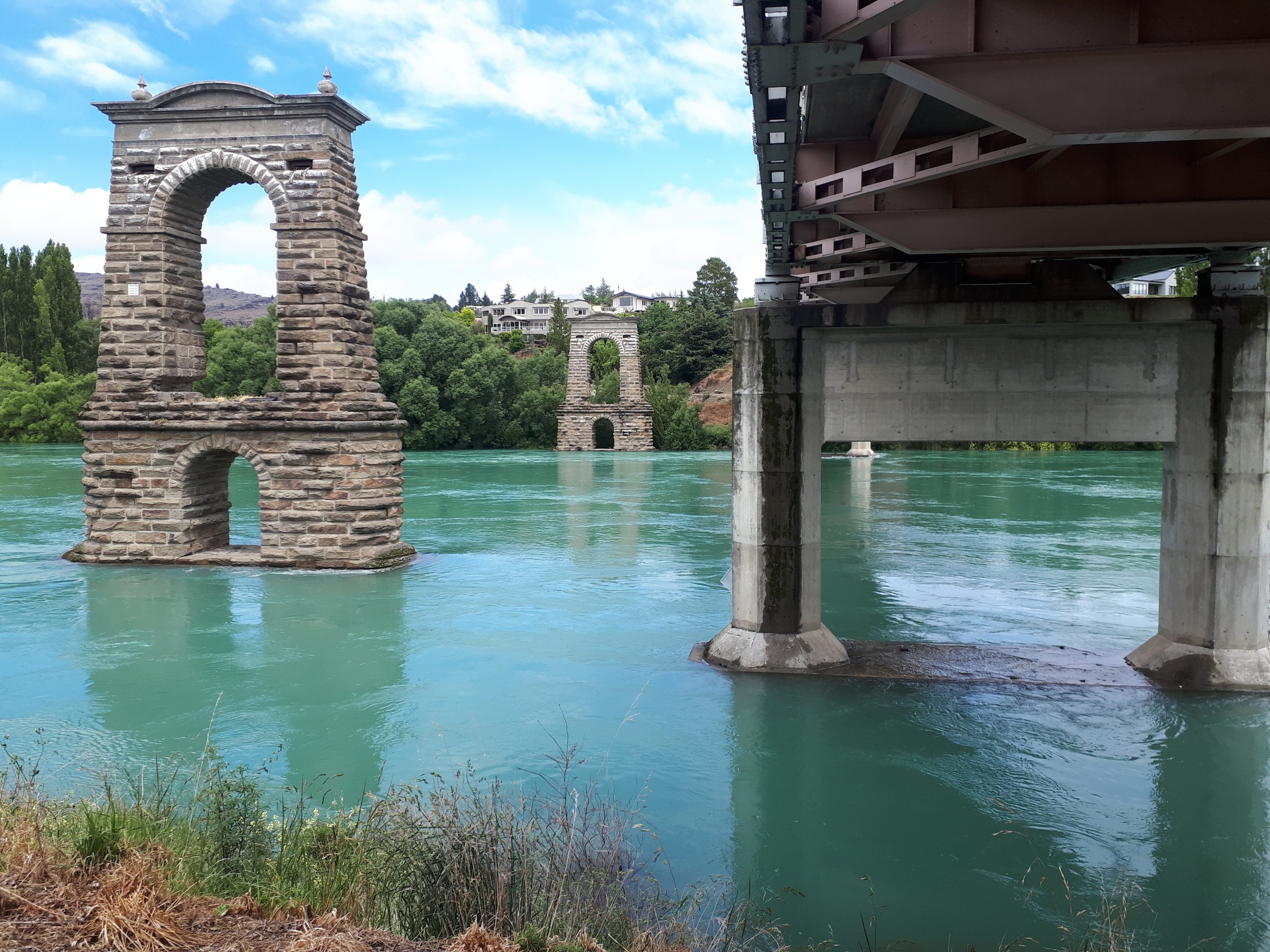 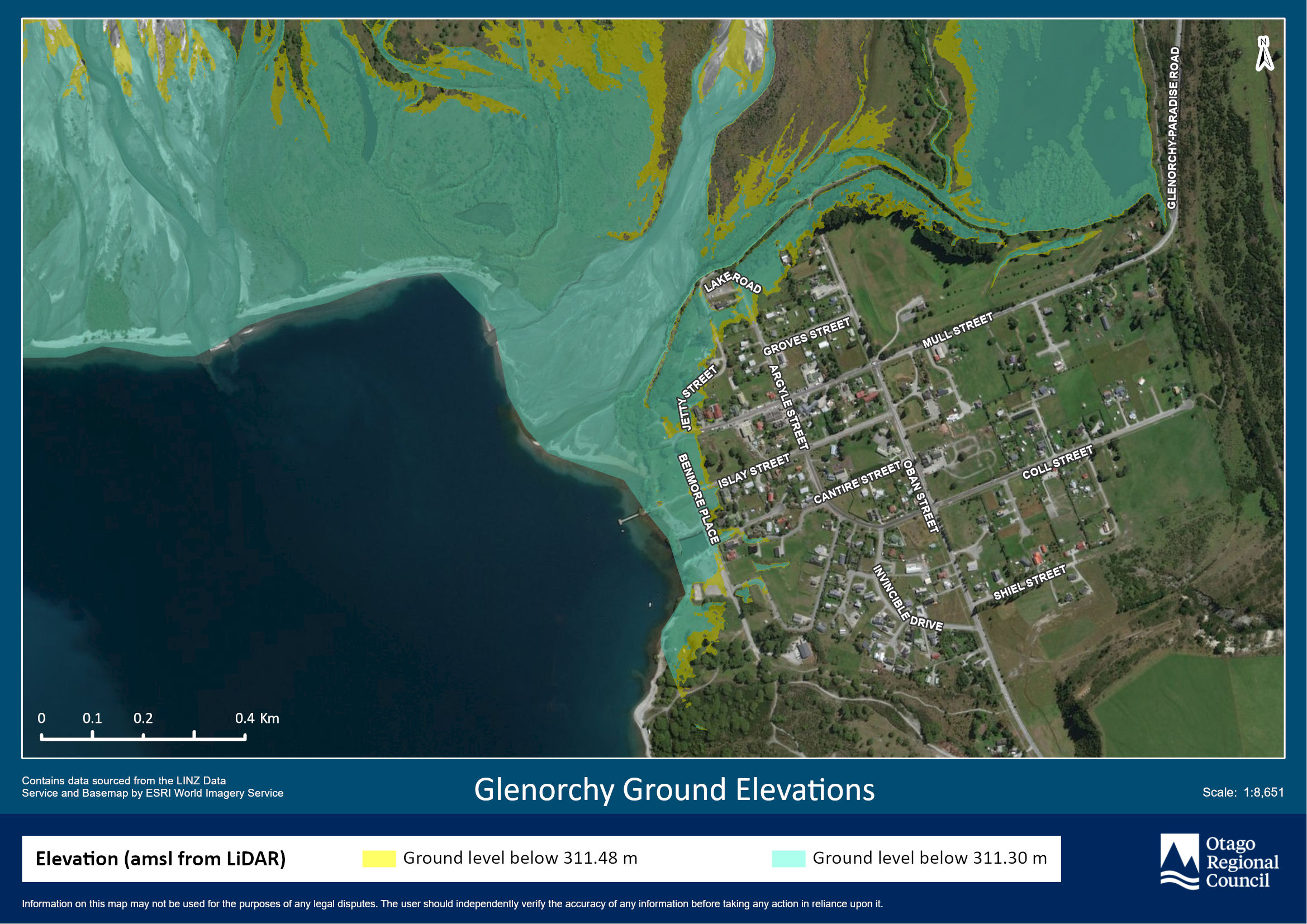 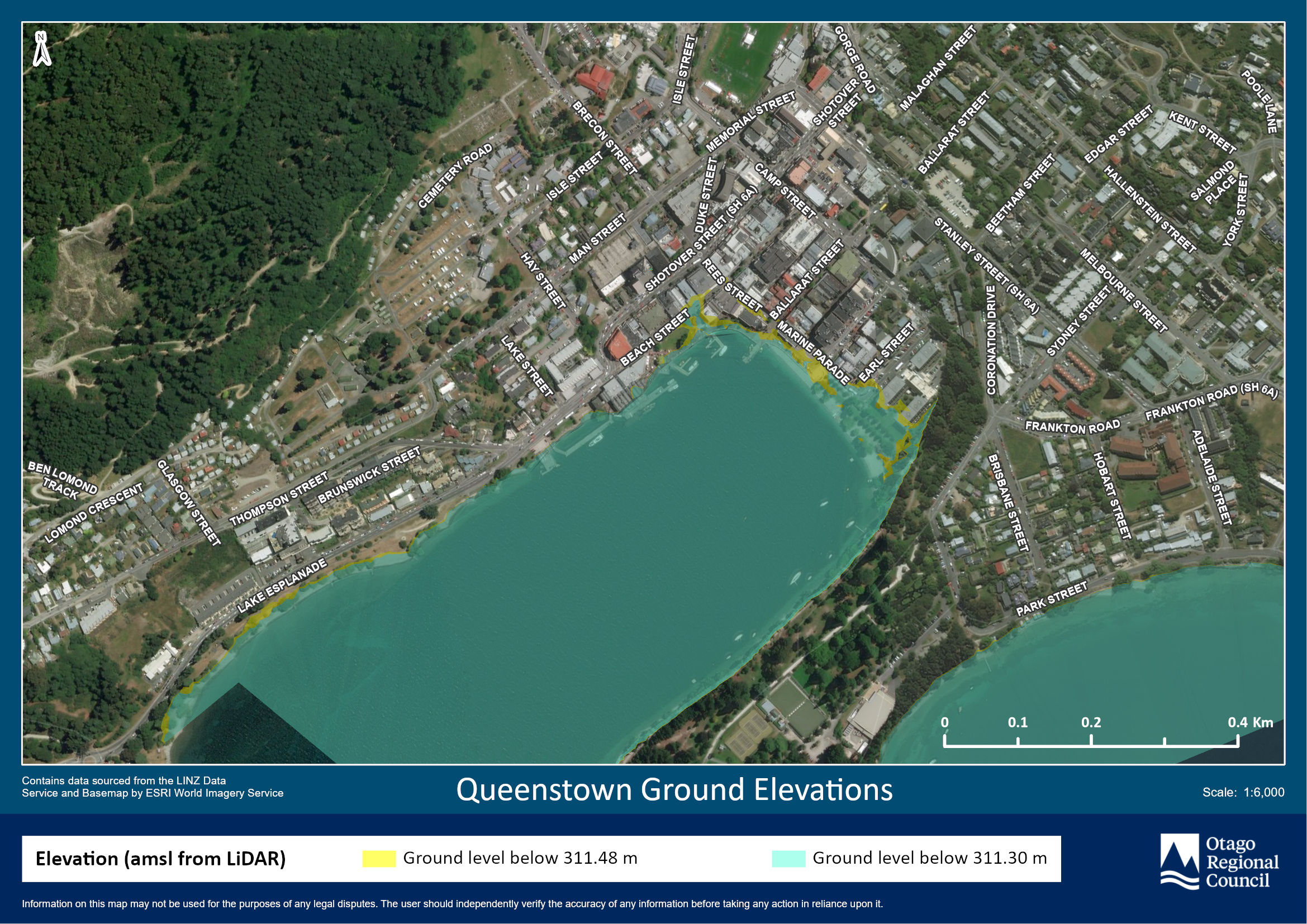 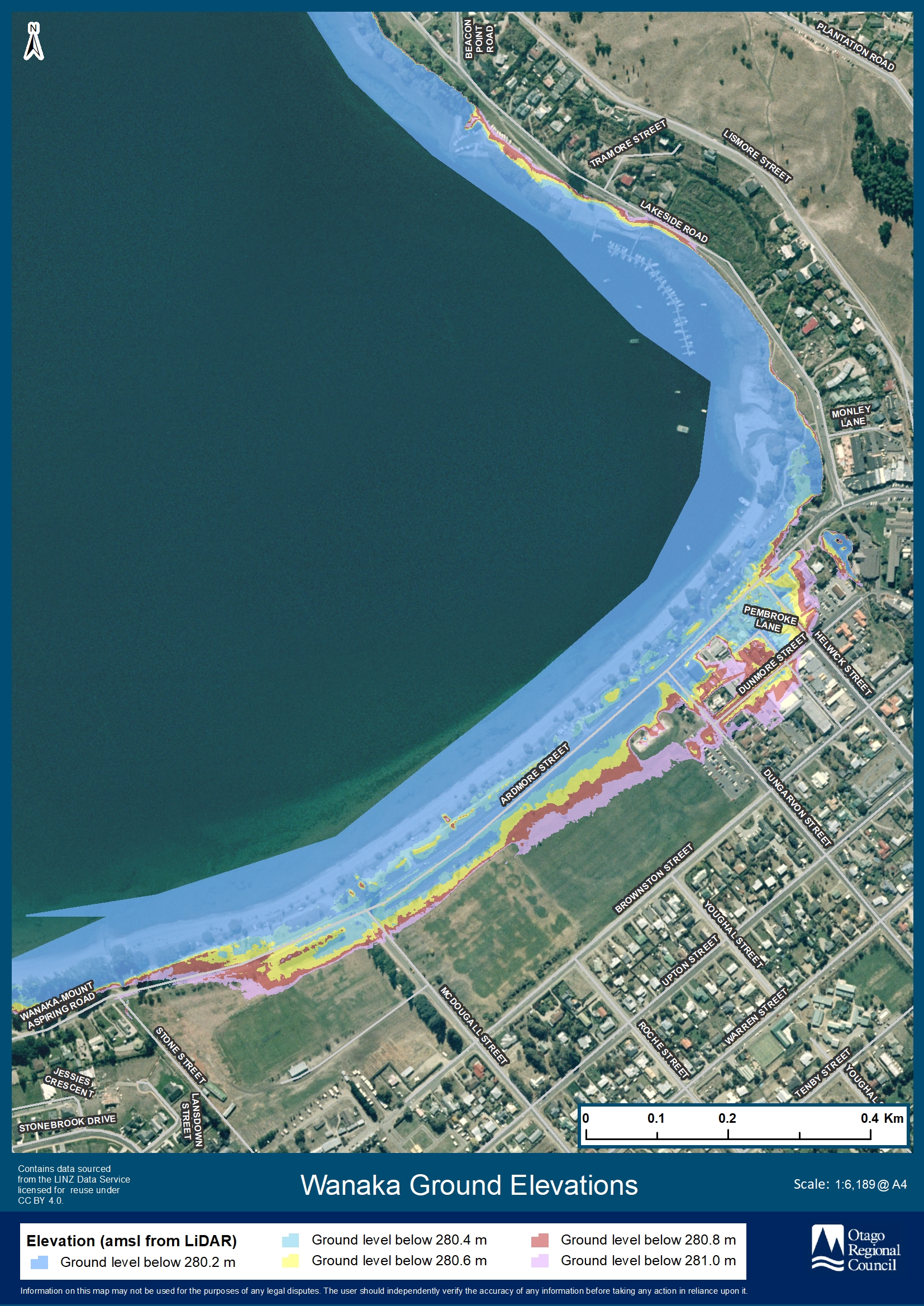 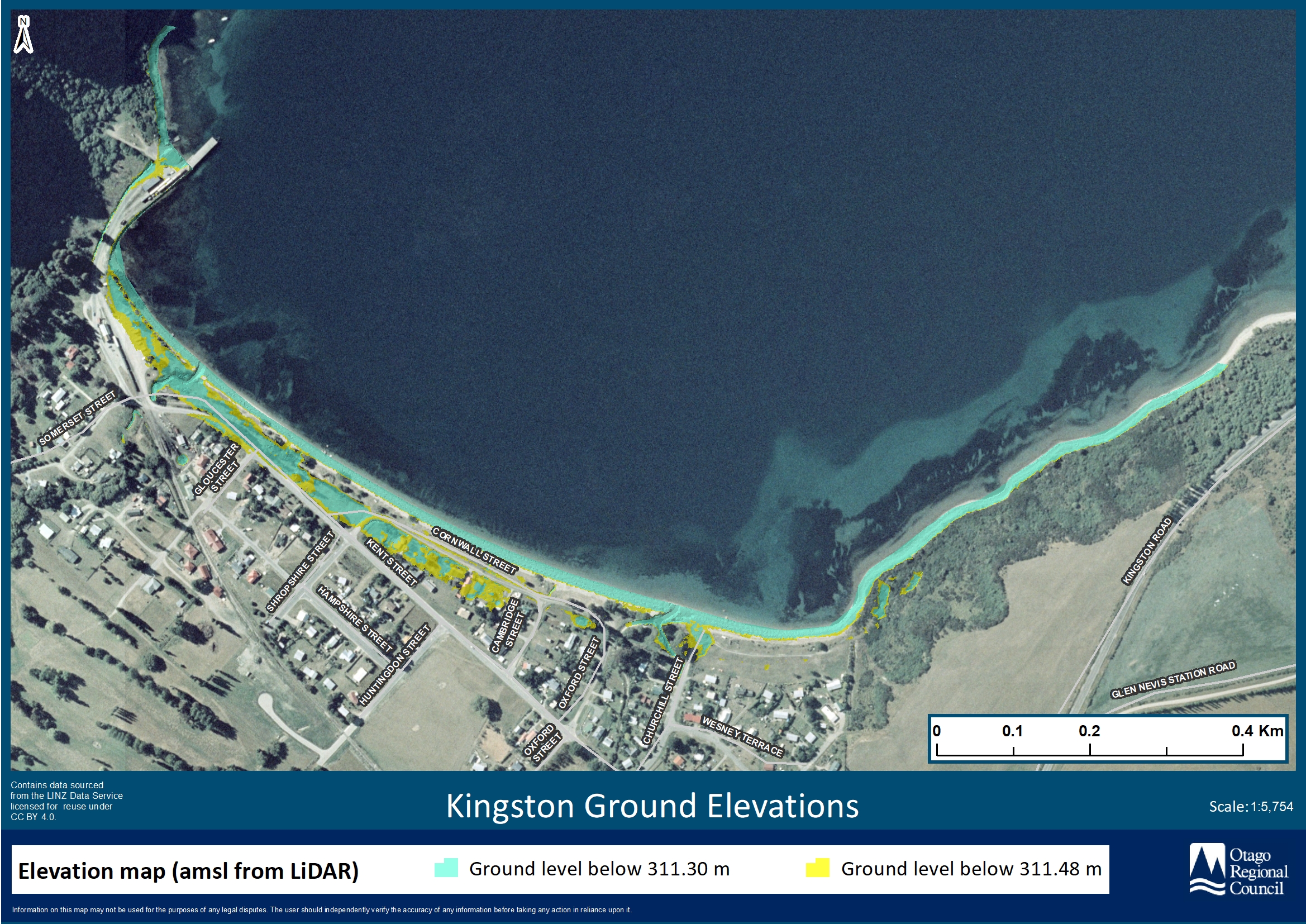