The Ministry for Primary Industries (MPI) is asking farmers and growers of arable crops to look out for a highly invasive pest weed that has appeared on a handful of South Island properties.

Velvetleaf, a serious cropping pest, has been found in fodder beet crops in North Canterbury and Central Otago. It affects many arable crops by competing for nutrients, water and space.

The Ministry is investigating how it got there and building a picture of how widespread the situation is. At this time it appears the finds are associated with fodder beet crops and MPI is looking at all possible ways the plants could have arrived at the properties concerned.

Manager of Plants and Environment Surveillance, Mark Bullians, says it's important those who sowed fodder beet this season check their crop for the presence of this very distinctive weed.

Velvetleaf is a broad-leafed weed that grows to between 1m and 2.5m. It has buttery-yellow flowers which appear over summer and autumn. Leaves are heart shaped and velvety to touch.

"We are hoping that in most cases we will be able to locate any velvetleaf plants and remove them before they can spread their seed. Once seed falls, it can persist for decades, making control a very long term process," Mr Bullians says.

"If farmers and growers find this pest we urge them to photograph it, mark its location so it can be found again easily and immediately call MPI on its free hotline – 0800 80 99 66.

"Calls will be referred to an incursion investigator who will make arrangements to safely remove and collect any plants. We advise people not to remove any plants themselves as this could risk seed being spread."

Velvetleaf is known to be present in the Waikato where it is well managed by the regional council. The South Island discovery looks to be recent and MPI is working with partners in the seed and farming industries and regional councils to manage it.

"Immediate reporting to MPI will give us the best possible chance of dealing with this weed," Mr Bullians says. 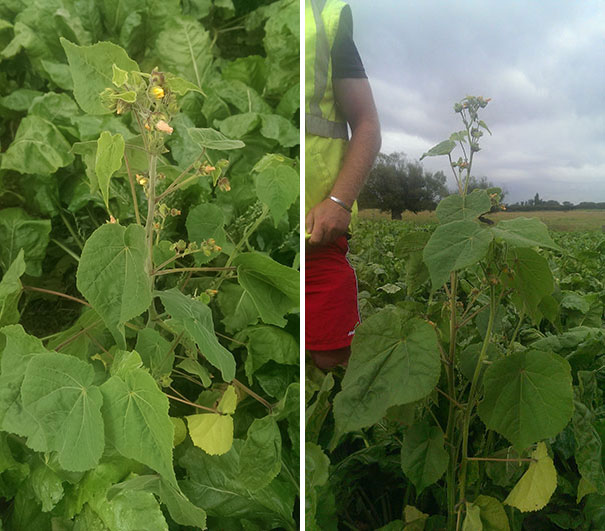