An on-bus passenger survey has shown that bus users in Dunedin are overall very satisfied with the bus service – so if you haven’t taken the bus for a while, give it a try again soon!

Overall satisfaction levels for Dunedin have risen to 93% from 87% last year. Some of the key indicators, such as ‘how often the service runs’ and the quality of bus information, have jumped by at least 20% in the past year following the changes made last September which simplified routes and increased the frequency and quality of services.

During that time we’ve also made some big changes to how we show timetable information on the website, and launched the dedicated facebook page for the Dunedin bus service. We’re really pleased to see big increases in satisfaction with ‘ease of getting route information’ and ‘information about services and delays’.

The survey samples were randomly selected in accordance with NZ Transport Agency guidelines. 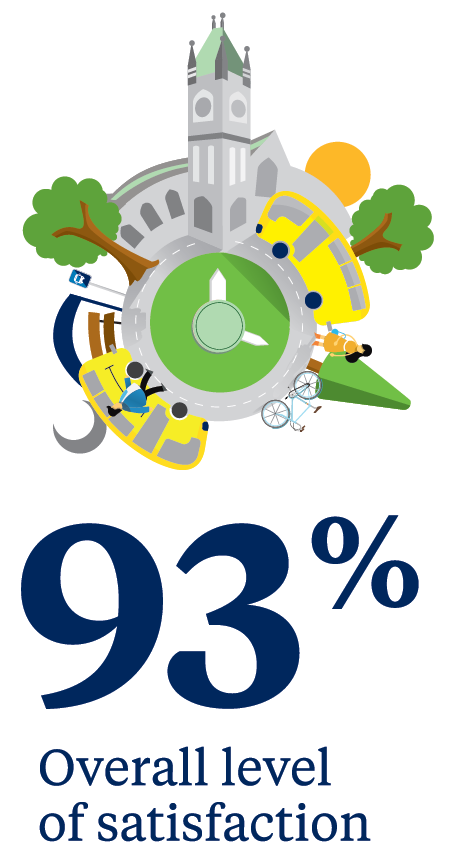