A new high-resolution ground mapping dataset for the Dunedin and Mosgiel urban areas is now available free for public use - revealing in 3D the urban areas’ bared land surfaces. The geospatial dataset will be an invaluable tool in identifying, mapping and managing natural hazards, be it flooding, erosion or landslips.

But it will be especially important for insights into natural hazards.

“In terms of natural hazards, the LiDAR mapping will complement ongoing work on coastal hazards and rockfall in the Dunedin area.”

Applications of the data in the future will include infrastructure management, hydrology and catchment mapping and modelling.

The collection of the data is an ongoing partnership between Toitū Te Whenua Land Information New Zealand and the ORC. 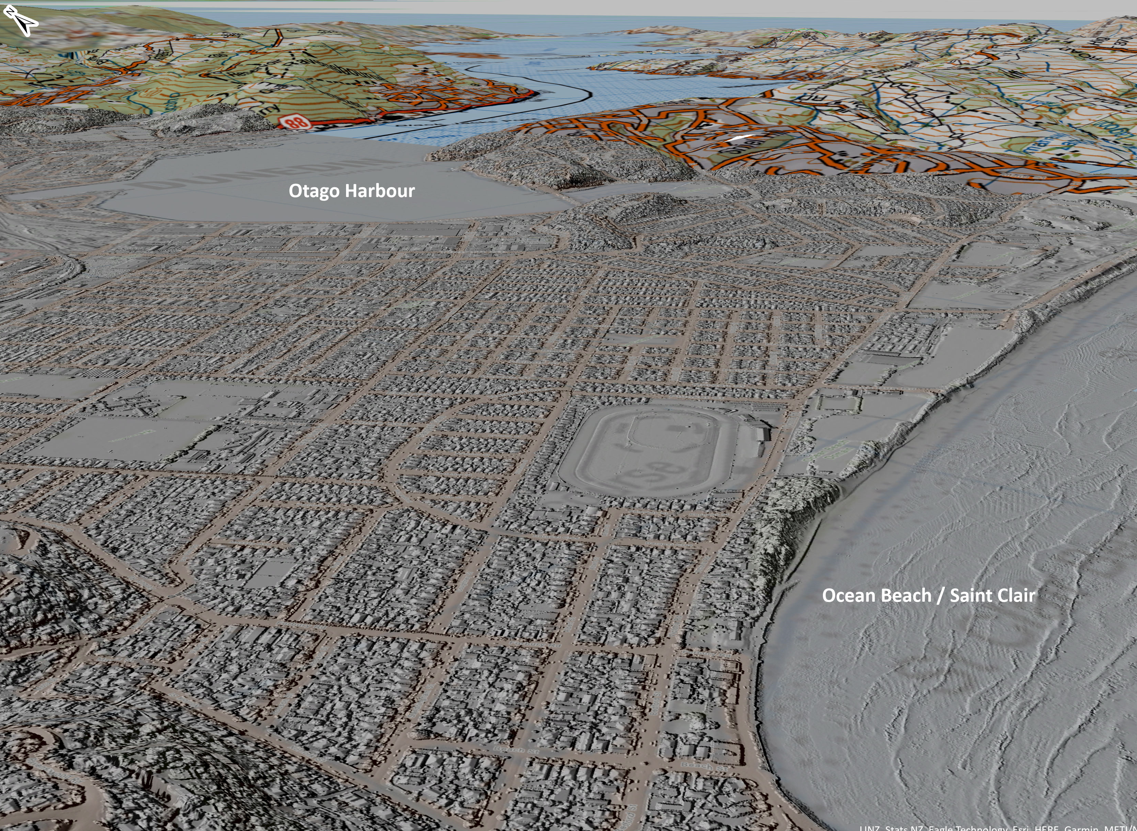 The third and final phase of data-capture will get underway in July in the Manuherekia River catchment, then some surrounding areas in Central Otago, later this year. In total, about 8000 sq km of Otago LiDAR will be collected and publicly accessible. 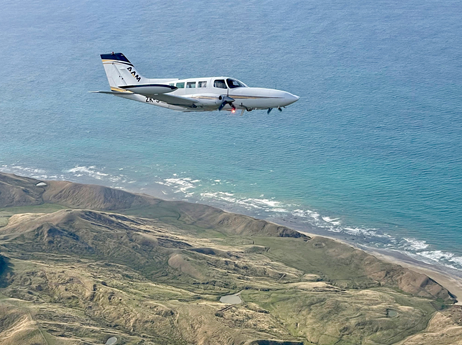 How the data capture works

In low level, fixed-wing flyovers firing light pulses to the ground and in measuring the return echo, the point measurements of the ground surface’s elevation measurements were recorded.

The pulse allows for discrimination between different surface types and ground features, such as trees and buildings against the bare earth ground surface.

The ORC has in the past noted that for natural hazards, a major priority was the data collation of Dunedin city’s coastline and urban areas, with LiDAR complementing other work in those areas.

Next - Waitaki River to the Catlins

The coastal data will eventually run continuously from the Waitaki River, south to the Catlins and cover about 4000 sq km, offering a higher resolution than previous datasets.

To achieve the higher resolution, the LiDAR’s use over Dunedin and Mosgiel area was pinpointed using eight laser pulses per square meter of earth, as opposed to the standard four hits per square meter; the subsequent resolution boost allowing a much more detailed look at the ground surfaces shape and characteristics.

“It’ll give a high-resolution data set for Dunedin and Mosgiel, essentially a ‘lens’ on the elevation of the land surfaces,” Mr Welsh says.

He says the project’s co-funding by the Government’s Provincial Growth Fund supports the regional expansion of Toitū Te Whenua’s 3D mapping programme, which will provide a significant increase in national coverage.

Mr Johns says current LiDAR data coverage across the country is around 25% and is set to increase to 80% by 2024, when the project is due to be completed.

Links to the LiDAR dataset

Links for examples of LiDAR