Coastal erosion is the wearing away of land and beach sediments by waves, tidal currents, drainage or high winds. 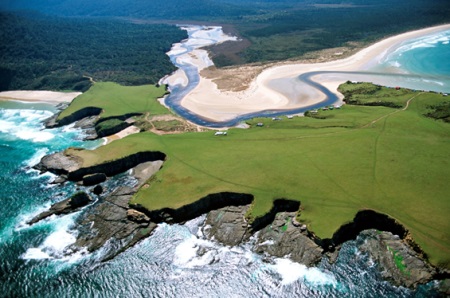 Coastal landforms result from the interaction of the sea with the edge of the land surface.

The rocks that form the cliffs and headlands along Otago’s coast represent the major stages of geological history, from the formation of Gondwana to the eruption of the Dunedin volcano, and modern glacial and interglacial deposits. These ‘hard’ features are generally more resistant to physical processes, and changes in shoreline position will therefore occur relatively slowly.

At 'soft' coasts made up of materials such as sand and gravel, the prevailing physical processes will shape it into a range of landforms, such as beaches, sand spits and sand dunes. This type of coastline is affected by sea level, tides, wind and wave patterns, topography of the land, depth of the sea bed, and the type of sediment forming the shore.

Soft, sandy beaches are sensitive to changes in the natural environment and human interference. This can lead to reasonably rapid (from a geological perspective) rates of shoreline change. Extensive shoreline change can bring about hazards to the local community.

Healthy dune systems, gravel barriers, coastal wetlands and marshes can all help protect inland areas from erosion and inundation by buffering wave energy, slowing water speeds and reducing the movement of coastal sediments. Often where coastal development has occurred, these natural systems are degraded or lost.

What does this mean for Otago's coastline?

Parts of the Otago coastline have experienced noticeable coastal erosion in recent decades.

We have conducted two studies recently to investigate coastal changes in Otago - one at Waitaki coastline and another at the lower Clutha coastline.

These two studies show how the coastline has eroded and changed in the past, and estimate the future rate of erosion. The historical erosion rates and sea level rise estimates were then used to develop projections of future shoreline positions.