A storm surge is a higher than normal sea level, due to changes in atmospheric pressure and wind, which can result in inundation of roads and coastal property over an extended period. 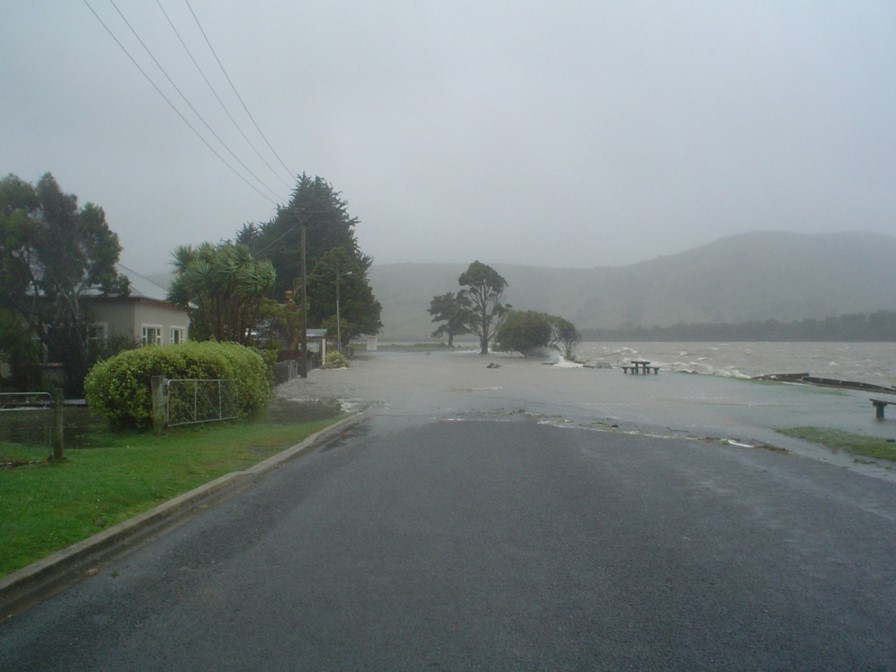 A combination of all or some of the following components can result in higher-than-normal sea levels:

Modelled inundation extents and depths are available for 17 localities along the Otago coast. These include:

There are other settlements and unpopulated stretches of the Otago coast which are also subject to storm surge hazard. The lack of modelled storm surge information in these areas does not mean that this hazard does not exist, rather that ORC does not currently hold the same level of information about inundation extent and depth for these localities.

A range of other information and documents provides relevant information on storm surge hazards. A 2008 NIWA report titled 'Otago Regional Council Storm Surge Modelling Study' is referenced in the Natural Hazards Database stormsurge extents for return periods of 20, 50, 100 and 500 year with three increments of sea level rise (MHWS, 30cms and 50 cms) for 17 locations along the Otago coastline. There is also an older 2005 NIWA report entitled ‘Otago Extreme Sea Level Analysis’ which determines extreme sea levels with return periods of 2, 5, 10, 20, 50 and 100 years for eight locations along the Otago coastline.

An ORC report titled 'Community vulnerability to elevated sea level and coastal tsunami events in Otago' assesses the level of vulnerability at a number of communities along the Otago coastline. An updated assessment of coastal hazard for the Dunedin District was completed in 2014.

The ORC commissioned the National Institute of Water and Atmospheric Research Ltd (NIWA) to determine extreme sea levels with return periods of 2, 5, 10, 20, 50 and 100 years for eight locations along the Otago coastline. Read more

This report assesses the level of vulnerability at a number of communities along the Otago coastline. Read more