The Otago Regional Council is commissioning one of its most significant drainage scheme upgrades on the Taieri Plains in many years.

The Waipori pump station is the largest and most critical of all ORC’s pump stations on the western Taieri. It services a catchment of around 7000 hectares, more than half of which lies below mean sea level.

It is located beside Lake Waipori, around 4km from the Sinclair Wetlands sign on State Highway One, and is just off the Henley-Berwick Road (see attached location map).

The commissioning ceremony will take place on site at 2.30pm on Tuesday 25 March. The official opening and ribbon cutting will be made by former West Taieri Drainage Liaison Committee chairman Alistair Cameron.

ORC engineering, hazards and science director Gavin Palmer said the previous pumps had provided great service since 1933, but were nearing the end of their serviceable life. 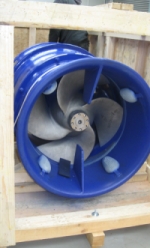 Problems with the operational performance of the station were highlighted during the major floods of 2006.

Investigations began immediately on finding suitable replacement pumps, and specifications were drawn up. The $1.1 million upgrade has seen two new pumps designed and built in Germany for the local conditions. This followed upgrades to the two other pumps at the station in 2007 and 2008.

“The upgrade is vital to assisting drainage of this part of the flood plain which is below sea level,” he said.

Speeches will be followed by a tour of the pump station, Dr Palmer said.