Many of Dunedin’s buses already have bike racks, and by 18 September there’ll be one of the front of every bus.

With Dunedin’s steep hills and changeable weather in the mix, having flexibility with your bike is a real bonus - you can decide to ride one way and not the other, or, if the weather turns to custard part-way through the day, take your bike on the bus home. 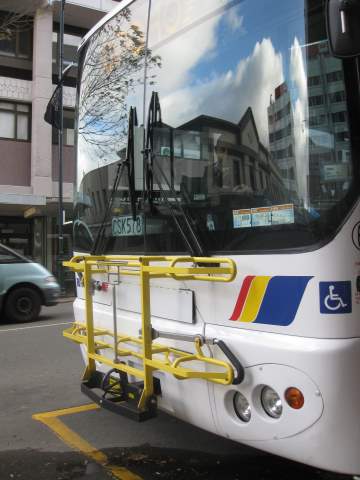 The Regional Council is working together with the Dunedin City Council and the NZ Transport Agency on a strategy to connect and coordinate transportation methods city-wide. The bus service is a key part of this – as are the separated cycleways and improved cycle connections around the harbour and inner city.

The secretary of cycling advocacy group Spokes Dunedin, Tim Vick, said group is pleased to see that cycling is being embraced by local authorities, both through the provision of new safe cycling infrastructure in our city and in the form of facilities like the bus bike racks.

“It is these types of initiatives that help enable more people to feel sufficiently safe to use their bikes, either as a form of transport or just for the fun of going for a bike ride. The number of people riding bikes appears to be continually growing and the bus bike racks will only further help this to continue," Tim said. 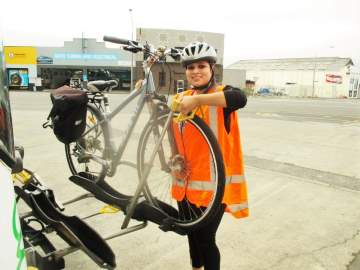