Routine water sampling in the Lower Waitaki Plains region led ORC scientists to determine raised levels of E-coli in the aquifer bores exceeding the guideline for drinking water. Bacterial counts (E-coli) indicated that the groundwater was unfit for human consumption at the time of sampling, without treatment (disinfection). 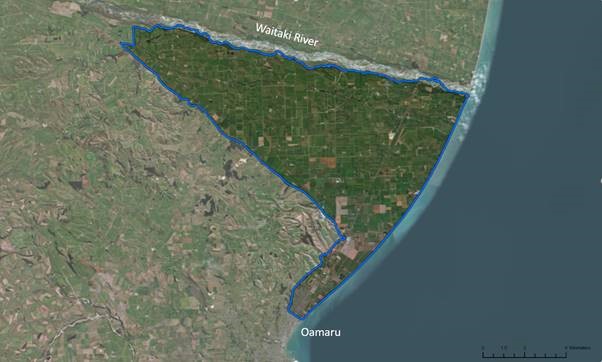 Any water that contains E-coli above drinking water standards (1cfu/100ml) is considered unsuitable to drink and can cause serious long-term effects, especially on children, older persons and anyone with compromised health issues. Symptoms can include severe abdominal cramping, vomiting and diarrhea.

Testing to determine the source of this particular contamination spike in the aquifer has just been completed with an inconclusive result. This was due to the low concentration of E-coli in the sample at the time of testing.

ORC Chief Executive Sarah Gardner said, “Whilst it is well known in the Lower Waitaki community that E-coli can be present in the aquifer, I wanted to bring the E-coli levels in the aquifer to the media’s attention in the interest of human health.”

ORC scientists have committed to testing for a source of contamination concurrently with any further spikes, while the E-coli concentration is high enough to allow them to determine this.

“Determining the source requires a different type of test to the routine water sampling we undertake. Having high concentrations of E-coli present during a spike may allow our scientists to determine what’s causing the issue at that exact point in time. We can then advise the community of the appropriate next steps.” Mrs Gardner said.

“People in the Lower Waitaki region need to remain vigilant and it is still our recommendation that residents do not drink the water. The serious health issue that occurred in Havelock North is a stark reminder of the dangers to human health associated with E-coli,” said Mrs Gardner. “Lower Waitaki Plains residents who source their drinking water from private bores should still assume their source water is contaminated unless they have effective disinfection in place. The drinking water standard is less than 1cfu/100ml (colony forming unit). Even E-coli levels of 2cfu/100ml in drinking water is a risk to human health.”

The Southern Drinking Water Reference Group, made up of representatives from the ORC and other district and city councils across the region will remain focused on way to improve drinking water standards for Otago and Southland.

Letters are being dispatched this week to residents of properties with bores in the area to advise of the outcome of the source test conducted.