100,000 passenger trips were taken on Orbus Queenstown in January 2018 – compared to 41,000 trips taken on Queentown’s former commercial bus service in the same month of 2017.

“This is an outstanding result and well beyond our expectations” Regional Council Chair Stephen Woodhead says. “The passenger numbers tell us that Queenstown has literally got on board, and we thank the local community for their support. Acknowledgment is also due to a huge effort from Regional Council and Ritchie’s staff, who have worked through many challenges to get the service established in a short timeframe.”

“It’s great to see that Queenstown residents and visitors are embracing public transport as a first choice, with its benefits for the environment and reducing congestion,” says Jim Harland, Director Regional Relationships, NZ Transport Agency. “As with any change of such magnitude there were bound to be some initial challenges and we are confident that the Regional Council and Ritchies are resolving them.”

“We’re over the moon about the continued success of Orbus” Queenstown Mayor Jim Boult says. “Every single one of these passengers is potentially a car off the road so this is a huge benefit to Queenstown, both environmentally and in terms of reducing congestion. It’s worth remembering this if you see a bus trying to get out into traffic – they are doing everyone a huge service so be sure to show them a little courtesy and let them in. The better the bus service operates, the more people will use it and the less traffic we’ll see on the roads.”

Regional Council representatives met yesterday with several groups in Queenstown to gather feedback from community groups and representatives from the tourism and business sectors and to give a general update on the bus service.

Operational challenges to date including late running and missed services were acknowledged and discussed. A shortage of available drivers was the primary cause of this, with availability of affordable accommodation in Queenstown being one of the key constraints, Gerard Collings, ORC Manager Support Services said. “We are very much aware that concerns about reliability will have been causing some people to be hesitant about using the service. January’s total missed trips have been around 0.5% of the 7,500 trips – this is well above what we would normally accept as an appropriate standard of service and alongside Ritchies, we are working hard on solving these problems.”

In response to customer feedback received in the first months of the new service, improvements to customer service were also a focus for both Ritchies and the Regional Council, Mr Collings said.

“We are feeling very positive about the future of public transport in Queenstown. We very much appreciate all the feedback we have received from the community and we encourage you to keep it coming, as this is what enables us to grow and improve the service for you” Mrs Gardner said. 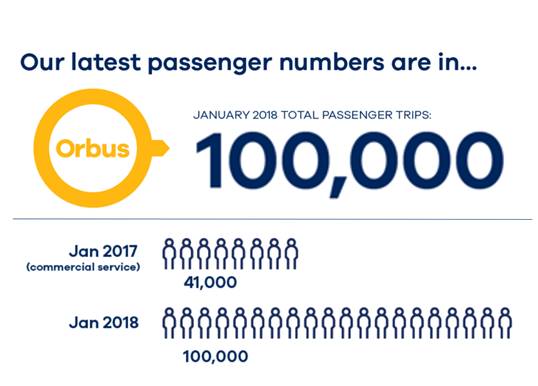