Christmas is coming! Have you been wondering what will happen to the bus hub over this time?

Construction on the bus hub has been delayed due to unforeseen work and poor ground conditions.
After consulting with the affected retailers a majority consensus was reached. Fulton Hogan will stop work on the site at the end of November, giving retailers their Christmas period. Construction will resume again in the New Year.

Bus hub construction has been delayed

What does this mean for Great King Street?

The Fulton Hogan crew will leave the site at the end of November. The street will be fully accessible, with 2-way traffic and access for pedestrians. Car Park spaces will become available where possible. Power poles will be installed in early December but this will only have a localised impact. Construction will commence again in the week starting 7th January and will be 6 days per week. Fulton Hogan will be working through the day and at night to finish the bus hub.

What will the central-city bus hub look like when complete?

The bus hub, when completed and in service, will feature 10 bus bays, shelters providing protection from the elements, electronic signage (including realtime information on bus arrivals), public toilets, free wifi and a kiosk.

The new variations to this service are planned to start at the beginning of the school year. This will see the 7.57am service leaving Portobello leave at 7.47am instead. There will also be an addition a service that leaves the city at 3.08pm. Both these services will travel an alternate route that has been designed to accommodate travel for schoolchildren in the area. 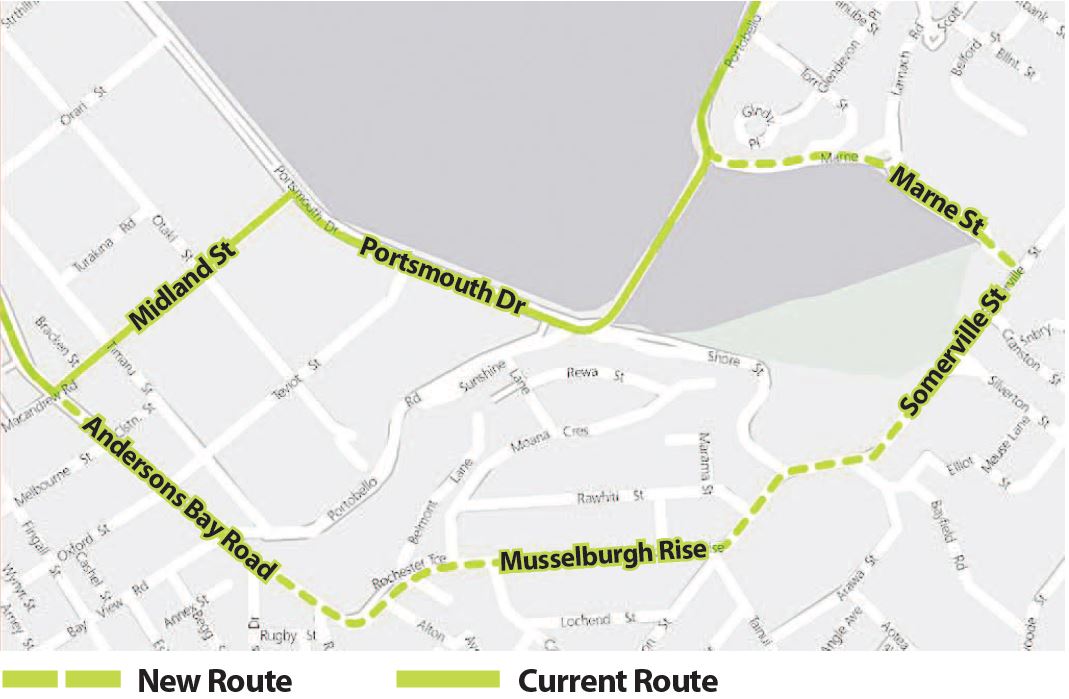 Want to be kept up to date with bus information?