With the Dunedin Central City Bus Hub opening next month, we’re also introducing a new map to help you plan your journey.

In the past you will have received a new timetable booklet whenever there’s been any big changes to the service bus service. The booklet has included a lot of detailed tables as a guide to bus times, and a map diagram.

Since the last booklet was published in 2017, we’ve reviewed how we share information about our bus service from timetables, signage and how the online journey planner functions

We heard from the community that the map diagram hasn’t been as user-friendly as it could be.

We also know that for many people, online is the first choice destination for finding timetable information via our Journey Planner and online timetables.

Another thing to consider was that our buses are now on much more regular timetables, and following the same route every day of the week – which means it’s much easier to keep track of the timetable for routes you use often. For example, your route might run every half hour at peak commuting times, and hourly in the evenings and through the middle of the day.

We put all of these factors in the mix, and checked in with representatives of different kinds of bus users – and we also put out a call for feedback via this column (thank you to those who responded!).

What we’ve come up with puts more focus on a user-friendly map, and less focus on tables of times.

The new fold-out, A2 route map and timetable in one is a nifty, purse or pocket-size pamphlet that displays routes in colour on an actual map to scale, complete with street names. On the other side are the individual routes with the regular ‘clockface’ frequencies, and handy graphics and copy to indicate peak times, variations and other pertinent information.

We’ve also been working on small tweaks to our web-based information to make sure it works well alongside the new print material.

Real-time technology is also in the works for later this year, and will see bus users able to track the precise location of their bus online.

Keep a look out for your new pocket-sized folded map arriving in your mailboxes in the coming weeks. They will also be available on the bus. 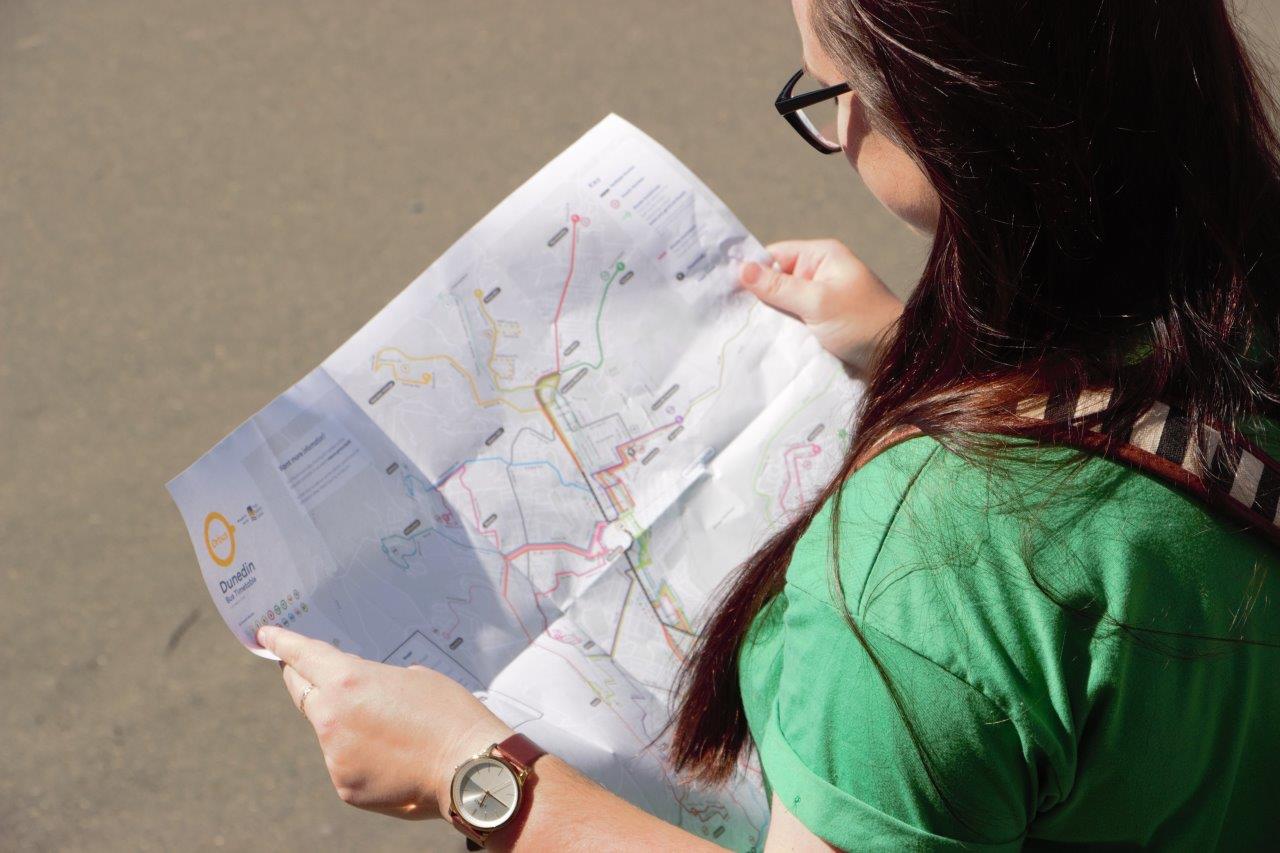