Otago Regional Council (ORC) staff responded this week to a report of about twenty rooks on a farm in the Maniototo, and confirmed the sightings.

ORC Team Leader Biosecurity and Biodiversity Richard Lord said the next steps would be continue site inspections of known rook sites in the area.

“Fog hindered some recent site inspections, but we’ll continue the search and will implement appropriate control measures if any are located.”

Rooks are included in ORC’s proposed Regional Pest Plan as a pest to be eradicated. Large flocks of these birds can inflict thousands of dollars’ worth of damage to Otago's grain and new grass crops.

Rooks are now in the region in low numbers, following control efforts that reduced the Otago rook population from thousands at its peak to around 50. They have previously been spotted in the Kyeburn, Patearoa and Gimmerburn areas of the Maniototo.

“The small population of rooks in the region make it difficult to identify and destroy them, meaning reports from the community are essential,” said Mr Lord.

ORC’s Pest Plan prohibits unauthorised individuals from poisoning, capturing, trapping or shooting at rooks, or interfering with a rook nest. Such actions can result in the rook population scattering, and new colonies being formed; the birds can become wary, making them much more difficult to control.

Instead, if you have rooks on your property or observe them anywhere in Otago, please report them to ORC by calling us on 0800 474 082.

Rooks are part of the crow and raven family. They are completely black, and larger than magpies. Their feathers can have a purple or bluish-purple sheen in bright light. 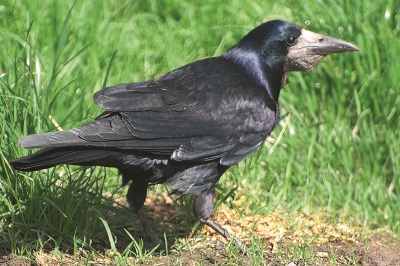