Working together for the Manuherekia River catchment

As part of our work on freshwater, ORC wants to find out how people use the Manuherekia* River, what they love or value about it, and how they want it to be managed in the future.

Feedback from the community will help ORC develop a Manuherekia Rohe Plan framework as part of our review of the Water Plan.

As well as public consultation online and in meetings (details at www.orc.govt.nz/manuherekia), ORC has formed a Manuherekia Reference Group (MRG) with representatives from Kai Tahu, the Department of Conservation, Forest and Bird, Central Otago District Council, Fish and Game, the Central Otago Environmental Society and irrigators.

The MRG meets monthly to facilitate discussion about community and stakeholder interests and aspirations for the Manuherekia, and to assist ORC with the development of community objectives (which is another way of saying how the river will be managed) for the catchment. The MRG is aiming for an intergenerational vision for managing water in the future, and will be asking the wider community for their input.

The MRG has an independent chairperson, Alec Neill, whose role is to facilitate discussion. Mr Neill commented at the last MRG meeting in Alexandra that “Each member of the group brings an understanding of the Manuherekia catchment to the table, including environmental, social, economic and cultural perspectives, from the past, the present and for the future.”

He also recognised that the conversation “is not starting from scratch” – considerable work was undertaken by ORC and the community around values-gathering and discussion in 2017. Mr Neill also noted that the community itself has spent considerable time articulating its values through the Manuherekia River Strategy process chaired by Allan Kane.

A key role of the MRG is to identify a range of possible solutions for improving the environmental and economic state of the Manuherekia, including—if necessary—a view on the rate and scale of investment required to progress positive change. Technical information on hydrology, ecology, water quality, farm systems, climate change and future land use is provided by a separate Technical Advisory Group.

“The group discussion will include a debate on the benefits and costs of a range of regulatory scenarios for both the catchment as a whole and specific areas within the catchment,” said Mr Neill. “This may involve identifying common ground and points of disagreement, and the reasoning behind these points.”

The group will ensure that the concept of Te Mana o te Wai—putting the needs of the river first—is considered in the development of the Manuherekia Rohe Plan. This concept reflects the recognition of fresh water as a natural resource whose health is integral to the social, cultural, economic and environmental well-being of communities and is required under the Resource Management Act. Te Mana o te Wai is also an integral part of the National Policy Statement for Freshwater Management 2014. 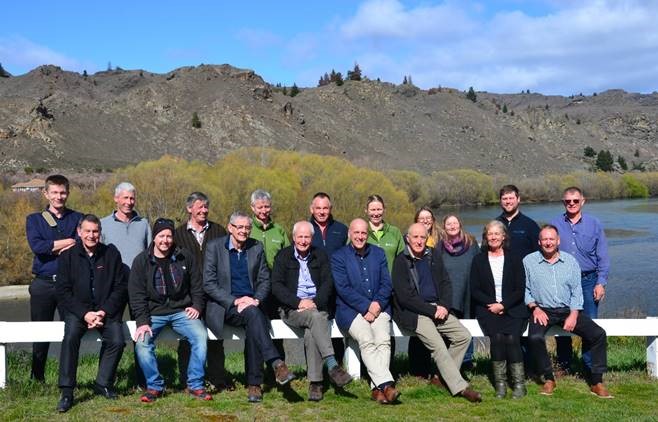 The Manuherekia Reference Group and ORC staff pictured at the confluence of the Manuherekia and Clutha River after their meeting on 11 September.

*ORC uses the Kai Tahu spelling of the river.