Storm surges and a very high tide earlier in the week created issues at a number of Otago river mouths.

Over several nights this week, high tides combined with storm surge inundated parts of the Otago coastline and forced water in over beaches and sandbars in low-lying areas.

Parts of Brighton were affected, with water reaching the local store and flooding around the camping ground where people are on Covid-19 lockdown, and similar issues at nearby Taylors Creek. A community effort at Brighton, involving the police and fire service, provided sandbagging.

North of Dunedin, storm surges affected Long Beach and Waikouaiti. Clutha River mouths did not have any issues due to the volume of water enabling them to flush out sandbar build up.

“ORC engineering staff monitored the high tides during the night until they receded, and then assessed what could be done during the day to enable built up water to release back into the sea. On Thursday, ORC contractors opened both Brighton and Taylors Creek mouths, and staff are continuing to monitor and intervene on coastal mouths at Long Beach, Tomahawk and Hawksbury.”

“There are a number of risks if these mouths don’t freely allow out to sea, which is why this work is considered essential. Excess water can cause erosion, it can flood estuaries and lagoons, and it can threaten communities in some instances as we saw this week. There’s also a wider environmental and social impact that coastal flooding can have on beaches and coastal habitats,” Ms Mifflin said.

“This was an unusual event for our team, because the usual challenge is dealing with high river levels not being able to flush, due to sand build up in the mouth, but in this case, it was the sea inundating river estuaries.”

Ms Mifflin said engineering staff would continue to monitor the mouths over the weekend.

“The river mouths are now functioning as normal, but we’ll keep a close eye on them in the next few days as per the weather forecast.” 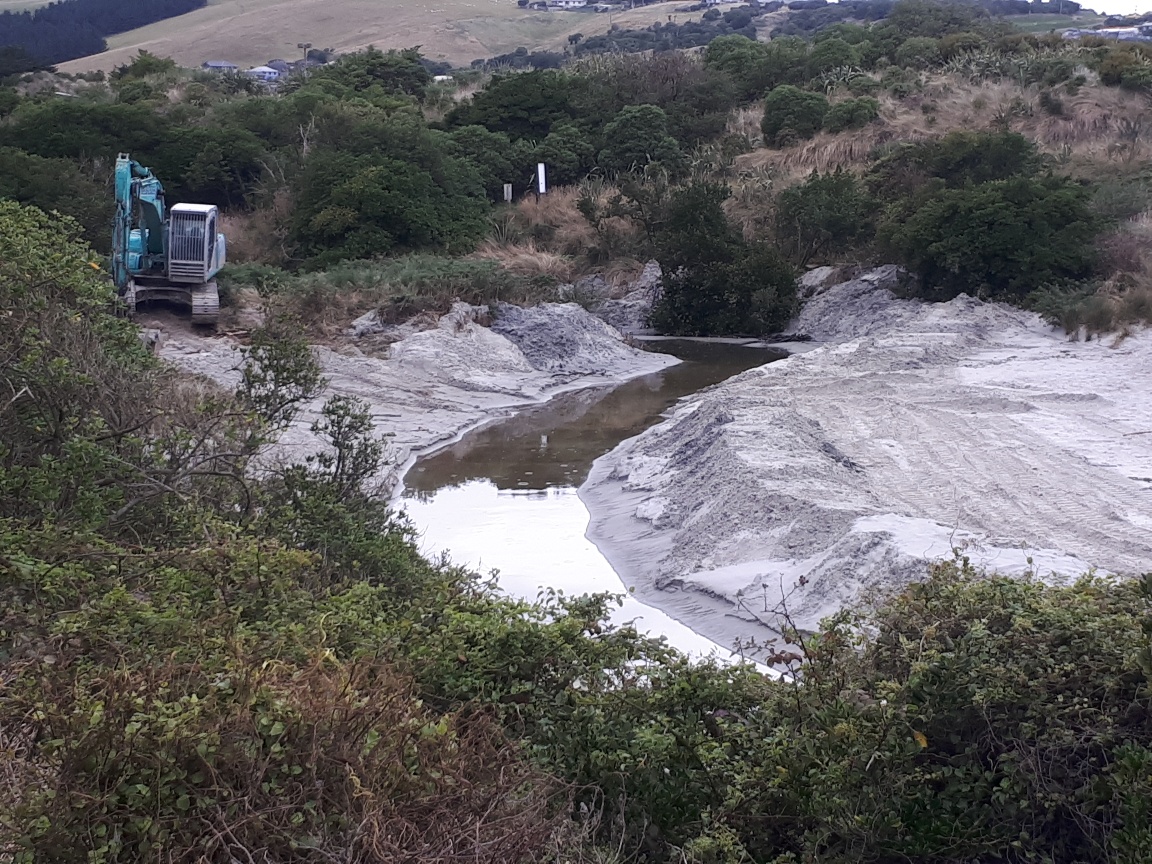 The widened channel at Tomahawk on Friday morning, 17 April. 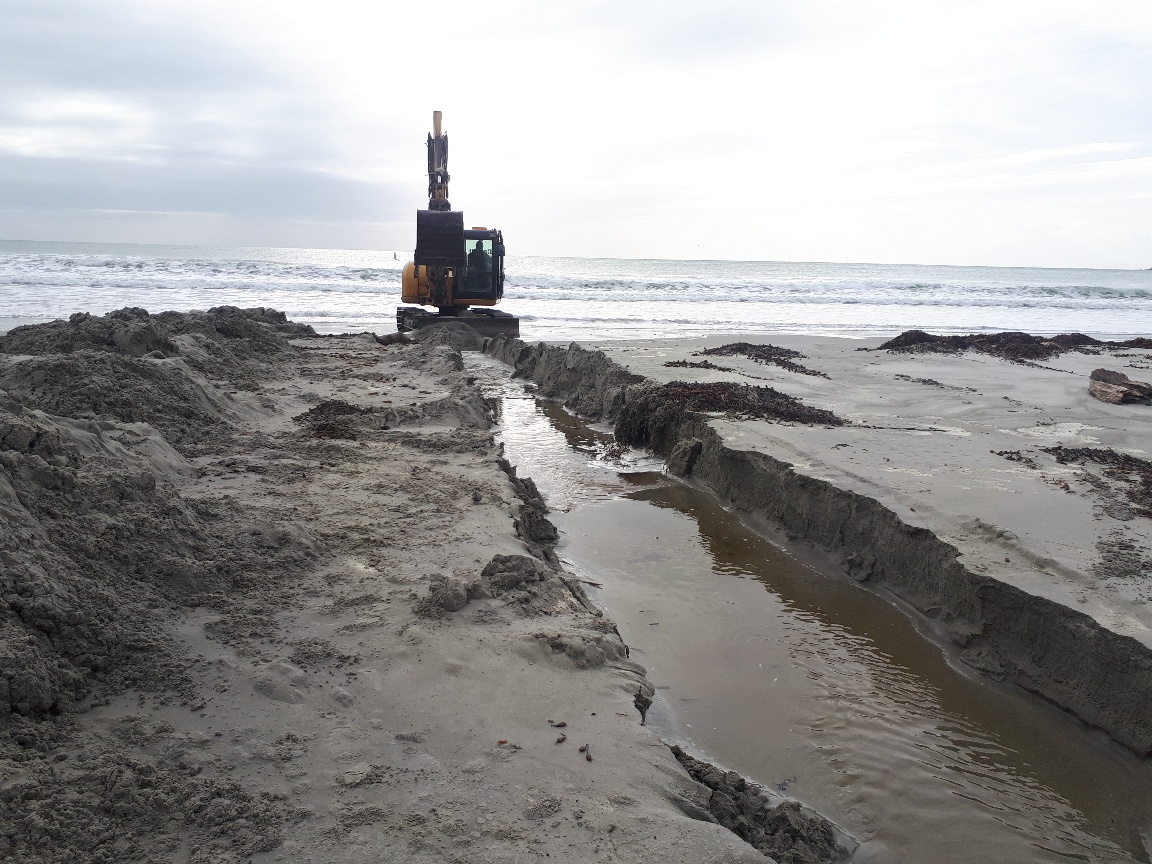 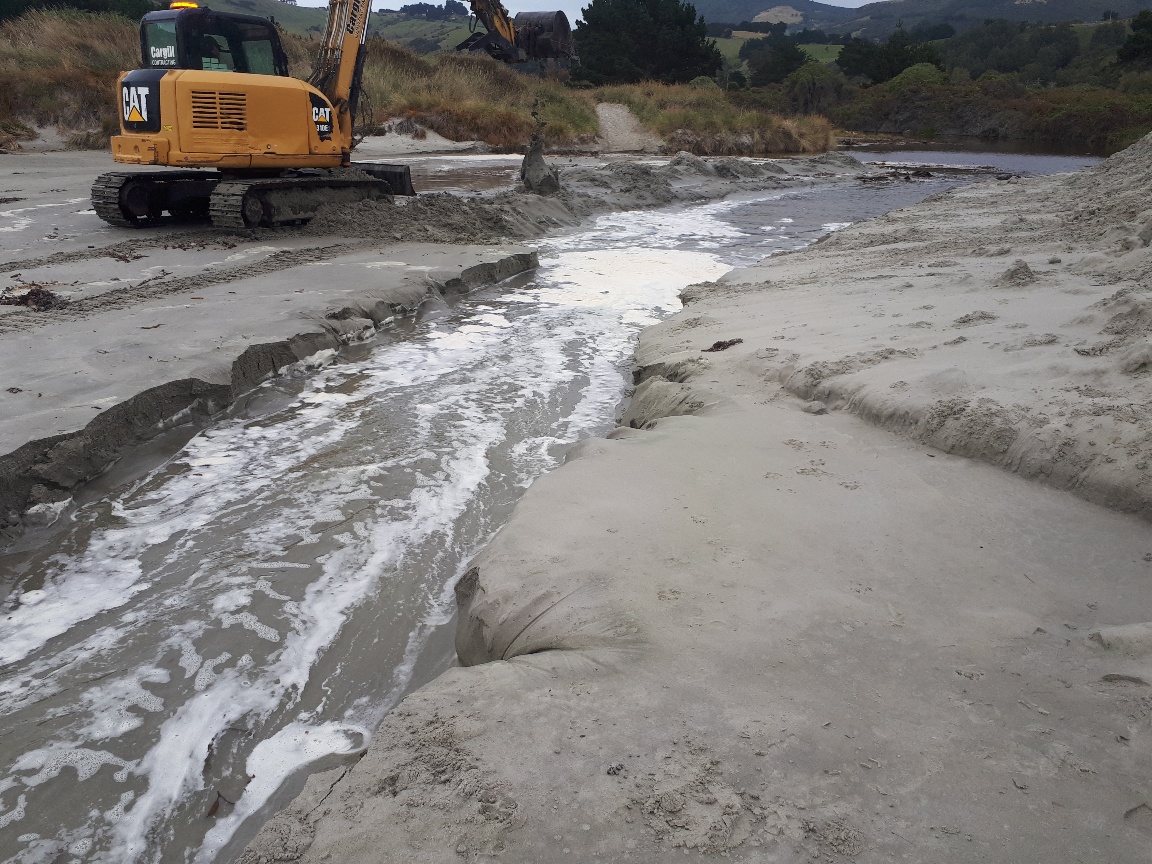