The funding from Biosecurity New Zealand is part of an accelerated investment in jobs for nature, particularly in the Queenstown Lakes area.

The Otago Regional Council (ORC) has entered into funding agreements with Biosecurity New Zealand as part of its National Wilding Conifer and National Wallaby Programmes for operations commencing between this year and 2024.

Under these agreements, ORC will receive funding over the next four years, starting with more than $6.28m in 2020-21.

$5.9m in funding has been allocated for wilding conifer management in Otago during this year.

$373,000 in funding has been allocated for wallaby control in the current financial year, with further years’ budgets yet to be confirmed.

“Wilding conifers and wallabies are both significant pests with economic and environmental impacts on Otago. This funding is a big step-up that will greatly assist the region in controlling these pests.

“The budget for wilding conifer control includes $5.244m allocated to the Wakatipu area in the current financial year. This will be welcome investment in one of the parts of New Zealand hardest hit by the impacts of Covid-19,” Dr Palmer said.

ORC will provide funding to the Central Otago and Wakatipu Wilding Conifer Control Groups and the Department of Conservation to enable them to carry out control works.

ORC also contributes $200k in grants to the two trusts, as well as staff time managing the wilding conifer programme in Otago. 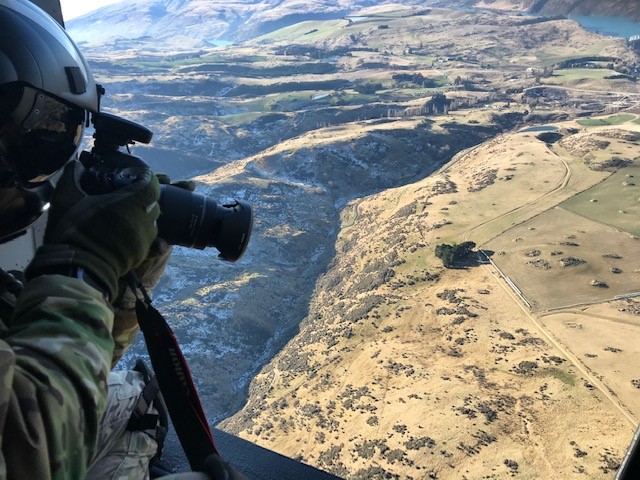 Monitoring the spread of wilding conifers from an RNZAF helicopter earlier this year, as part of the National Wilding Conifer Programme.

This is the first year ORC has received national funding for wallaby control. ORC will work collaboratively with Environment Canterbury and other partners to eradicate wallabies in Otago.

Most of the national Biosecurity New Zealand funding is earmarked for control operations to find and eradicate populations outside of traditional containment zones, while limiting populations within these zones to reduce dispersal of wallaby into new areas.

Wallabies are a serious pest in New Zealand and populations have been expanding numerically and geographically for a number of years. They are classified in ORC’s Regional Pest Management Plan as pests to be managed under an eradication programme.

Wallabies have a significant impact on indigenous forest through browsing on undergrowth and regenerating plants. They compete with stock for pasture and fodder species, consequently reducing stocking rates. Wallabies have also been known to damage fences, contribute to erosion and cause damage to plantation forestry seedlings.