Once again, the public and our operators have together chosen their top drivers - this time for December and January. Well done Drew Bhagat from Ritchies and Gabriel Mananui from Go Bus.

We are now nearing the end of the Driver of the Month campaign and need to think about what do next. We really want to keep the channel open for people to compliment the drivers, so let us know what you think.

These are the three options we are proposing:

Gabriel Mananui wanted to give his Branson Meal Voucher away to a passenger and her mum. This gives you some indication of the lovely nature of this driver.

Gabriel, originally from Lake Taupō, trained as a chef at Mount Cook in the late 90s. Since then he has travelled for his work, with his last job working as a chef at the mines in Perth. Getting on in age (his words – we think he’s a spring chicken!), he wanted something a little less stressful and to be closer to family. With a daughter and a 9- and 6-year old grandchild here, he settled on Dunedin, saying, “My grandkids are my life!”.

He got his P licence and three years ago started driving for Go Bus.

“I love driving around,” he says.

“Every day is a good day, and I always say, ‘Have a good day’. You’ve got to set that positive vibe.”

He enjoys getting to know his passengers, in particular the older passengers who, he says, always have a good story to tell.

“They deserve respect and to be treated well,” says Gabriel.

This modest grandad was surprised he was voted, but his colleagues and passengers aren’t. Make sure you give Gabriel a smile next time you see him.

Dhruv ‘Drew’ Bhagat, our youngest Driver of the Month, used to drive trucks in Christchurch. Before that he was in hospitality. Driving a bus, he says, is like combining both.

“All I do is treat everyone as though they are family, as though you are letting your family on the bus.”

He thought it was a joke that he’d been chosen, until he saw his name on Facebook. He’s pretty pleased now.

Talking about family, Drew’s is spread all around the world. After growing up in India he decided to live somewhere else, and rather than Canada, the US or Australia where other family members live, he settled upon New Zealand. He joined the construction industry where he was often driving small trucks for work. He decided to get his truck licence and P endorsement. The 27-year old joined Ritchies in spring last year.

Drew runs the night shifts primarily as a fill-in driver, helping out when drivers are unwell. He has made a good impression, with his employer and passengers recognising him for being safe and friendly. 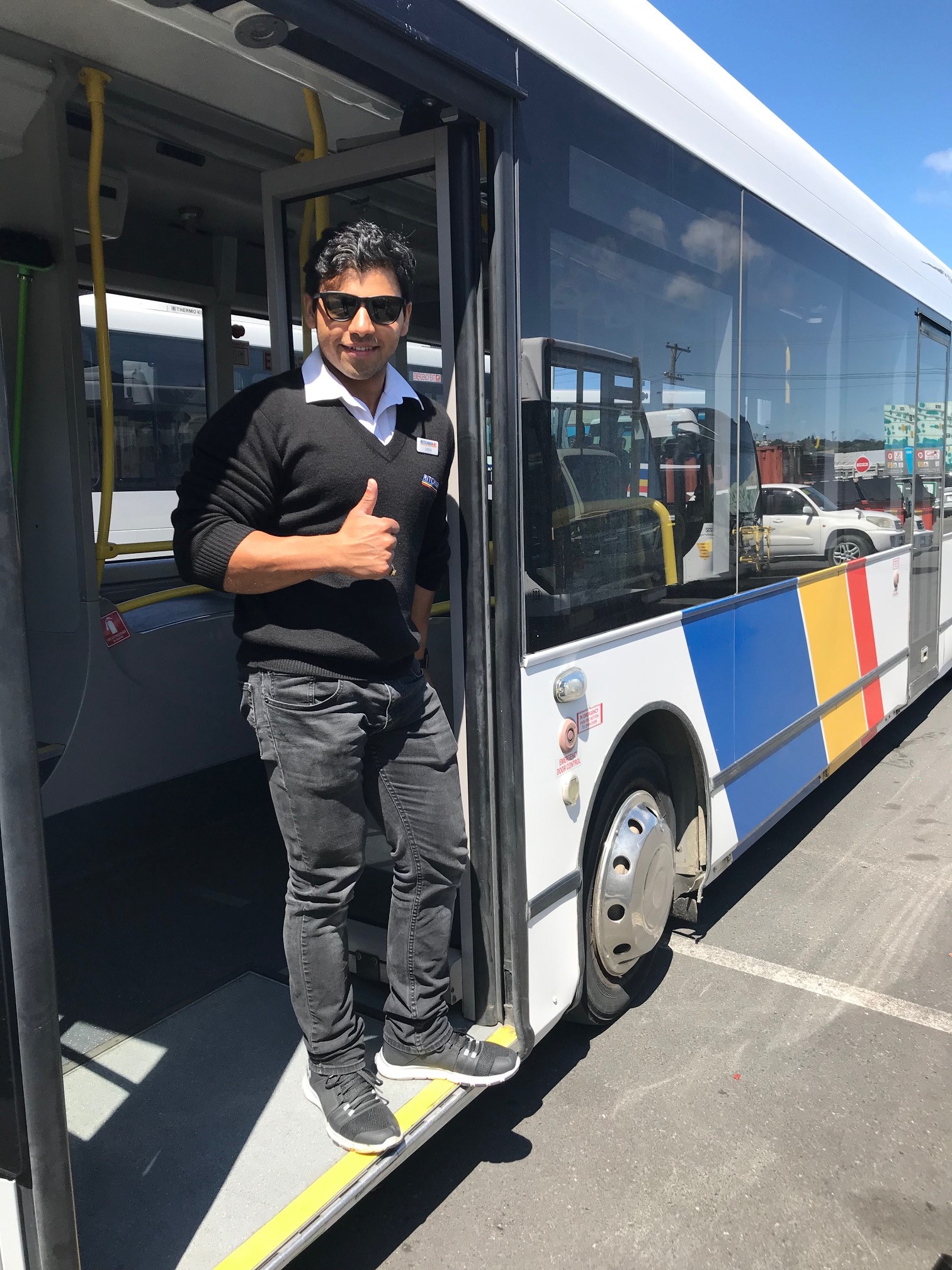