A successful operation led by the Otago Regional Council (ORC) this morning has removed a large poplar tree from the Clutha River at Albert Town. The tree fell into the river after December’s high river flows accelerated riverbank erosion.

ORC Manager Engineering Michelle Mifflin thanked those who had helped to remove the tree.

“We had a great extended team of ORC staff, the QLDC Harbourmaster and Parks and Reserves, and NZ Transport Agency’s contractor Aspiring Highways, along with Go Jets Wanaka and Mike Hurring Logging and Contracting. Everyone did their bit and everything ran smoothly thanks to careful planning and prioritising safety.”

Ms Mifflin said it wound up being a “huge” exercise that was well-executed.

“Because of the inaccessibility of the riverbank where the tree had fallen, as well as the size of the tree and the speed of the Clutha current, we had a very detailed plan and contingencies for all possible risks.

“We looked at a few options for removing the tree, even the possibility of using a helicopter, but settled on the approach of using a bulldozer and excavator upstream on the far bank, and winching the tree across the river. It seems complicated but it was really the best solution for the conditions.”

Ms Mifflin said the tree needed to be removed for safety and to protect infrastructure.

“It was a bit like an iceberg because a lot of it was invisible under the water, and that could have posed a safety risk to swimmers and kayakers. There was also risk that it could damage the riverbank or the downstream bridge if it was mobilised by the current.”

ORC’s Engineering team’s is required to remove obstructions that are detrimental to flowing river systems and waterways. The crew also felled and removed another poplar on the riverside, which was at the same risk of erosion. 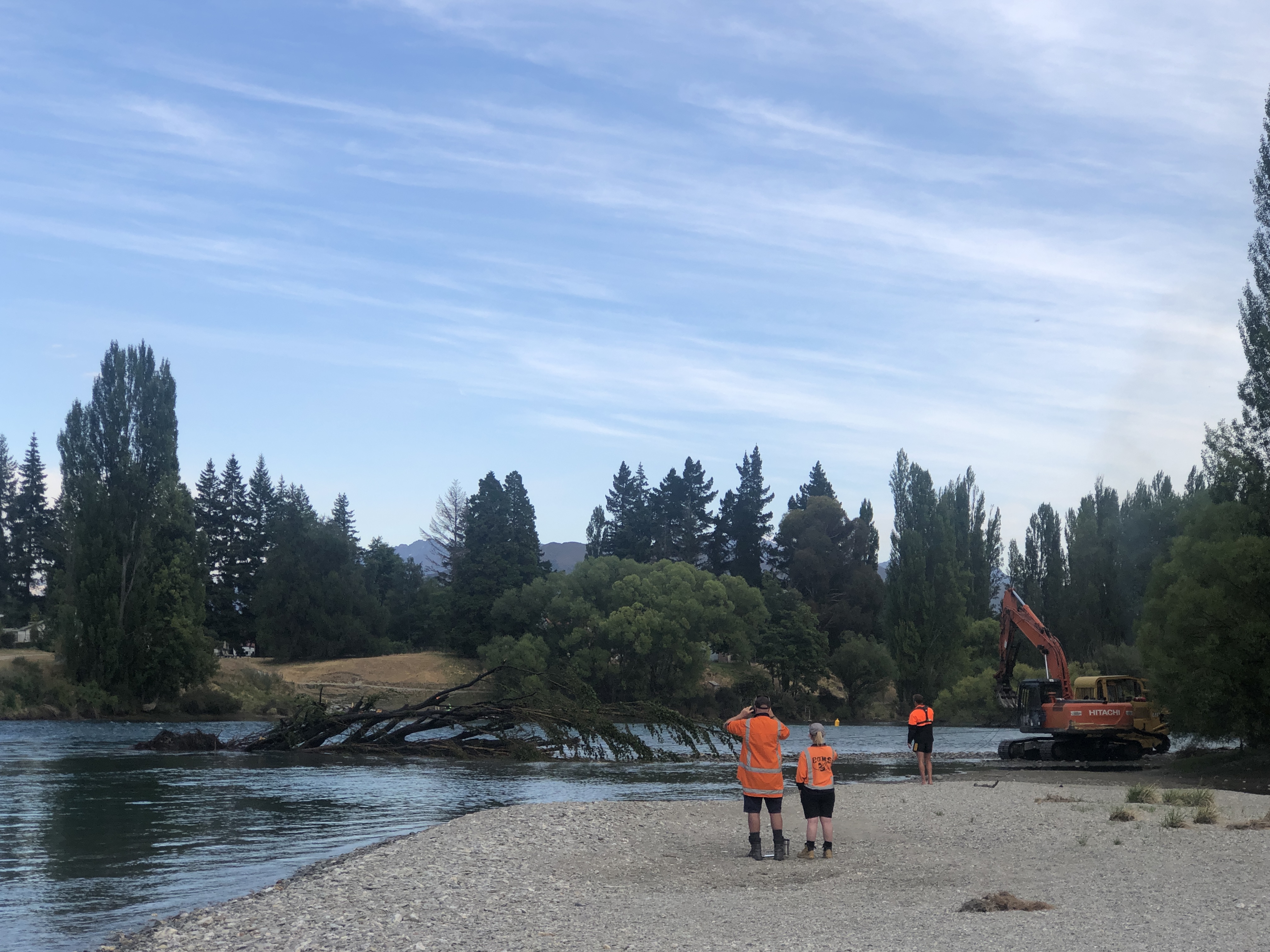 Staff monitor the tree as it nears the far riverbank, winched by an excavator.