Over the summer months, Otago Regional Council’s (ORC) biosecurity team are out and about inspecting properties for Old Man’s Beard. ORC is asking for support from the public to control this pest plant and stop it from spreading further.

The vine is easiest to spot during the summer months when it’s in flower. As it matures, its flowers get a distinctive woolly look to them, a bit like an Old Man’s Beard–hence the name.

It may look beautiful while flowering, but Old Man’s Beard is one of the most threatening climbing plants introduced to New Zealand. Originally introduced as a decorative garden plant, it jumped the fence and is now threatening Otago’s biodiversity by smothering native species.

Old Man’s Beard (or Clematis vitalba) spreads easily, producing up to 1,000 seeds per square metre which are spread by wind, water and birds. And it grows quickly: a stem can produce up to 10 metres of new growth in a season.

“We already have a lot of garden enthusiasts in the community who have been doing their part to control this plant–which is great, because we need support from the community to trim Old Man’s Beard around the region.”

Under ORC’s Regional Pest Management Plan, the rules for Old Man’s Beard require everyone in Otago to destroy the plant on the land that they occupy. However, getting rid of it just once may not do the trick, as it grows aggressively and often needs ongoing control.

“We recommend either digging out the roots, or cutting vines close to the roots and treating them with herbicide. It’s best to leave the cut vines where they are to break down naturally, rather than heaping them on the ground where they can take root and grow new plants,” Mr Robertson said.

Old Man’s Beard is most prevalent in Dunedin, but is a problem in all parts of the region, particularly around the Teviot Valley, the Clutha River and some North Otago rivers, as well as parts of Queenstown and Central Otago.

You can find more information on how to identify and control Old Man’s Beard on ORC’s Pest Hub, at www.orc.govt.nz/pesthub.

The Pest Hub is where you can find information on each of the pests in ORC’s Pest Plan, such as why they are pests, what they look like, what are the rules around them, and how to control them.

Old Man’s Beard is a pest plant that will smother the plants it grows on. 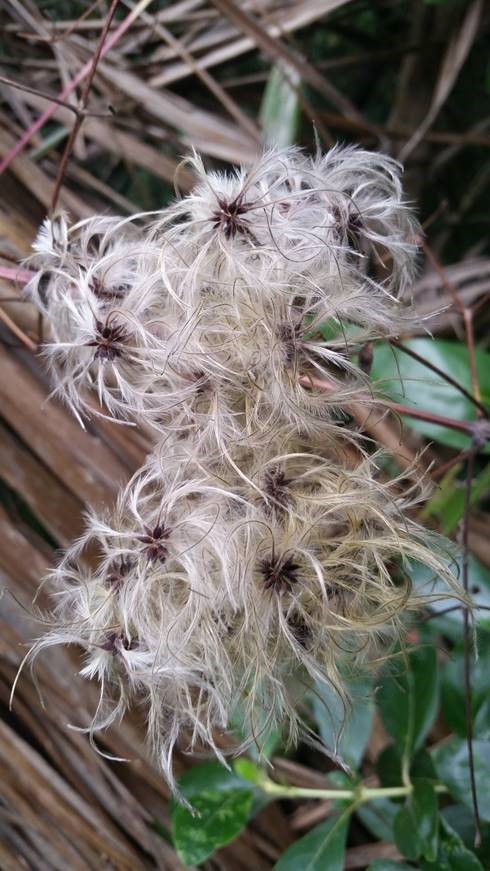 Its name comes from the wispy appearance of mature Old Man’s Beard flowers.