The Dunedin bus hub has been open for almost two years now. We have been reviewing feedback about wayfinding, which is the signage and stops that help you find your way.

Feedback has come from regular and new bus passengers as well as tourists (though admittedly there are less of those now).

The first order has been to reset the e-stops. They were sent back to the manufacturer to be upgraded. We want to apologise for any confusion and inconvenience caused by not having the stops or having poorly working stops. They are being re-installed and tested this week.

Remember, that to listen to the audio function, you should press the button at the bottom right of the e-stop and wait a few seconds to hear the timetable announcement.

Secondly, people have told us they want to see the whole Dunedin network displayed at key points at the hub. The electronic wayfinding screens aren’t the best way to display the network because they rotate relatively quickly, so we will create large maps to put on the glass shelters.

Talking about the electronic screens, we will look to improve messaging on these, in particular the aerial map of the stops at the hub that tell you where to catch your bus.

Did you know that the hub and all Orbus stops are smoke and vape-free? Current signs at the hub are not making enough of an impact so we’re working with the Southern District Health Board’s Public Health Team to look at how to emphasise this message even more for 2021.

The Forbury Road improvements near the St Clair Four Square are well under way.

The stop heading into town near the Valpy Street/ Forbury Road intersection has moved as a result, affecting users of route 8, St Clair to Normanby.

The new stop is on the beach side of the Valpy Street intersection and the contractors have been able to move the wooden shelter across the road.

The stop in the direction of St Clair will be moved in early 2021, to just before Bayview Road. Look at this artists’ impression of what it will look like in 2021.

The buses are parked at the new stops, at the top right and bottom left of the picture. We think the new layout looks great and hope you do too. 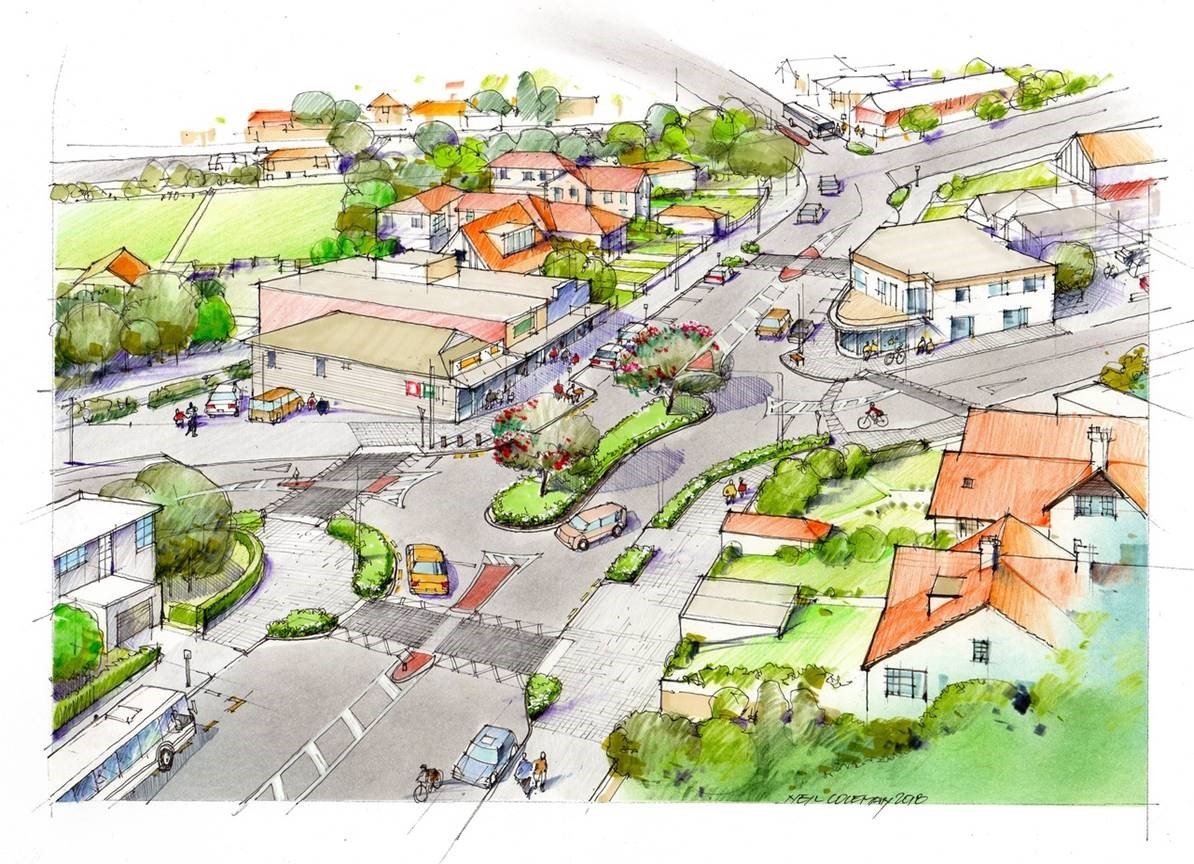