Flood damage repair works on the bank of Clutha River in Albert Town have now been completed.

Heavy rain events in December 2019 and February 2020 resulted in flood damage to the bank of Clutha River just upstream of the SH6 bridge in Albert Town. Flood damage included collapse of a section of the shared use path into the river and slipping on the steep slope above this pathway. The Otago Regional Council (ORC) has undertaken works to reinstate the rock buttress and reshape and stabilise the steep slope to the upper terrace. Approximately 3,000m3 of rock was used in the works.

The rock buttress which provides access for shared use paths managed by Queenstown Lakes District Council (QLDC) has been reinstated as part of the works.

The flood damage repairs started in October 2020 and were completed in early February. While the work has primarily focused on repairing flood damage and stabilising the existing steep slope, the lower access track has been widened, raised, and levelled as a result of the work. This access will be used for future maintenance of rock lining along the river edge, while at the same time benefiting the wider community who uses that riverside access track.

ORC Manager Engineering Michelle Mifflin said the overall risk of future flood damage has been reduced by stabilising both the riverbank and the slope directly above it.

“We’re really pleased to see this major flood damage repair project has come to completion and commend the ORC project delivery team which included design and engineering consultants Geosolve, and the contractors Jolly Earthworks and Paul Smith Earthmoving, who successfully completed this complex engineering work. A large excavator specific to purpose was needed to undertake the difficult task of placing rock in the fast-flowing river.”

“We understand that the temporary closure of the area during the construction was an inconvenience to the local community. Thank you for being understanding through the course of this project.”

While the major civil works have been completed, landscaping using native vegetation is still to be undertaken in conjunction with QLDC. There will also be regular ongoing monitoring of the rocked riverbank and the slope above it and regular maintenance of these assets. 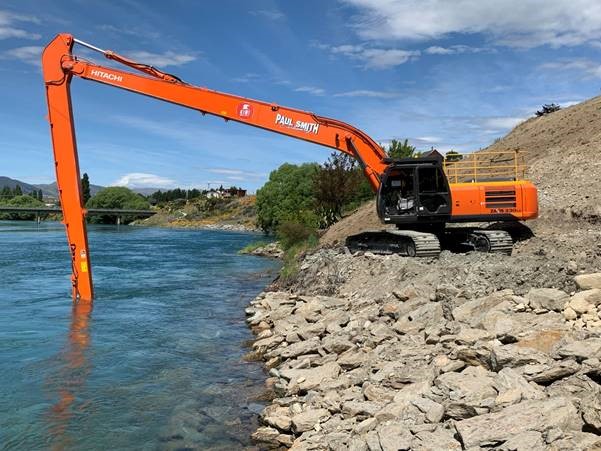 Below: Before and after the works. 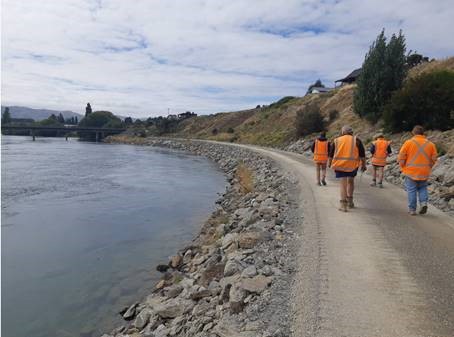 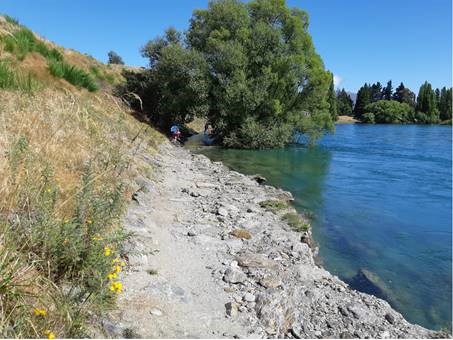 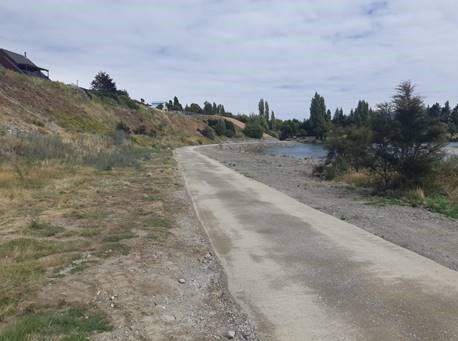 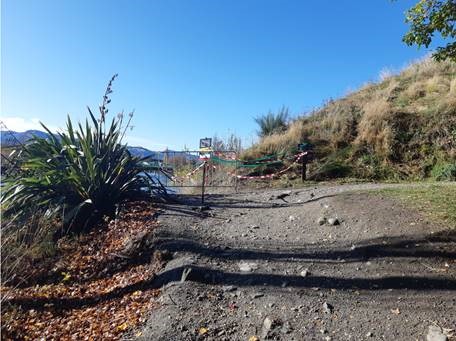 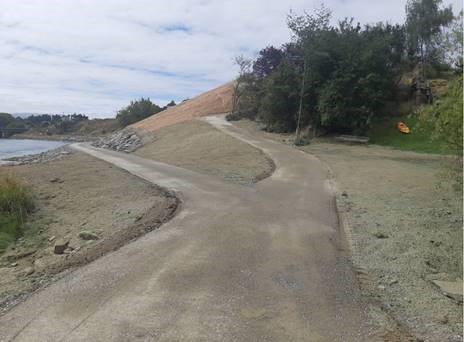