The Otago Regional Council’s (ORC) programme of wallaby monitoring and surveillance in northern parts of Otago has already led to the identification and destruction of a wallaby in the Kakanui Mountains.

This year’s programme, which began on 1 June, is greatly enhanced from previous years thanks to increased funding of $373,000 from Biosecurity New Zealand’s National Wallaby Eradication Programme.

ORC Manager Biosecurity and Rural Liaison Andrea Howard said there was good and bad news in the wallaby kill.

“Obviously we are trying to eradicate wallabies in Otago, so whenever we are able to track one down in the region and destroy it that’s a positive. At the same time, we would prefer they were not here at all, and the presence of an individual female could suggest more are in the area.”

The wallaby was shot from a helicopter equipped with thermal camera technology during a daytime flight. In the right conditions, thermal imaging from a birds-eye perspective makes wallabies easier to spot in difficult terrain and dense vegetation.

“The thermal-equipped helicopter is one of a range of tools for monitoring and tracking wallabies,” Ms Howard said.

“The primary method is ground-based surveillance, often using wallaby detecting dogs, where ground teams cover large areas of land looking for signs of wallabies. In this case, wallaby droppings were found in the area, so we knew where to look with the thermals from the air.”

Biosecurity contractors will undertake follow-up monitoring in the area to ensure all wallabies are destroyed. ORC Biosecurity staff will continue to engage with landowners to support them with the right knowledge and tools to respond to any further sightings and to facilitate surveillance work on their properties.

“We’ve seen what damage wallabies can do when they become established in an area, so proactive work to identify and destroy them now is essential.

“When populations reach the density that more and more people are starting to see them, they are already breeding and spreading, and we want to intervene before they get to that stage.”

The wallaby that was destroyed did not have any offspring in its pouch. Because females can carry “back-up” fertilised embryos while rearing a joey, a single female may introduce a breeding population of three wallabies.

To report wallaby sightings to the Otago Regional Council, people can phone 0800 474 082, or use the online form at www.orc.govt.nz/wallabies

Images: Contractors from Heliventures and thermal imagery operator Trap and Trigger with the wallaby killed in the Kakanui Mountains. 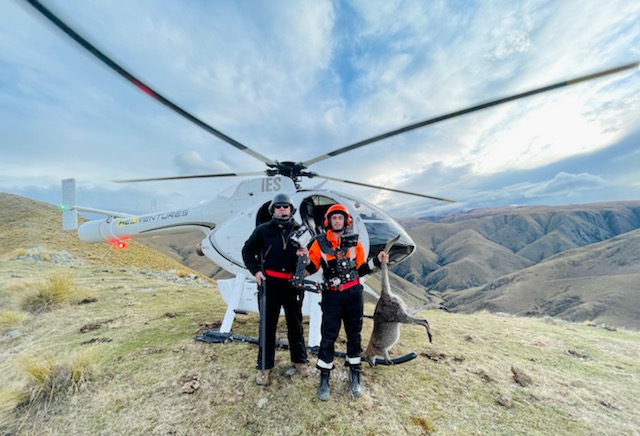 Comparison images show how thermal imaging from above makes wallabies easier to spot in difficult terrain and dense vegetation: 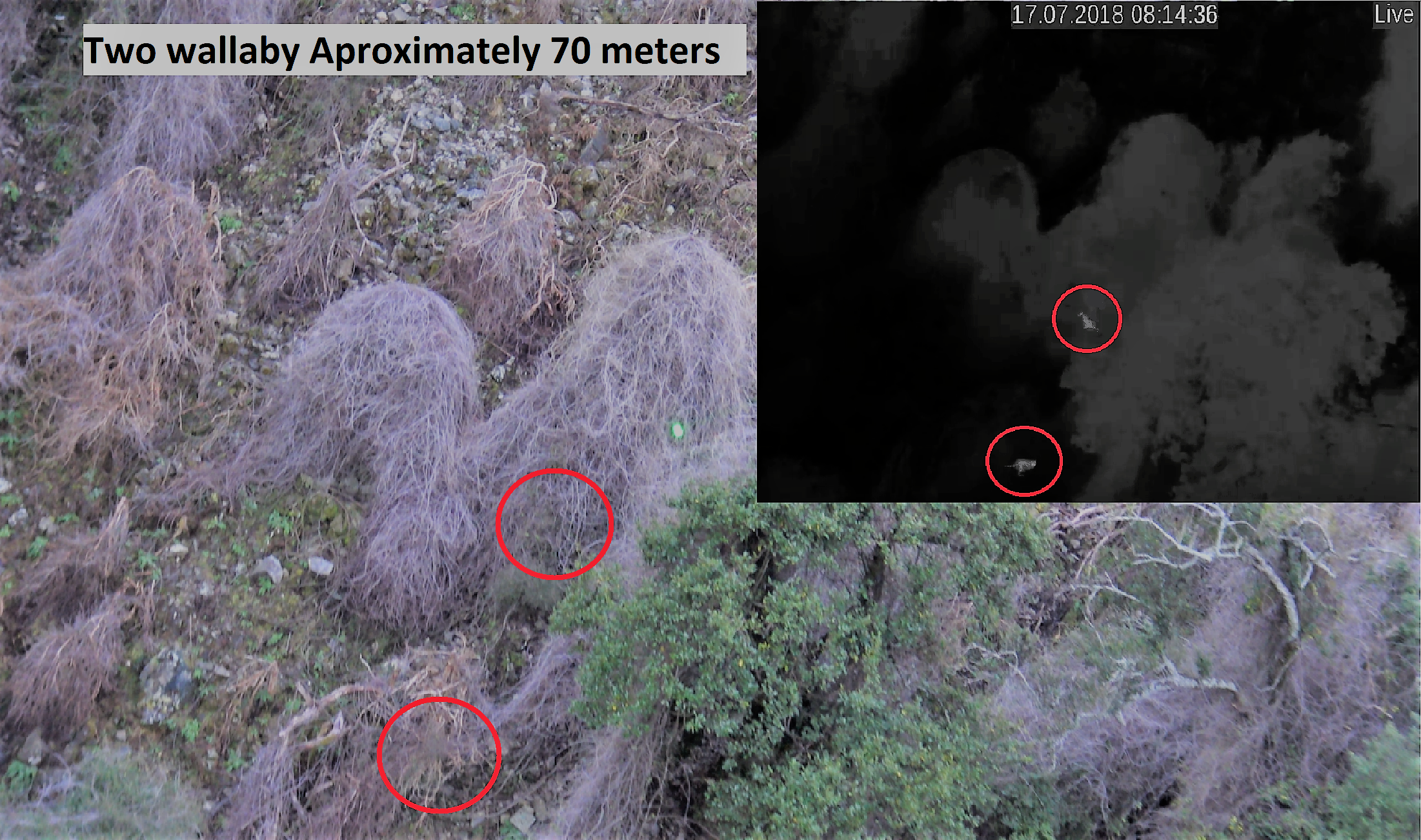