Thanks to everyone who recently gave their input on the proposed changes to the Tainui/St Kilda end of route 3 Ocean Grove/Ross Creek service.

We are proposing to change the bus route to drive along Victoria Road and Culling Street, instead of along Cavell and Marlow Streets, to reduce buses on residential streets and improve access for accommodation providers and sports venues on Victoria Road. School students at Musselburgh, Tainui and Tahuna Normal Intermediate will still have good access to the buses.

We value our community’s input, and are asking for feedback again – this time for the Draft Regional Land Transport Plan (RLTP) 2021/31.

The Otago and Southland Regional Transport Committees, made up of members from the Otago Regional Council and Environment Southland, have prepared and released a draft plan for consultation.

The plan outlines proposed transport network improvements for the next six years and forms the application for funding from the National Land Transport Fund for the next three years. This is different to the Regional Public Transport Plan, which we are consulting on later in Autumn.

You can read the draft Regional Land Transport Plan and download a submission form on the ORC website. Go to www.orc.govt.nz or directly to yoursay.orc.govt.nz/rltp2021_2031. All submissions must be received by 12pm, Monday 29th March 2021.

We recently attended the Otago University’s Orientation Week Tent City with our colleagues at Dunedin City Council as partners in Connecting Dunedin. Over three days, we asked first year students how they intended to travel around Dunedin. More than 230 students completed a survey, with the majority telling us that they planned to walk and bus around. Some, like the two students below, also posed for a photo.

Many of these students were new to Dunedin and were pleasantly surprised to hear that buses are currently $2 across the network, and that transfers are free within 45-minute transitions. Those with Bee Cards from other regions were delighted to be able to use their cards in Dunedin. 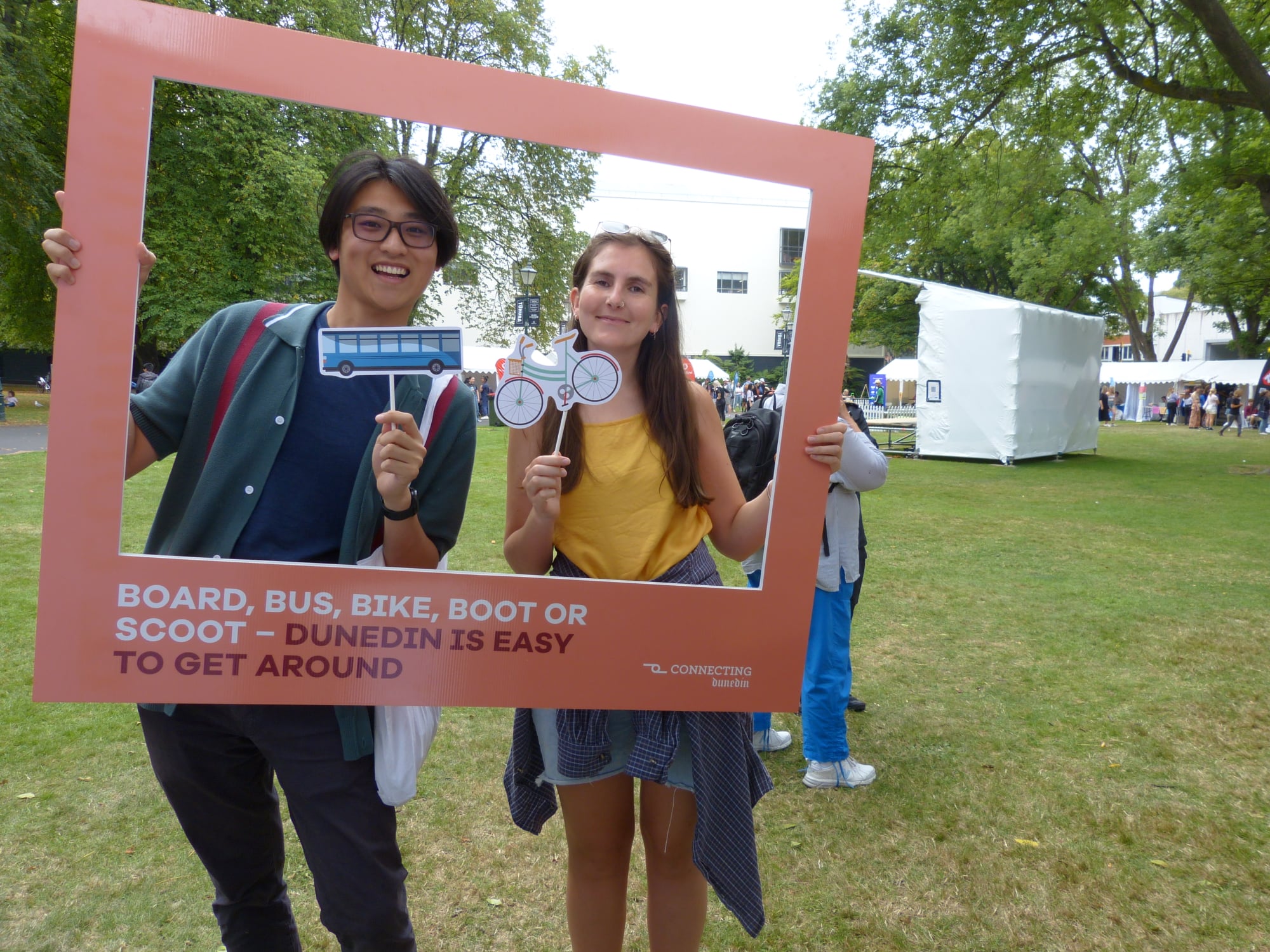 Congratulations to the Otago Heritage Bus Society (OHBS) on reaching its tenth anniversary!

OHBS plays an important role for Dunedin’s Orbus passengers, running the Suburban Rumbler service on Christmas Days when Orbus does not operate. The Rumbler has been running since 2011 and locals have come to rely on it to get around on Christmas Day. It travels on the usual no.8 route from St Clair to Normanby, but via the Octagon.

Want to know more about the OHBS? Go to www.otagoheritagebus.co.nz.