A contract to map ground levels along the full length of the Otago coast and a large part of Central Otago has been signed after the Otago Regional Council (ORC) secured funding support from the Provincial Development Unit (PDU).

Approximately 8,000 square kilometres of Otago will be covered by the new LiDAR (light detection and ranging) mapping project, which will give public and private organisations fresh insights into the lay of the region’s land.

ORC Manager Natural Hazards Jean-Luc Payan said the data would have a range of uses.

“LiDAR involves sending a beam of light from a device on a plane, which bounces back from the ground to give a measurement of land elevation. This technique is used to create elevation maps for large areas of land. The data that LiDAR generates are invaluable in understanding and preparing for natural hazards, as well as informing infrastructure management, hydrology, catchment planning, and in many other applications.”

The LiDAR mapping information will be made publicly available for anyone to use once it is captured and processed.

“The highest priority area, from a natural hazards point of view, is the Dunedin City coastline and urban area. This area of Otago has the highest concentration of people near the coast, and the LiDAR mapping will complement ongoing work on coastal hazards in Dunedin.

“The second priority for this project is the rest of the Otago coastline, from the Waitaki River to the Catlins. The coastal mapping will also go inland for a clearer picture of the hydrology of coastal catchments, such as in the Clutha area.

“Finally, the third priority area is the Manuherekia River catchment and adjacent areas in Central Otago. This final stage of the LiDAR mapping is expected to be completed in 2023.

“ORC has been using LiDAR data since the early 2000s, and we’re very excited to have new, up to date maps with much better coverage, which will complement the existing data-set,” said Dr Payan.

The first LiDAR mapping flights are set to begin on 1 July 2021, but could take off sooner depending on availability and weather. 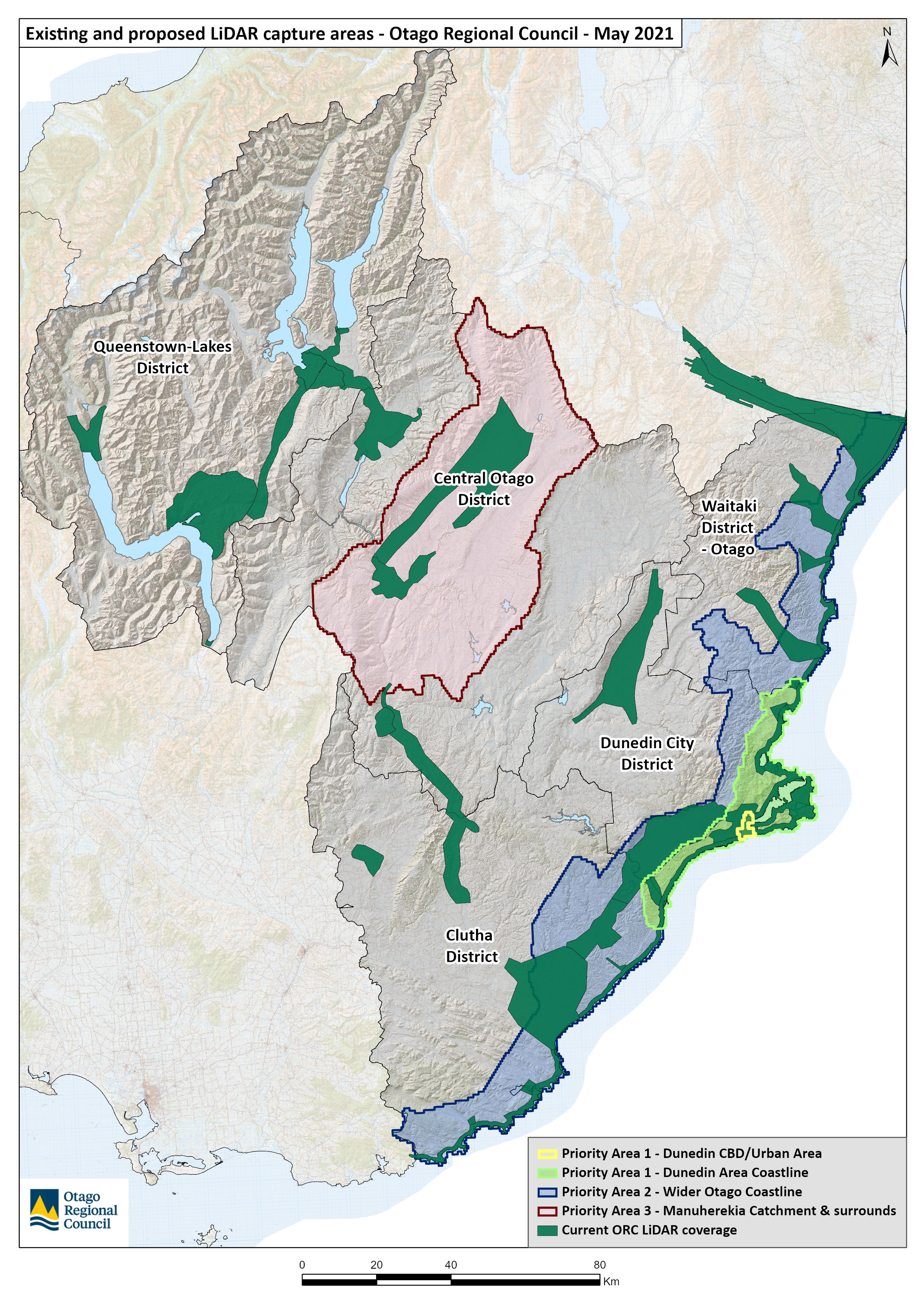 A map of the proposed new LiDAR coverage, overlaid with existing LiDAR mapping for Otago.