The Otago Regional Council (ORC) Team, ‘In Our Element’, won the New Zealand leg of the Australasian Management Challenge in May and competed remotely in the finals on 24 August, during alert level 4.

In Our Element were named runners up in the competition final, which saw the best local government staff teams from Australia and New Zealand competing in a range of exercises designed to simulate the daily challenges of local government.

ORC Chief Executive Sarah Gardner said she was immensely proud of the team.

“I’m so pleased with this result; it absolutely reflects the work the team has put in. This was only the third time ORC have entered the Australasian Management Challenge, so for us to achieve runner up in the finals really shows what we’re capable of as an organisation.

“Our team were up against some highly experienced and well-resourced opposition, and they showed them what a smaller council organisation from Otago is capable of – we’re very proud.”

In Our Element Team Captain Alexandra King (who is a Team Leader in the council Consents team) said second place was an amazing result.

“We are so thrilled to be runners up in the final - it feels like all our hard work and preparation paid off. The team are absolutely buzzing about the result, we’re stoked!”

“We were initially meant to fly over for the competition before the Trans-Tasman bubble closed, then we were going to be competing remotely from a meeting room before alert level 4. In the end we were all competing from home, which made things interesting. It was kind of anti-climactic in a way to just be sitting at home alone, and it felt harder to judge how we were doing.

“We hadn’t really practiced for that kind of scenario, where everyone was isolated in their own bubble, and it definitely added a new layer of challenge. I found it tricky as team leader because I couldn’t easily see how each team member was doing, whether they were stressed or needed any help – but the key was that we had really great communication.” 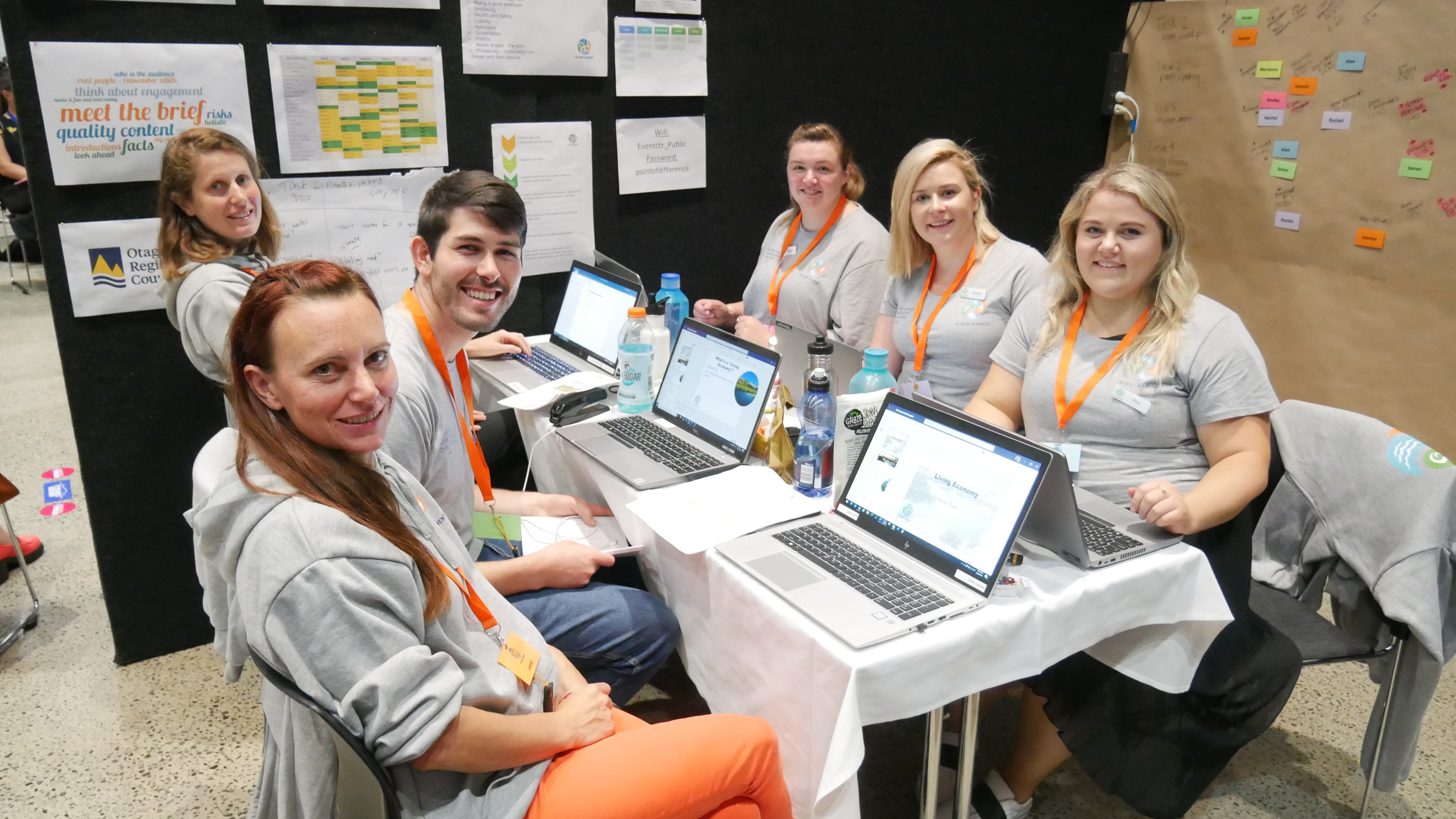 Some of the tasks felt very different over Zoom than they would have in person, Ms King said.

“There was one task where we had to run an in-person community engagement stand about a hypothetical park design, and the judges would pop in and out of the video-call pretending to be interested community members. That was a very odd experience.”

“The organisers did a really great job running the finals, especially given the disruptions, so we’re very grateful to them for enabling us to participate remotely.”