Otago marks one year with the Bee Card

“Bee Cards have flown off the shelves and counters in both Dunedin and Queenstown – and at a much higher rate than the previous Go Cards, which is a great sign. As of this week, more than 120,000 cards are in circulation and nearly 52,000 of these are registered.”

Registering a Bee Card enables many of the card’s additional benefits, such as online top-ups, auto top-ups, concessions, the ability to cancel lost cards, and passengers being able to access transaction and journey history.

“Otago was one of the first regions to reach the milestone of 50,000 registered Bee Cards, despite having a smaller population than many of the other participating regions. Of the 52,000 registered cards, over 12,000 are loaded with the SuperGold concession,” Mr Maloney said. 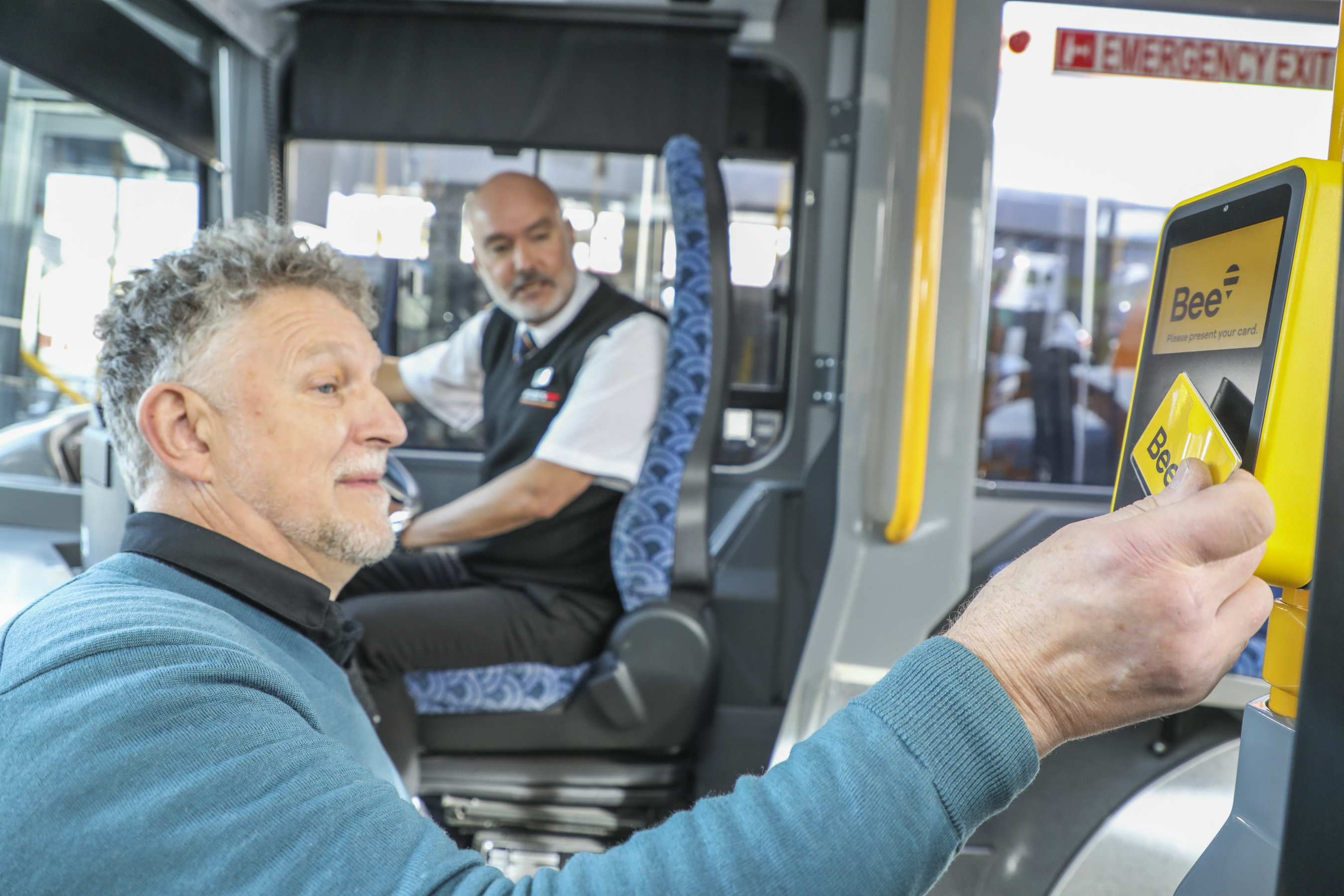 Orbus passenger John Marrable tagging on to the bus using his Bee Card.

The split between Dunedin and Queenstown was approximately 60:40, with Queenstown’s Bee Card sales spiking during the travel bubble with Australia.

Some of the advantages of the Bee Card were reflected in recent customer satisfaction surveys.

“Overall satisfaction remained really high in both networks, and in Dunedin we saw a big improvement in satisfaction with the convenience of paying and ease of getting on and off the bus. Contactless payment has also been hugely beneficial during the recent lockdown, where we saw the proportion of cash transactions drop from around 6% to 2.5% of payments during lockdown.”

More information about the latest customer satisfaction surveys can be found here.

Fares with a Bee Card in both networks are cheaper than paying by cash. To find out more about the Bee Card, or order one online, click here.