Containing the spread of aquatic pests around Lake Wanaka is improving, but a focus this summer is on the people, aquatic equipment and trailers moving between lakes Dunstan and Whakatipu, says the Otago Regional Council.

“Freshwater pests, including didymo and lagarosiphon, could squeeze the life out of our country's most precious rivers and lakes. They can be spread by a single drop of water or plant fragment,” says ORC’s Acting Manager Environmental Implementation, Libby Caldwell.

The ORC is launching its annual Check, Clean, Dry (CCD) programme for summer. It has again hired two CCD Advocates, working from 19 December until 15 February, to reinforce the messages with lakeside education around Central Otago, and to undertake surveys, says Mrs Caldwell.

She says tackling the issue is not only for fishers and boaties but all lake, river and stream users, including trampers, swimmers, kayakers, pack rafters and jet skiers.

“The message is to check any equipment used in water for lagarosiphon fragments and decontaminate all gear, including wetsuits, flotation devices, anchors and chains.” 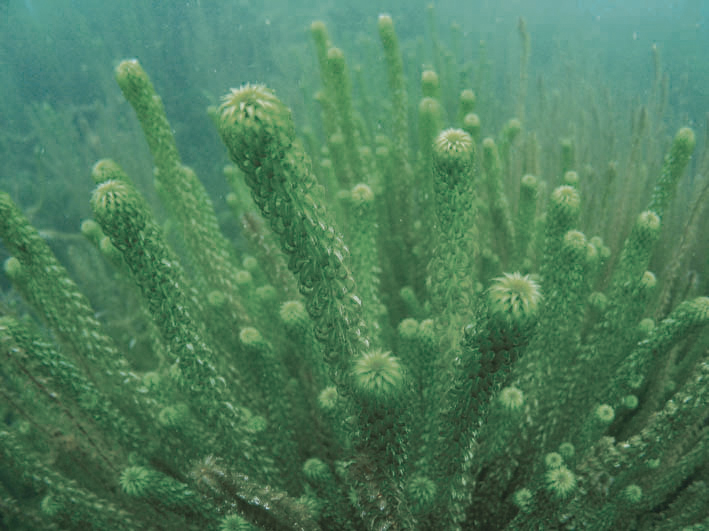 “The Central Otago and Queenstown Lakes district councils’ areas is where all our work will be undertaken with a key focus on the major lakes and their tributaries,” she says.

While Lake Whakatipu is predominately clear of Lagarosiphon, extensive monitoring continues and that has revealed minor infestations on occasions at Kingston, Walter Peak, Queenstown Bay and the Frankton Arm.

“The biggest risk to Lake Whakatipu is that Lagarosiphon could easily and unknowingly be transferred from these two water bodies into the lake. Boats and boat trailers would be the most likely way of transfer,” she says.

Lagarosiphon takes over and dominates waterbodies in depths of up to 6 metres and out-competes the native species; essentially smothering them.

“It’s a vigorous spreader and grower and you only need a fragment to start up a new infestation.  It also restricts recreational aquatic activities and can block water takes for irrigation purposes,” she says.

To treat Lagarosiphon, it can be sprayed with herbicide in gel form, hessian matting can be laid over infestations to block out sunlight, or it can be hand pulled or removed using a suction dredge.

Mrs Caldwell says while Lagarosiphon is the greatest risk to all Otago’s waterways, the ORC is also working toward identification and education around other waterborne pest species like didymo and lake snow, which are already located in Otago waterways.

There is also surveillance work being undertaken for other aquatic pests which are not currently known to be located in our waterways so that action can be taken if these show up.

Two big threats, which are located in Canterbury waterways, are Hornwort and Egeria which we are looking to exclude from our waterways.

She says ‘Check, clean, dry’ also applies to these other pests also to reduce the spread of them from other South Island waterways.

Check - Remove any plant matter from your equipment and apparel and leave it at the river or lake bank, or put it in the rubbish. Don't wash plant material down any drain.

Dry - Ensure your gear is completely dry to touch, inside and out. Leave to dry for at least another 48 hours before using it; didymo can survive for months on moist gear.

The efforts to manage lagarosiphon are part of an annual Otago lakes biosecurity programme led by LINZ.

The Check, Clean, Dry campaign is led by the Ministry for Primary Industries, in partnership with ORC.

In coming days divers will be removing weed by hand in the upper Kawarau River to help prevent downstream infestations into Lake Dunstan and protect Lake Wakatipu.

Control measures were also recently undertaken in Lake Wānaka, where biodegradable hessian matting is also being used to manage the weed.

Control works in Lake Dunstan and Lake Wānaka are set to continue into early-2023.

LINZ Head of Crown Property Sonya Wikitera says this work will help reduce the impact of the weed on native plants, lake users, and prevent it spreading.

“This weed spreads very easily – just a tiny fragment caught on a boat motor or a waterski can transfer it from one lake or river to another.

To find out more about aquatic pests and others in Otago visit the ORC’s Pest Hub.