Naturally occurring algae in Otago lakes and rivers thrives during warm summers, and some varieties can make people and pets very sick.

The Otago Regional Council (ORC) is reminding people to be on the lookout for toxic algae following confirmed toxic algal blooms in Waianakarua River and Butcher’s Dam last week.

“Toxic algae, or cyanobacteria, thrive in warm, nutrient-rich conditions and when river flows are lower than normal, so these blooms are fairly common throughout all of New Zealand at this time of year.

“Our best advice is for people to learn how to recognise these algae and practice caution around lakes and rivers in summer. If in doubt, stay out. If ingested, toxic algae can cause significant illness and can be fatal for dogs, who can be particularly attracted to the smell of algal mats from rivers.”

While toxic algae blooms have been confirmed at two locations recently, they can appear anywhere in Otago.

“For most of the year, these algae are present in smaller amounts, and it’s only in the right conditions that they bloom and can cause issues. This can happen anywhere in the region, and while ORC staff look out for algae during the weekly water quality checks in summer, we can’t cover every waterway in Otago all of the time.

“That’s why it’s important for people to learn how to identify toxic algae, stay vigilant, and report sightings of potentially toxic algae to ORC.”

Anyone experiencing a reaction from contact with toxic algae should seek urgent medical attention, and any signs that a dog may have consumed toxic algae, such as lethargy, muscle tremors, fast breathing, twitching, paralysis and convulsion, should be treated as an emergency and referred to a vet immediately.

To learn more about potentially toxic algae, including how to identify algal blooms in rivers and lakes, see the LAWA factsheet. The video below from Dr Susie Wood is also very informative.

To report algal blooms in Otago lakes and rivers, contact the pollution hotline: 0800 800 033. 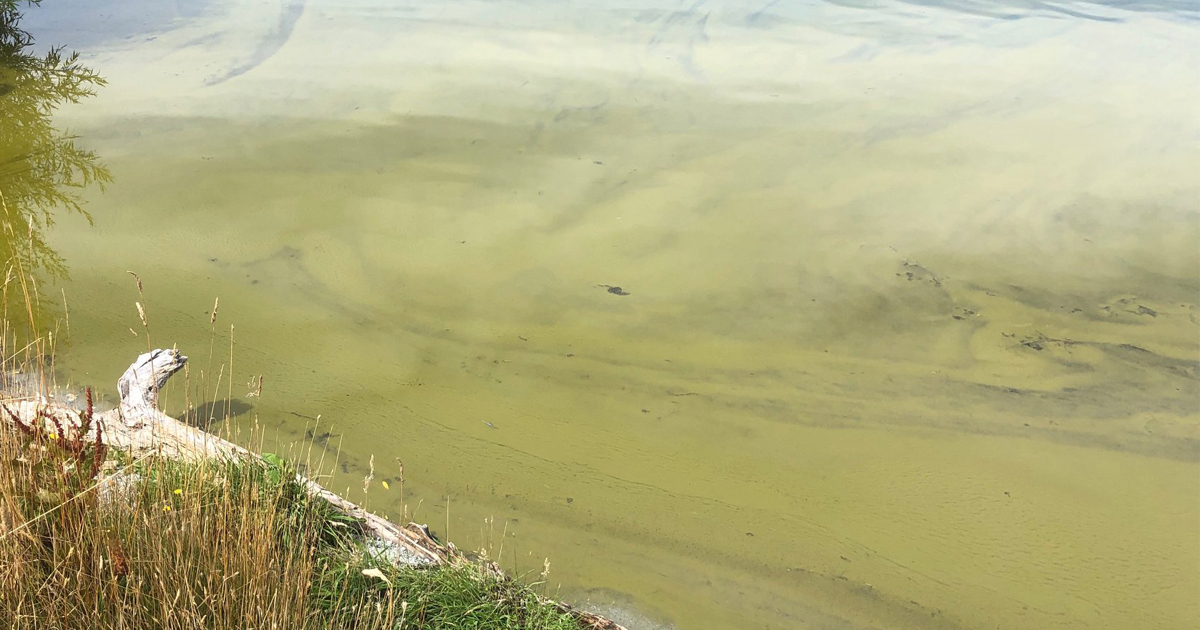 An example of a ‘Pea Soup’ toxic algae bloom (Cynobacteria) in a lake. 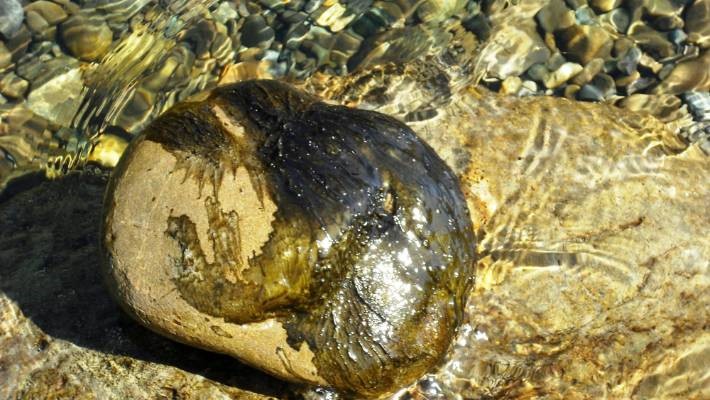 An example of Phormidium - a toxic algal mat on a rock from a river.