The Otago Regional Council is working closely with the deer industry and other primary sector groups as it builds its Land and Water Regional Plan. ORC’s senior economist Ann Yang outlines to Deer Industry NZ editor Phil Stewart, of Deer Industry News, how ORC is working collaboratively with Otago’s deer sector, under the umbrella of its wider Economic Work Programme.

Deer Industry News (DIN) says it’s a significant partnership between the sector and the ORC.

“It will ensure the special needs of our industry are properly understood when it comes to the way regional councils manage natural resources like water and soil in order to meet the requirements of the 2020 formal National Policy Statement for Fresh Water Management.”

There is the opportunity for other regional councils to undertake similar projects when they’re ready, DIN says.

As part of its Land and Water Regional Plan, ORC is carrying out an Economic Work Programme.

This includes looking at the possible impacts of different “actions”; the way natural resources are used, on different types of business.

How would profitability, production and employment be affected by things like abstraction; taking water, or contaminant discharges into water, for example?

This industry -focused “farmer/grower workstream” involving the deer industry is one of four wideranging areas being worked on by ORC.
There is also a “catchment story” stream, which captures the community side of the project.
Yang says the Te Ōhanga ki Kāi Tahu stream led by Aukaha and Te Ao Marama will be focusing more on the impact on mana whenua and other Māori.

The potential scope of Te Ōhanga ki Kāi Tahu might include a historical narrative on the place of wai māori in the Kāi Tahu economy in Otago, and how this has evolved over time – the analysis of the economic, social and cultural consequences of these changes for Kāi Tahu.

“This [regional economic profile for land and water] will include a look at the way the regional economy uses resources like water and land, and the interconnection amongst industries,” she says.

DIN says the value of natural resources like these will be reflected by how the economy relies on them and the analysis will determine likely impacts if regulations are adopted.

Yang says 19 Otago deer farms are currently signed up, with 15 having provided data by last month.

The project will model the impacts of various mitigations and management changes.

Analysis of the potential impacts of rule changes on farm businesses will start soon; but Yang notes this doesn’t include emissions pricing – this economic work programme is about freshwater and land.

DINZ part of the planning mix

The analysis is complex with a lot of moving parts and the deer industry, represented by DINZ producer manager Lindsay Fung, environmental stewardship manager Sara Elmes and former producer manager Tony Pearse, is an important part of the mix.

In addition to their broad knowledge of the way deer interact with their environment, this group has, through Tony Pearse, deep local knowledge and industry experience going back decades.

Environmental consultant Emma Moran is working with ORC on its Economic Work programme and also did an earlier report for Environment Southland; the Southland Economic Project, 2017, which traversed similar territory.

Moran says the involvement of industry organisations like DINZ, providing an interface so councils can be assured of good-quality farm data and industry knowledge, is a real good-news story on collaboration.

For this process to work well and be meaningful, the planners and analysts need some decent data on real-world farming, including deer.

Thanks to a four-year project being carried out by the Ministry for Primary Industries (MPI), that’s exactly what they are getting.
This is a separate but very important part of the ORC story, says DIN.

Up until about 10 years ago, MPI and its predecessor used to keep a finger on the economic pulse of farming through Farm Monitoring Reports.

These were limited to a few dozen representative types of farms; including deer farms, but were mainly focused on economic performance.

The discontinuation of these reports left something of an information vacuum for central and local government policy makers when they’re considering changes that might affect farm businesses. 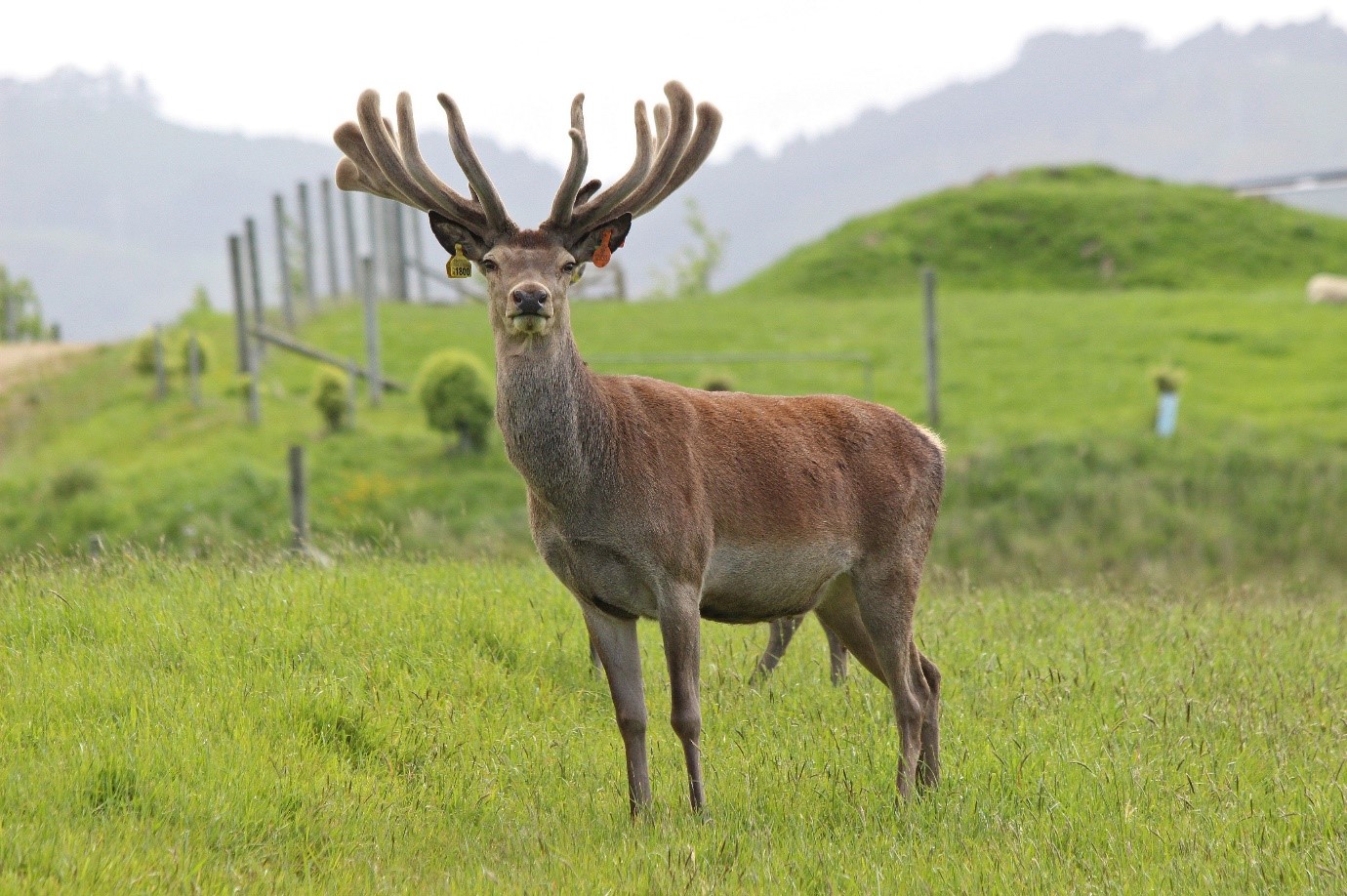 A four-year programme is well advanced to put that to rights.

MPI’s Farm Monitoring and Benchmarking Project is set to gather comprehensive data on not just dozens but hundreds, even thousands of farm businesses.

The project will bring together physical/production, financial and (for the first time) environmental data from the sheep and beef, deer, dairy, horticulture and arable sectors.

Set to end next year, the project aims to involve about 2000 farms. The data is anonymised before government departments or councils see it.

The “secret sauce” to this project is that it’s being done in collaboration with the relevant industry organisations, who act as an intermediary, using their “local” knowledge to recruit farms to the cause and ensuring there is a good range of farm systems, sizes, geographic locations and environmental conditions represented.

In our case of course it’s been DINZ doing this go-between work, driven initially by farm performance manager Phil McKenzie, and now managed by Sara Elmes, with input from Lindsay Fung.

While many might run a mile at the thought of having to supply a whole lot of data, this partnership has a tempting sweetener.

It comes in the form of an MPI-funded package of business data, environment planning support (ie, a free Overseer® analysis and Farm Environment Plan) and tailored recommendations for improving business performance, something that’s been promoted to deer farmers over the past year or so under the in-house banner of the Natural Knowledge Project, initiated by McKenzie.

“This will give us a great base of environmental, physical and financial data which we can update and watch trends emerging among smaller, repeatable samples.”

He adds that the data will also provide a great insight into the industry for DINZ.

Newman says so far about 1000 farms have completed their input and environment planning nationwide, including about 60 deer farms.
He says projects like these take a while to pick up momentum but he’s confident they’ll have close to 2,000 farms on board by this time next year. He says the project is designed to inform policy and ensure that the potential impacts of new regulations can be understood by having a rich vein of up-to-date farm business profiles to tap into.

The data is collected in various ways. In some cases (including DINZ) the industry organisation takes an active part, but fertiliser companies and farm environmental consultants are also contracted to provide Farm Environment Plans that are part of the package.

And even while the project is still underway, it’s already proving its worth.

Newman says initiatives like He Waka Eke Noa weren’t mapped out at the time the benchmarking was begun, but notes that the anonymised data will provide a great testing ground for the impacts of emissions pricing options.

While designed initially to feed into central government policy and planning, Newman says the benchmarking data is also proving extremely useful at regional government level – which takes us back to the ORC and its Economic Work Programme.

Newman says the ORC has been a frontrunner and other councils at different stages of formulating their water quality/ quantity rules may also have the opportunity to use the anonymised farm benchmarking data from their own regions.

Like Moran, he stresses the collaboration through industry organisations is a key to success.

So far, about 100 farms are involved in the farmer/grower workstream, with an aim for 20–25 deer farms to be included.

Emma Moran explains that DINZ helped guide the selection of deer farms for the project, covering three main regions in Otago.
“Each has its own climate, topography and soils that influence deer production systems.”

The three areas are in the Upper Lakes district, South Otago and inland Otago.

Moran says the collaboration with DINZ has meant they have a good understanding of the special seasonal requirements and behaviour patterns of deer that distinguish them from sheep and cattle.

She notes that “for specialist deer farms, maximising pasture quality and meeting seasonal variations can be achieved by using larger mobs of velvet stags as ‘cattle by proxy’ to clear and control poorer pasture”.

ORC’s Yang agrees that the partnership with DINZ has been valuable.

“We are constantly reminded that no two farms are the same; and in order to produce policies that work in the real world and can be applied to real farms, it is vital to base the analysis on real farms and real systems.”

And just to show that it’s not all dry economic analysis and number crunching, Yang reveals she’s become more engaged with the deer industry than you’d think: concluding “deer are cute looking and delicious to eat.”