The Otago Regional Council’s Harbourmaster team is asking the community to put forward naming suggestions for its new vessel - which arrived last month.

The new 8.5 metre long boat will be used for duties around Dunedin’s harbour and coastline; while its predecessor, the 7-metre Kaitiaki, is now based in the Lake Dunstan/Central Otago area for harbourmaster duties.

Suggestions can be made via the council’s Facebook page or by emailing comms@orc.govt.nz before 28 October. 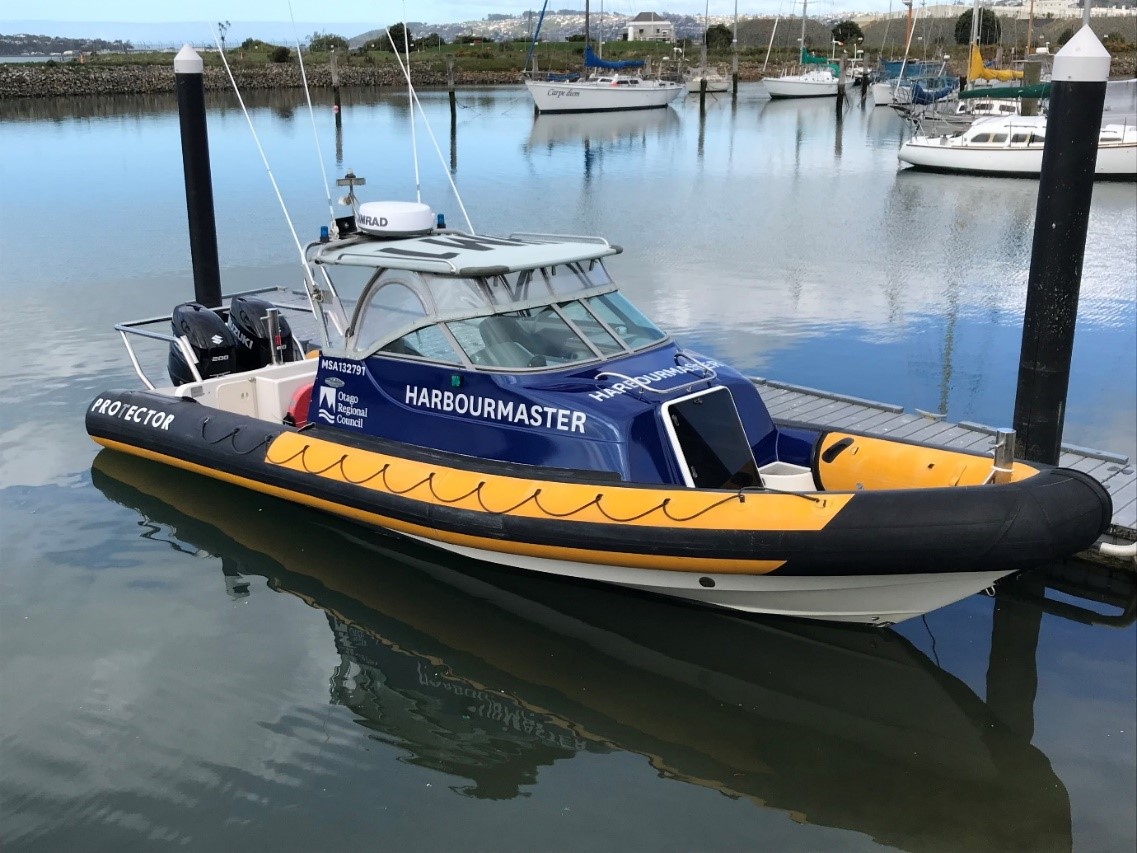 A panel made up of representatives from Kāi Tahu and the Council will decide the winner before an official naming ceremony is held in November, says ORC’s Harbourmaster Steve Rushbrook.

“We’re really excited about the capabilities of this boat and to be highly visible out there on arguably New Zealand’s most beautiful, but at times changeable, harbour to promote the use of life jackets and maritime safety in general.”

“We look forward to seeing some imaginative ideas for boat names and having the new vessel on the water.”

The boat was transported overland from Auckland to Dunedin. An Auckland Harbourmaster vessel since 2007, it became available when Auckland Regional Council replaced their fleet with boats retired from the America’s Cup campaign.

The new boat is an Rayglass Protector. Weighing three tonnes it can carry seven people and is powered by two 200hp Suzuki outboards.

Both vessels will provide a platform for the Harbourmaster team to engage, educate and enforce water safety across the Otago region.

ORC is the key organisation responsible for the regulation of ports, harbours, waters, and maritime-related activities in the Otago region under the Maritime Transport Act (1994).

The Harbourmaster team work to make sure everyone in Otago can enjoy activities around waterways safely.