The Otago Regional Council’s Harbourmaster team is excited about the arrival of a second boat to assist growing Harbourmaster activities focused on water safety in the region.

The boat has been transported overland from Auckland to Dunedin. An Auckland Harbourmaster vessel since 2007, it became available when Auckland Regional Council replaced their fleet with boats retired from the America’s Cup campaign.

The new boat is a 8.5m Rayglass Protector, purchased for $92,000 - within its budget allocation.

Weighing three tonnes it can carry seven people and is powered by two 200hp Suzuki outboards. 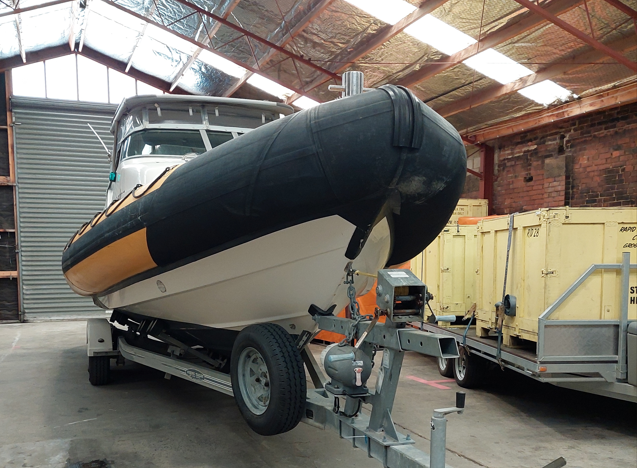 The new vessel will be based in Dunedin at the Harbourmaster’s office on Halsey Street and utilised in the coastal Otago area for Harbourmaster and on-water activities; water safety programmes, oil spill containment, maritime emergency management, Navigational safety bylaw education and enforcement.

The existing Harbourmaster vessel, the 7-metre-long Kaitiaki, will be relocated to Cromwell in Central Otago, mainly for use on Lake Dunstan at this stage.

It will mean the boat can be based at the lake, ending the costly task of towing a single boat from Dunedin to Cromwell and back during long weekends and holiday breaks.

Both vessels will provide a platform for the Harbourmaster team to engage, educate and enforce water safety across the Otago region. The new vessel will be officially blessed and named in early October.