Feral pigs are only considered pests under our plan in our site-led programmes in Dunedin. We know that Piglet, Wilbur, Porky Pig and Pepper Pig have won the hearts of many, but don’t worry we have no intention of controlling these pigs. We’re only interested in keeping the feral, wild, un-managed ones out of our site-led areas. Feral pigs can have major effects on our native flora and fauna and threaten the special biodiversity in our site-led areas. They eat the tops of native plants and dig up their roots, resulting in the decline of some species. Pig rooting can reduce the diversity of seedlings and saplings and cause a dramatic reduction in leaf cover on the forest floor. They also pig out on many native invertebrates, native land snails and large quantities of native earthworms but vegetation forms 70% of a pig’s diet. It has even been rumoured that pigs prey on flightless and ground-dwelling birds e.g. kiwi but this is rarely confirmed. 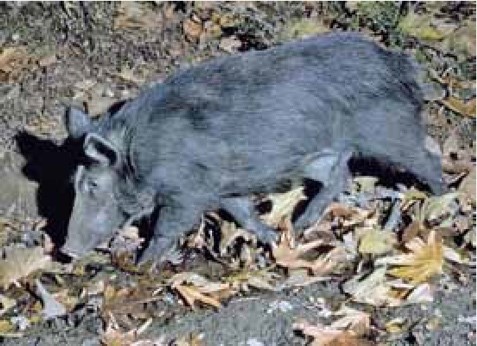 Contrary to many of the popular representations mentioned, these pigs aren’t an adorable baby pink. Their colour varies from dark grey to brown or black. They can be anywhere from 90-200cm long and weigh 50-90kg. Adult males develop tusks that stick out from their mouth. They start reproducing at two years of age and breed once per year with litter size ranging from 4-6 piglets.

Under Otago’s pest plan, feral pigs are only classified as a pest in the site-led areas; Otago Peninsula, West Harbour/Mt Cargill, Quarantine Island and Goat Island.

The goal is to stop feral pigs from establishing themselves in these areas.

ORC will take a lead role in supporting the goals of community groups and agencies in site-led areas in relation to feral pigs. This may be through advice, education, funding, service delivery or requiring landowners to undertake control when needed.