Management programme: The progressive containment programme aims to stop a pest from spreading and/or contain it to a certain area. 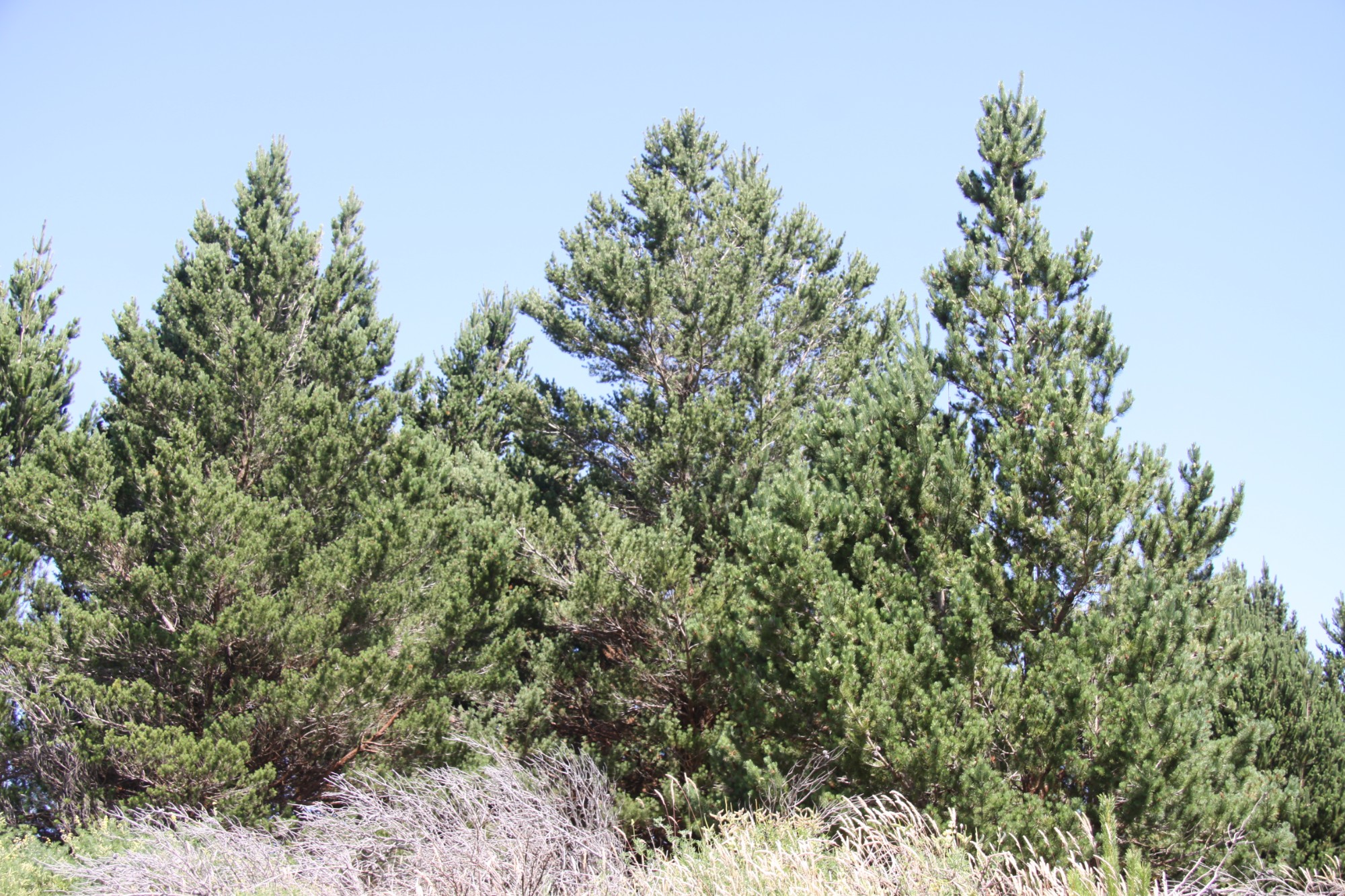 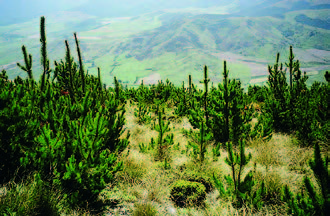 Wilding conifers (also known as wilding pines) are introduced conifer trees which have self-seeded and are growing where they are not wanted — they are the wrong tree in the wrong place.

Unlike commercial forests, wilding conifers are weeds and pose a serious and increasing pest issue in New Zealand which, if left uncontrolled, threaten to permanently alter our ecosystems, landscapes, and farms, and impact on our economy.

Seeds from inappropriately located plantings or from existing wildings can be blown many kilometres by wind, and spread into areas such as farmland, our high country and public conservation land. If not removed, seedlings can quickly grow into dense, impenetrable wilding conifer forests that out-compete native plants and animals, reduce water yield, limit productive land use, and severely alter natural landscapes. Wilding conifers may also increase the risk of wildfires and harbour diseases.

Managing wilding conifers is an issue that can only be addressed through landowners, community groups, industry, researchers, and local and central government working together. To achieve the vision of the right tree in the right place, there is a role for all New Zealanders to be aware of this expanding issue, and support taking action. 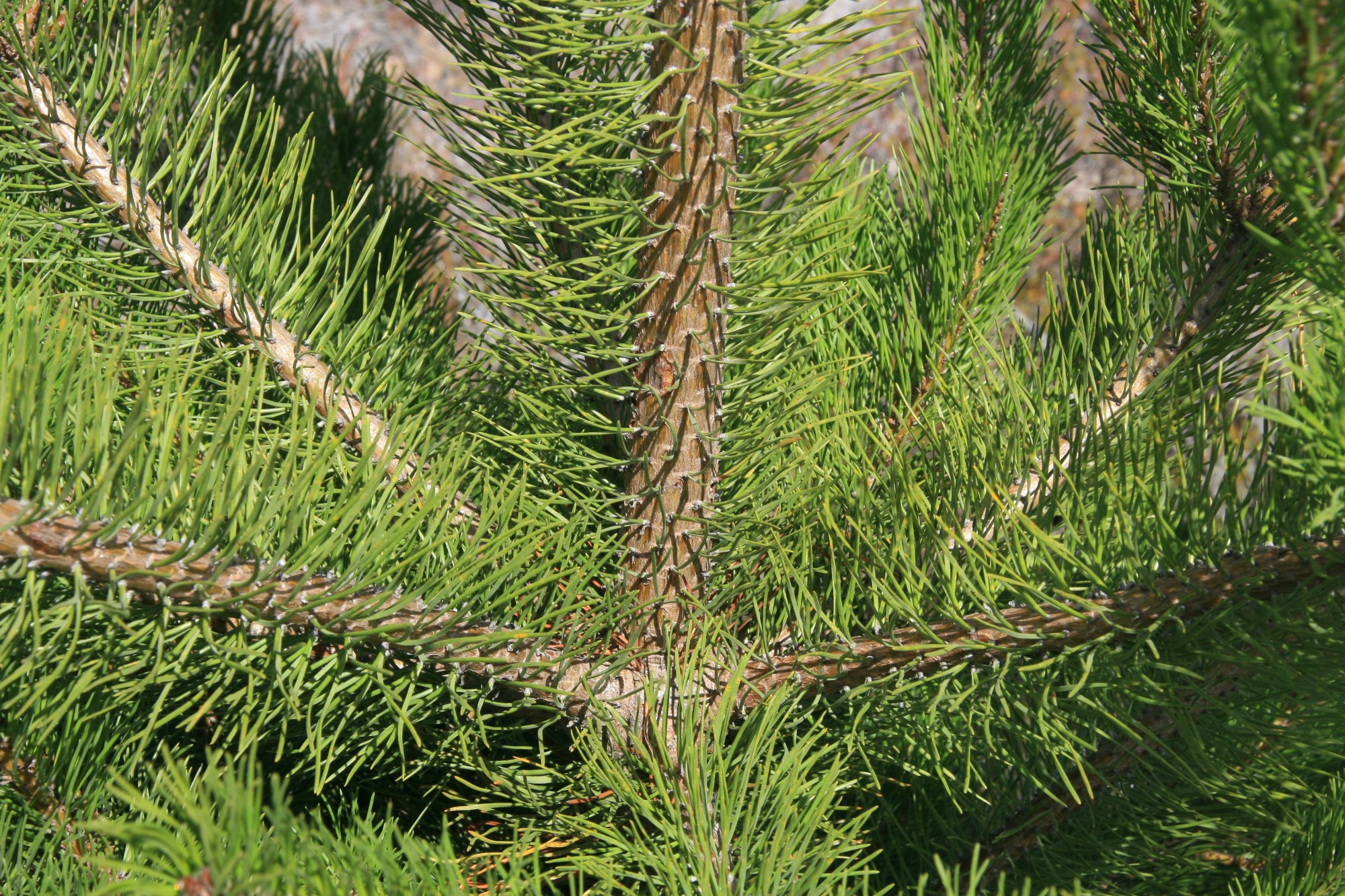 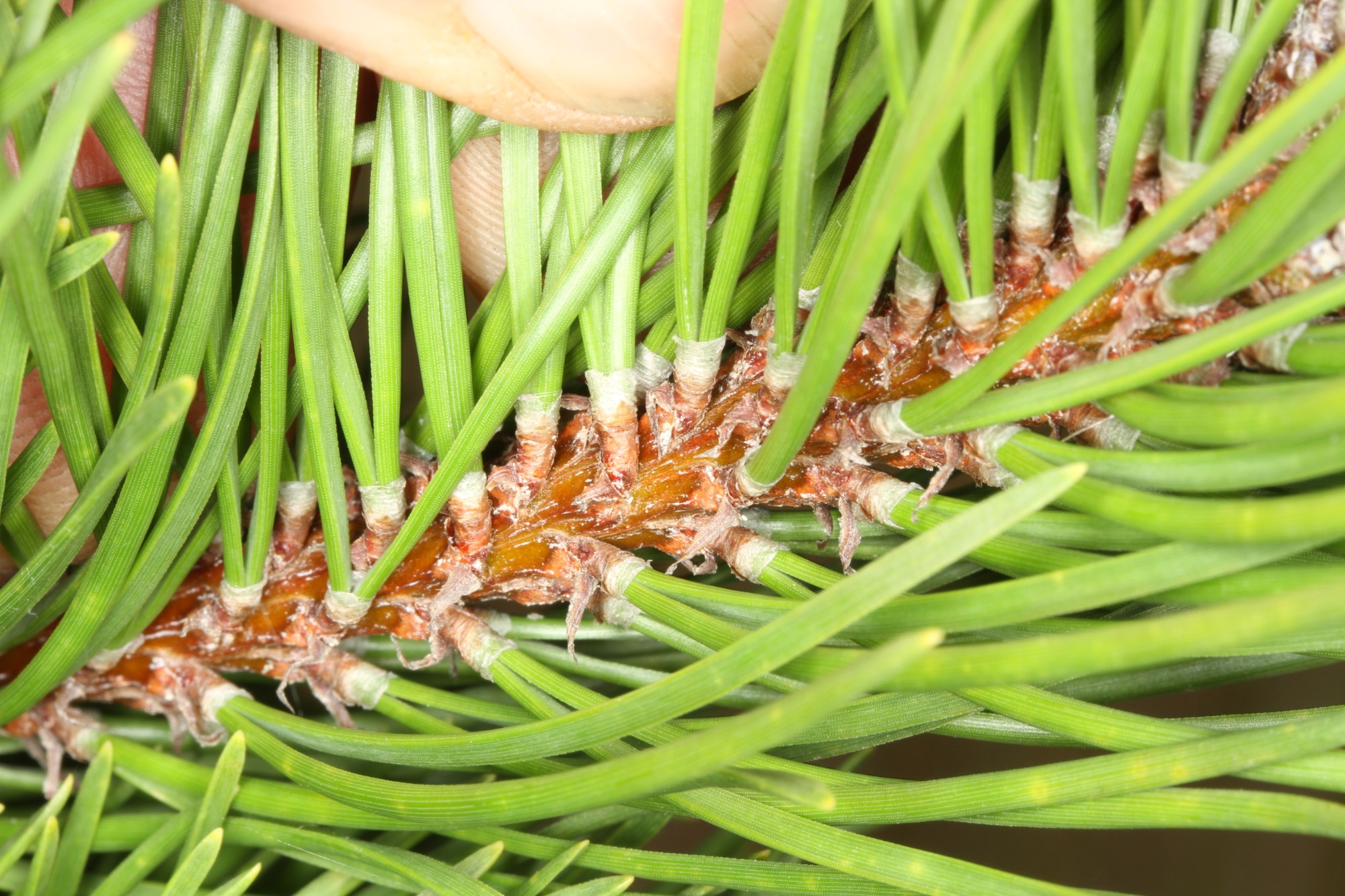 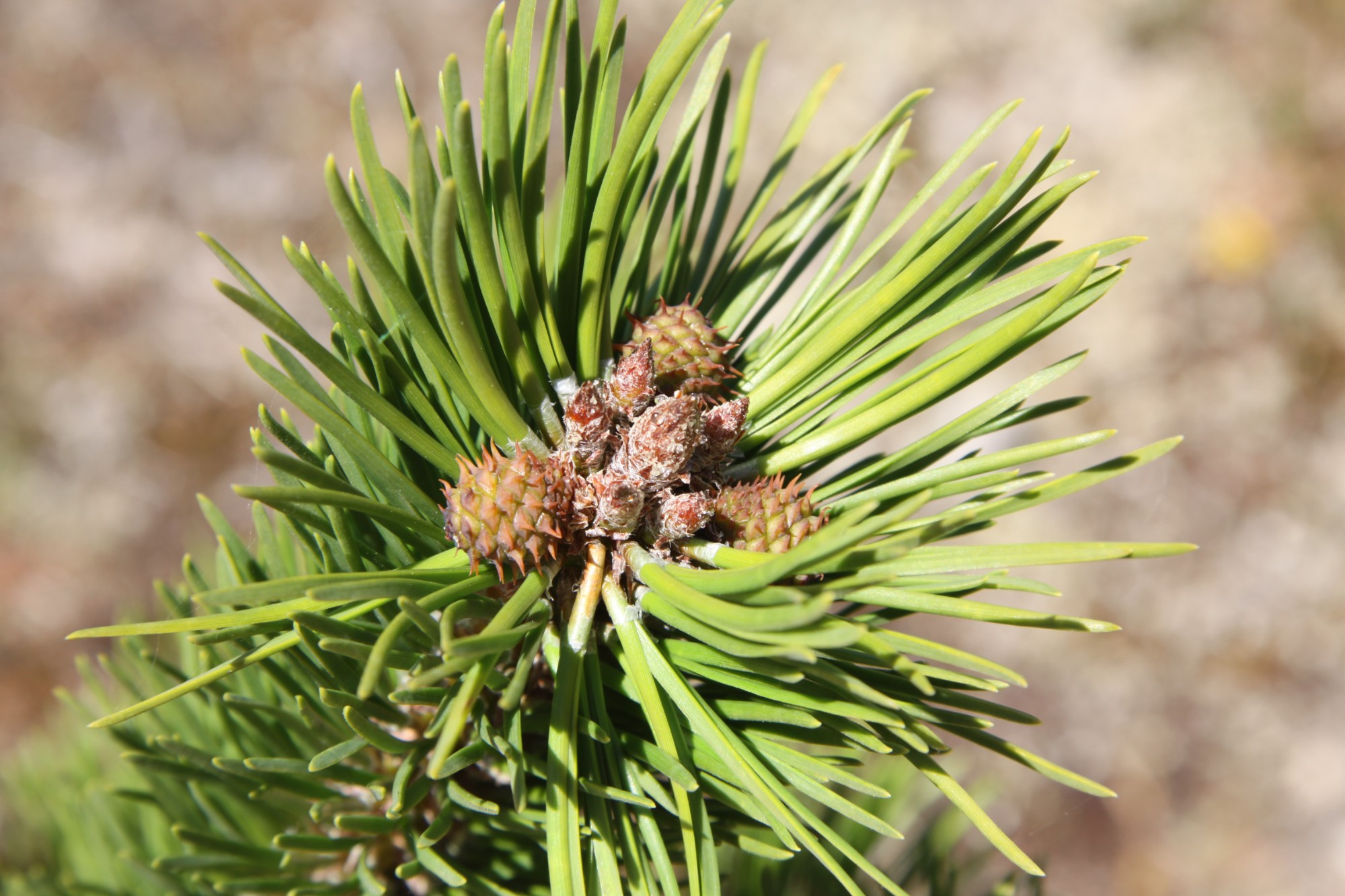 Otago’s iconic landscape is vulnerable to the invasion of wilding conifers. If not controlled, they would significantly change the landscape and impact on our recreational, hydrological and conservation values. Particularly at risk is our high country and tussock grasslands. The growing problem has been recognised for some years and as a result, the Whakatipu Wilding Conifer Control Group and the Central Otago Wilding Control Group established themselves solely to fight wilding conifers.

It is estimated that wilding conifers are spreading at around 5% annually. Failure to control their spread at an early stage can quickly lead to increasing numbers of trees taking hold, and the costs of control escalating exponentially. 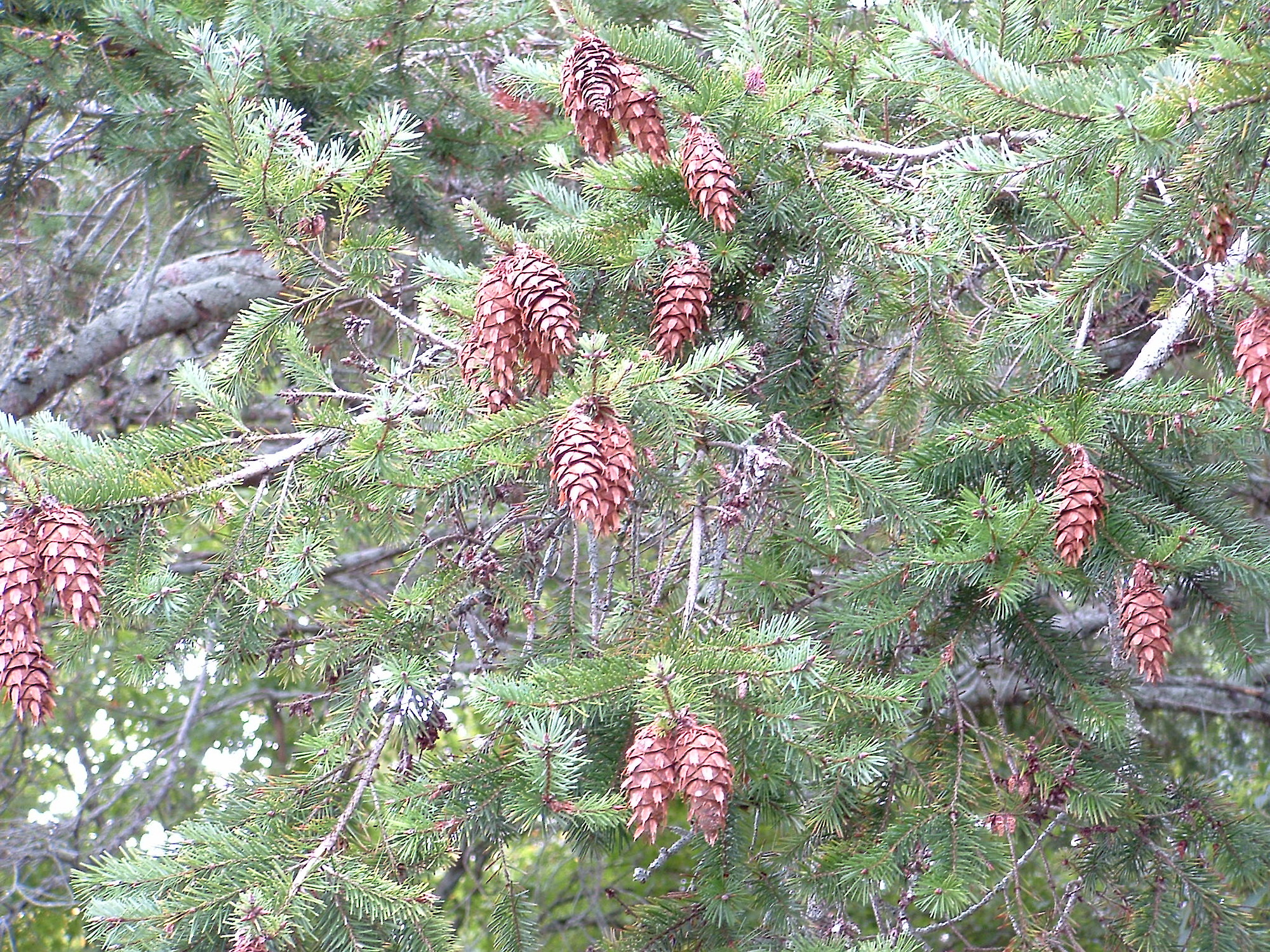 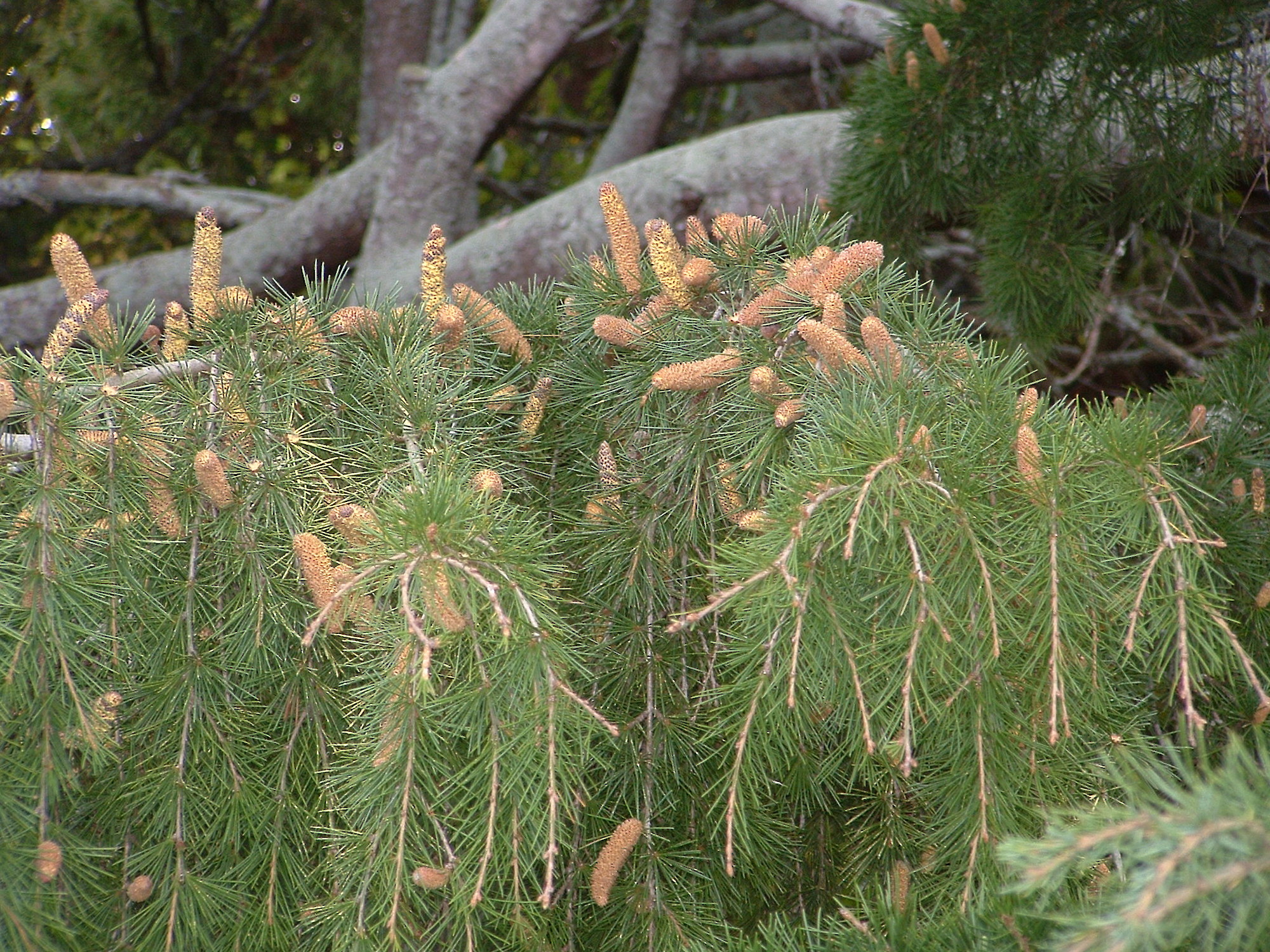 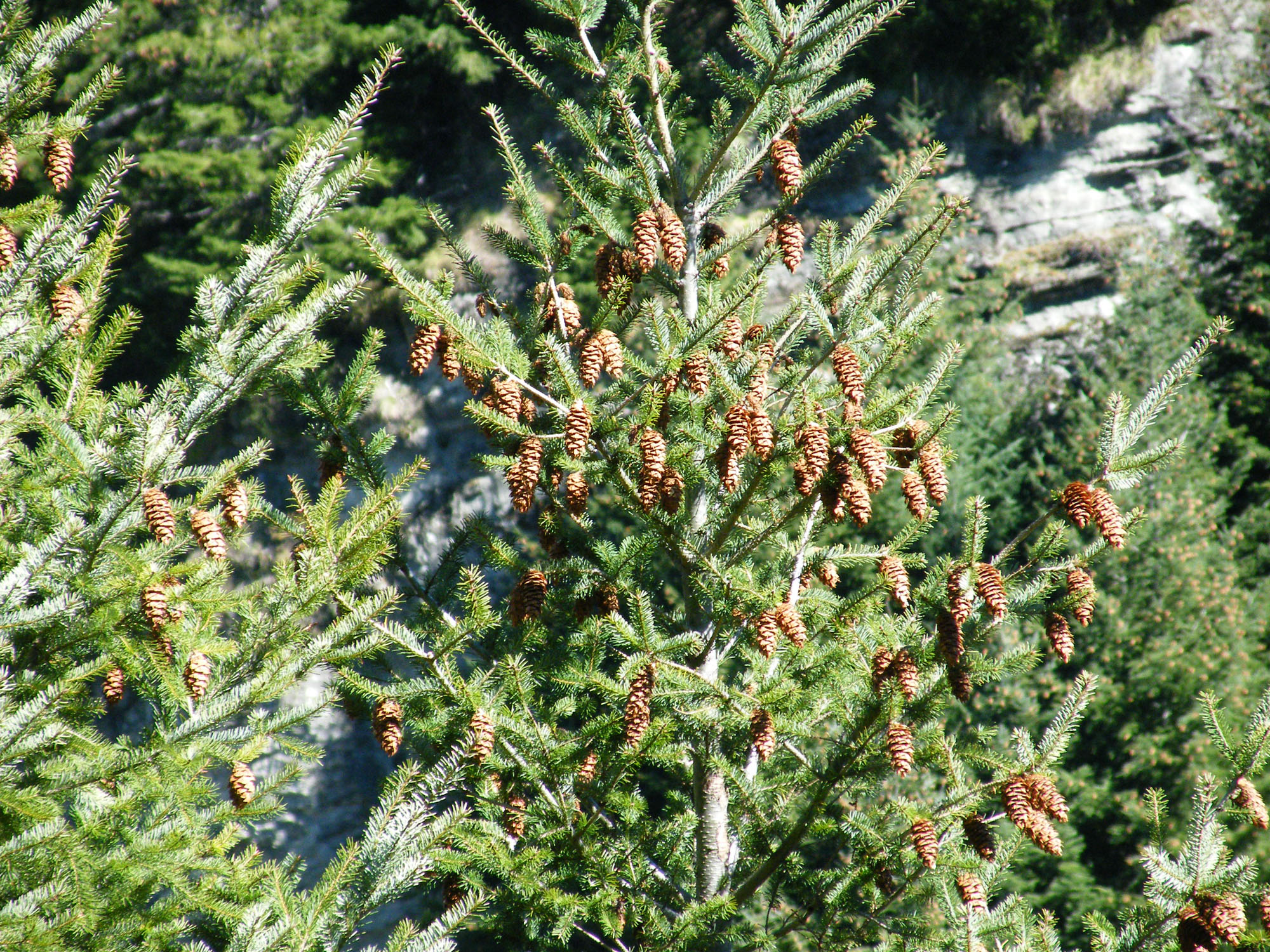 The different types of wilding conifers

Most wilding conifer species do not pose a significant threat to established native forests, however some species are adapting to new areas. Douglas fir in particular has a higher shade tolerance than other introduced conifer species and can consequently spread into shrublands, regenerating native forest and mature forest where there are canopy gaps and a relatively sparse understory.

Contorta in particular, is an unwanted organism and is the most invasive introduced conifer species.

Over the life of the pest plan (10 years) the goal is to ensure that the spread of wilding conifers don't cause unreasonable costs to the occupiers of neighbouring properties where control operations have taken place, or where the neighbouring occupier is undertaking active wilding conifer management.

Below are the rules for wilding confiers in our pest plan, these can be complex so if you want to someone in our biosecurity team about these rules call ORC on 0800 474 082 or email pests@orc.govt.nz.

Plan Rule 6.3.4.1 Within the Otago Region occupiers shall eliminate all wilding conifers present on land that they occupy prior to cone bearing, if:

Plan Rule 6.3.4.2 Within the Otago Region occupiers shall eliminate all wilding conifers present on land they occupy within 200m of an adjoining property boundary prior to cone bearing, if:

Plan Rule 6.3.4.3 (Note: This is designated a Good Neighbour Rule) Within the Otago Region occupiers shall eliminate all wilding conifers present on land they occupy within 200m of an adjoining property boundary prior to cone bearing where:

Plan Rule 6.3.4.4 (Note: This is a Pest Agent Rule) Within the Otago region occupiers shall, on receipt of written direction from an Authorised Person, eliminate any Pest Agent Conifer that is present on land they occupy within 200m of an adjoining property boundary prior to cone bearing where:

What if I use conifers for my shelter belt?

What are we doing?

Otago is divided into 17 management units (geographical areas) for the purposes of controlling wilding conifers, with funding allocated to the management units where wildings are most prone to spreading. Control work in each management unit is undertaken through a collaborative partnership between the Otago Regional Council, Department of Conservation, Whakatipu Wilding Conifer Control Group (WCG) and Central Otago Wilding Conifer Control Group (CWG), with project managers overseeing landowner consultation, funding agreements and the contracting workforce delivering the ground or aerial operations. Landowners are eligible, on a priority basis, to be included in the Programme where management units are funded. 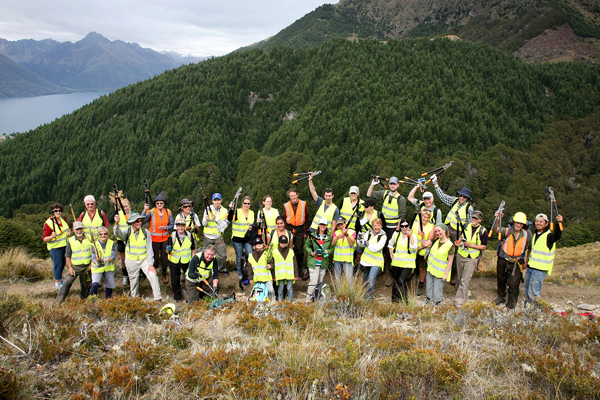 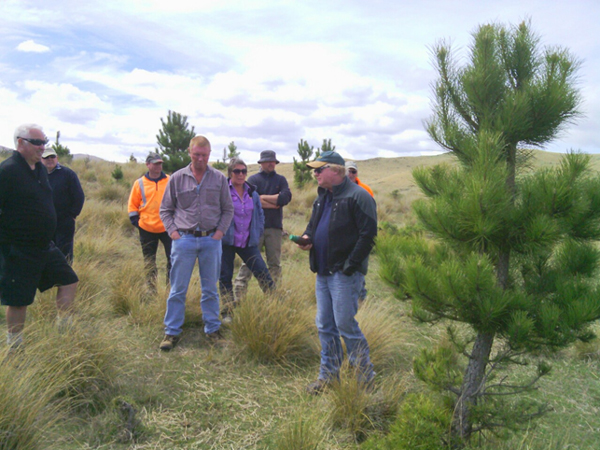 Whakatipu Wilding Conifer Control Group Inc (WCG) is a community, not-for-profit organisation created in April 2009. We are focused on protecting biodiversity and the remarkable landscape of the Whakatipu for the benefit of residents, users, tourists and particularly, future generations. The WCG aim is to control wilding trees. Queenstown is renowned worldwide for its stunning and iconic landscapes, but they are under threat from wilding trees. Wilding conifers threaten and replace native beech forests and tussock.

Wilding Pine Network is an advocacy and advisory group comprised of organisations and individuals involved in wilding conifer/ wilding pine management and research. The Wilding Pine Network advises the National Wilding Conifer Control Programme, led by Biosecurity New Zealand/ MPI, on good practice and engagement with communities. They additionally provide advice and support to iwi, community groups, trusts, and anyone who needs help.

In 2016 the National Wilding Conifer Control Programme was established to ensure a collaborative, coordinated and effective approach to national wilding management. The delivery of the programme is led by Biosecurity New Zealand in partnership with regional councils and unitary authorities who coordinate the activities regionally and support a wide range of stakeholder groups and community groups. The Programme is informed by the New Zealand Wilding Conifer Management Strategy 2015-2030 and is supported by central government funding.

The graph below shows the estimated increase across Otago in hectares infested by wilding conifers over the next 20 years if the present management regime continues. 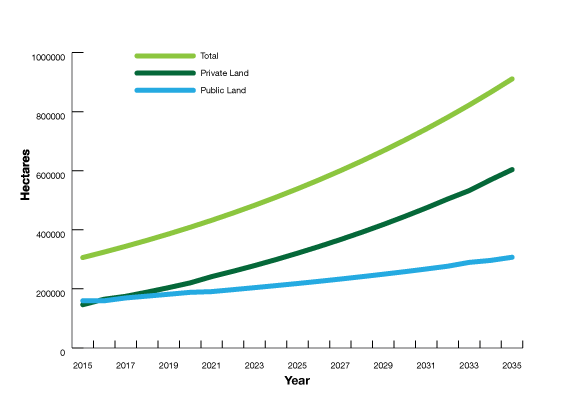 What can you do?

If you're a landowner and want to find out more about control work in your area or funding opportunities which may help with your wilding conifer problem, please get in touch with our Biosecurity Team by emailing pests@orc.govt.nz or calling 0800 474 082, or the community wilding conifer control group nearest you.

Which parts of Otago are most infested with wilding conifers?

The western, central and northern areas of the region have various levels of wilding conifer invasion. Many affected areas contain scattered trees, but heavily infested areas exist in western inland locations that are lightly vegetated and lightly grazed. The infestation is somewhat less in the middle areas and increases slightly in the north-east.

Wilding conifers are a significant issue in the Queenstown Lakes district, where dense infestations are associated with historical plantings around settlements, eroding slopes and recreation areas, as well as commercial plantations and woodlots. 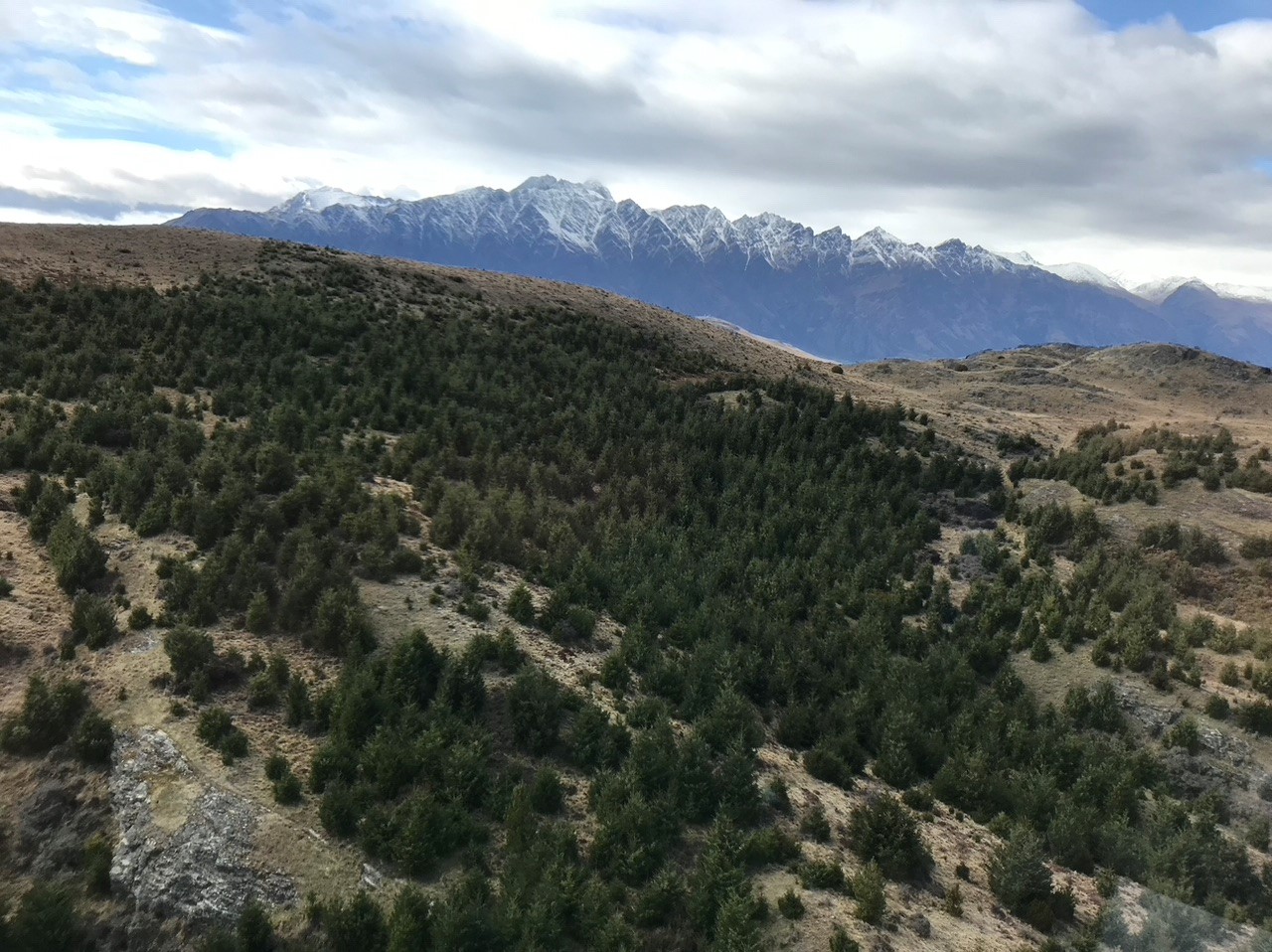 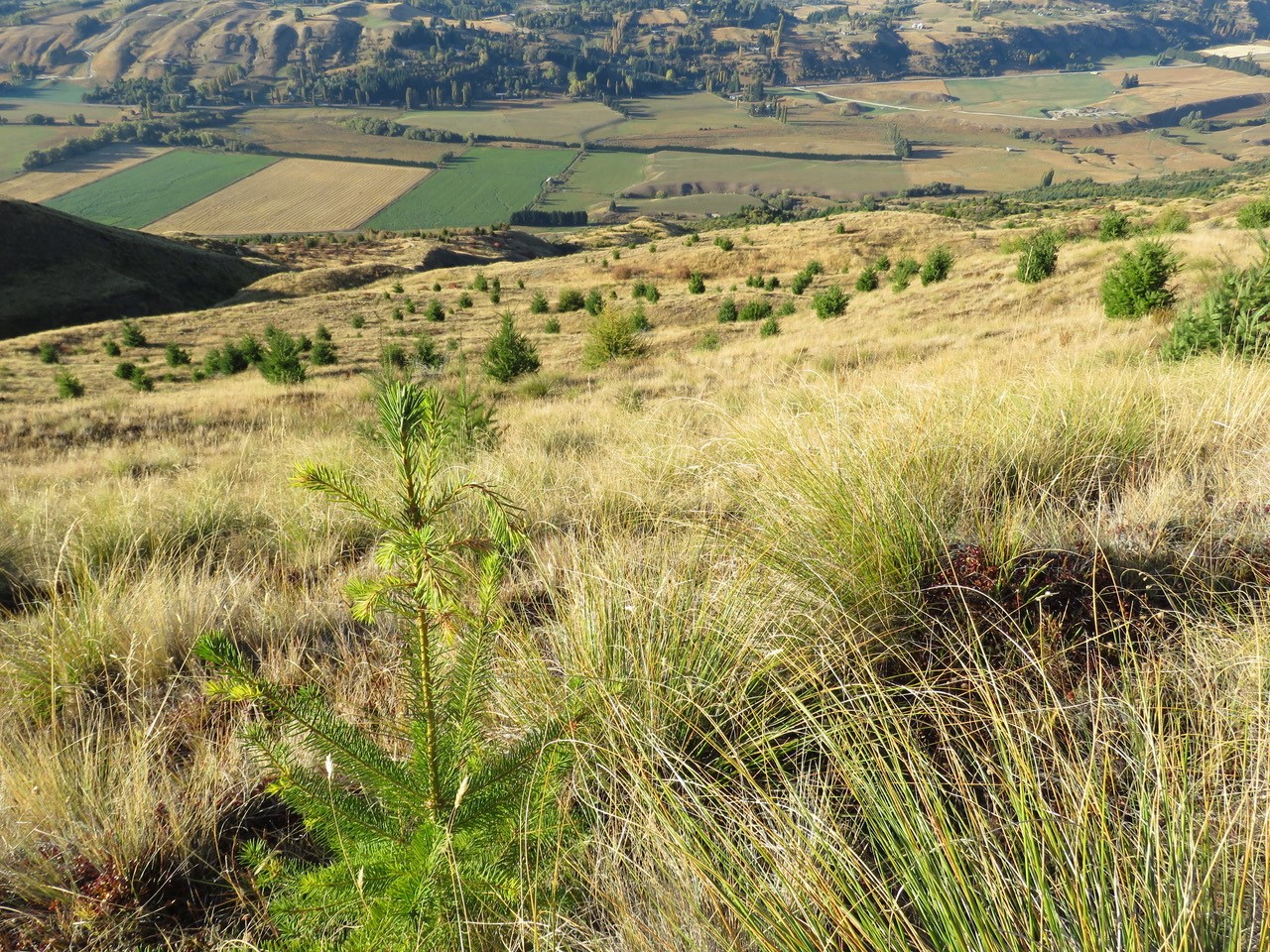 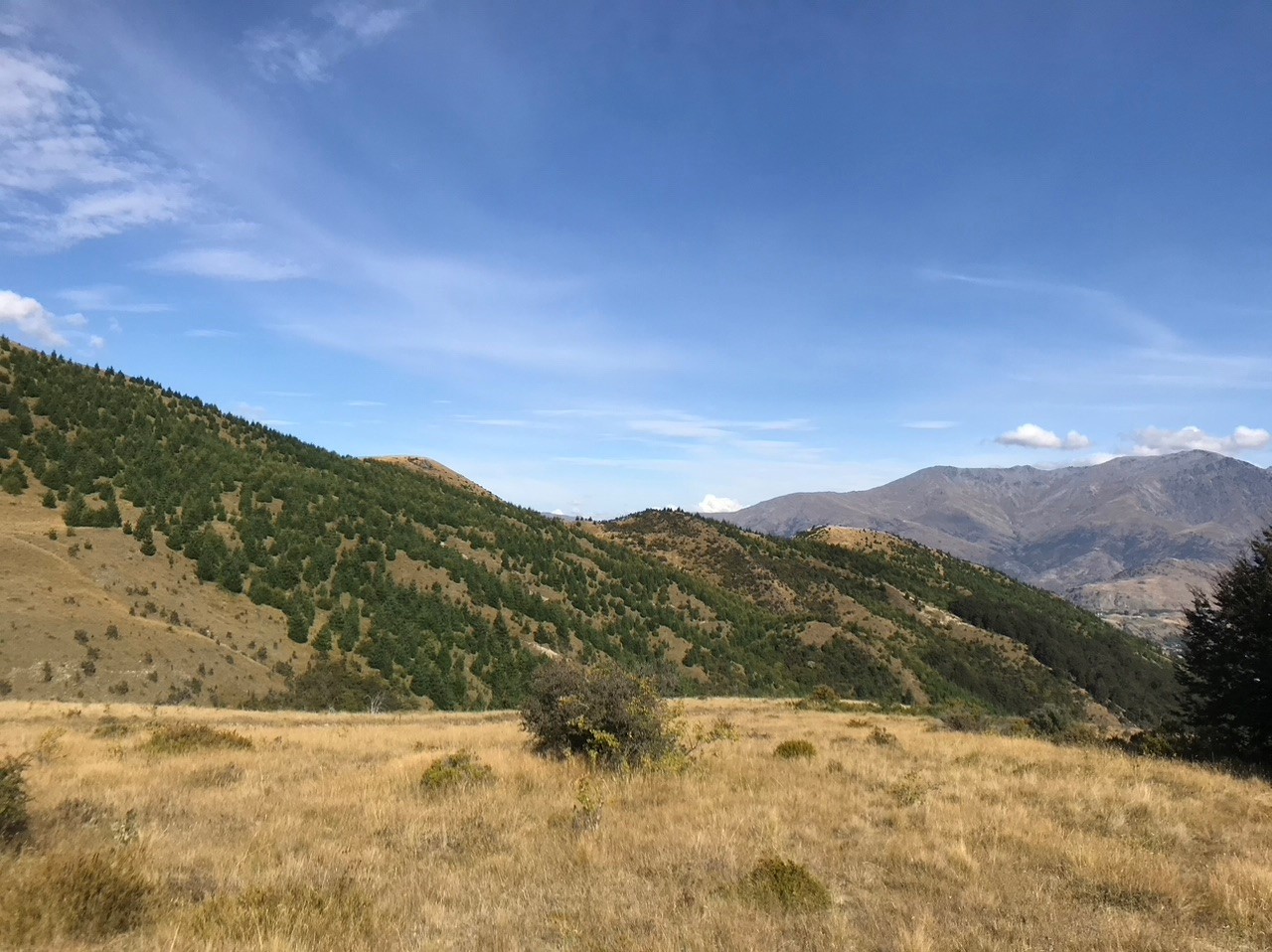 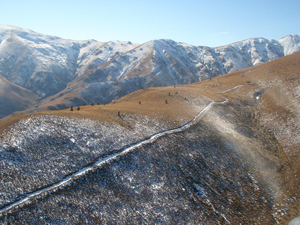 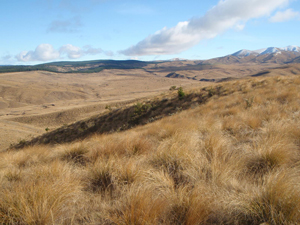 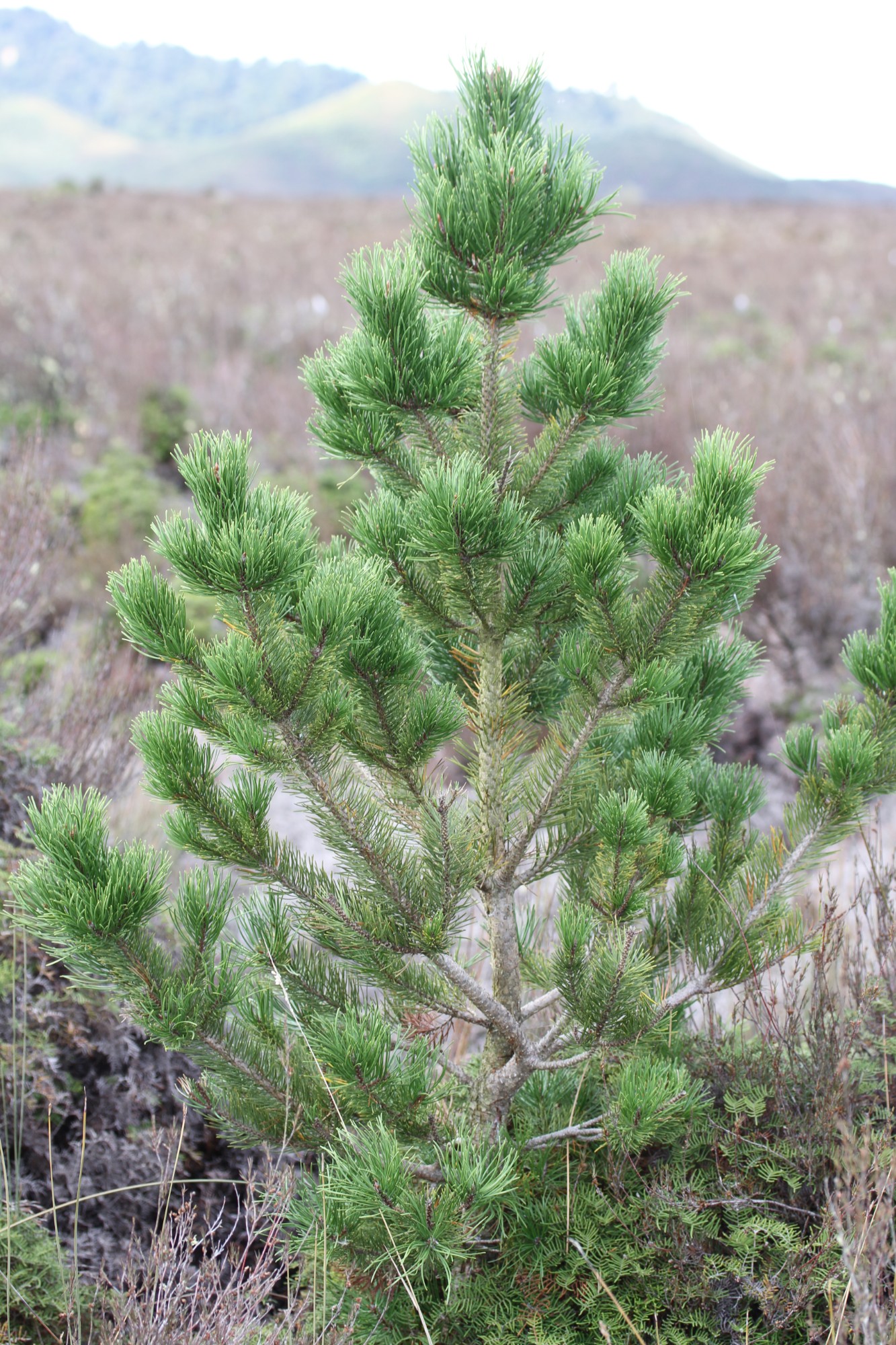 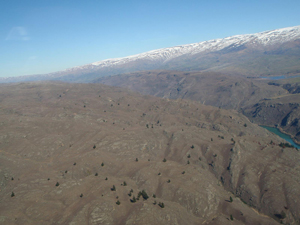 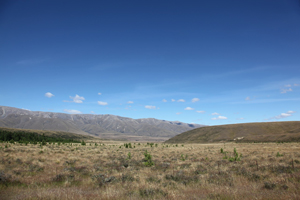 Land occupier – An occupier is the person who physically occupies the place, the owner of the place and any agent, employee, or other person acting or apparently acting in the general management or control of the place. For example if you are renting a house owned by someone else that does not live on that property, you are the occupier and are responsible for pest management under the pest plan. You can see more about the responsibilities of occupiers (including owners) in section 3.3.1 of the pest plan.