South Dunedin is built on a low-lying plain covering an area of about 6km2, most of which sits less than three metres above sea level. 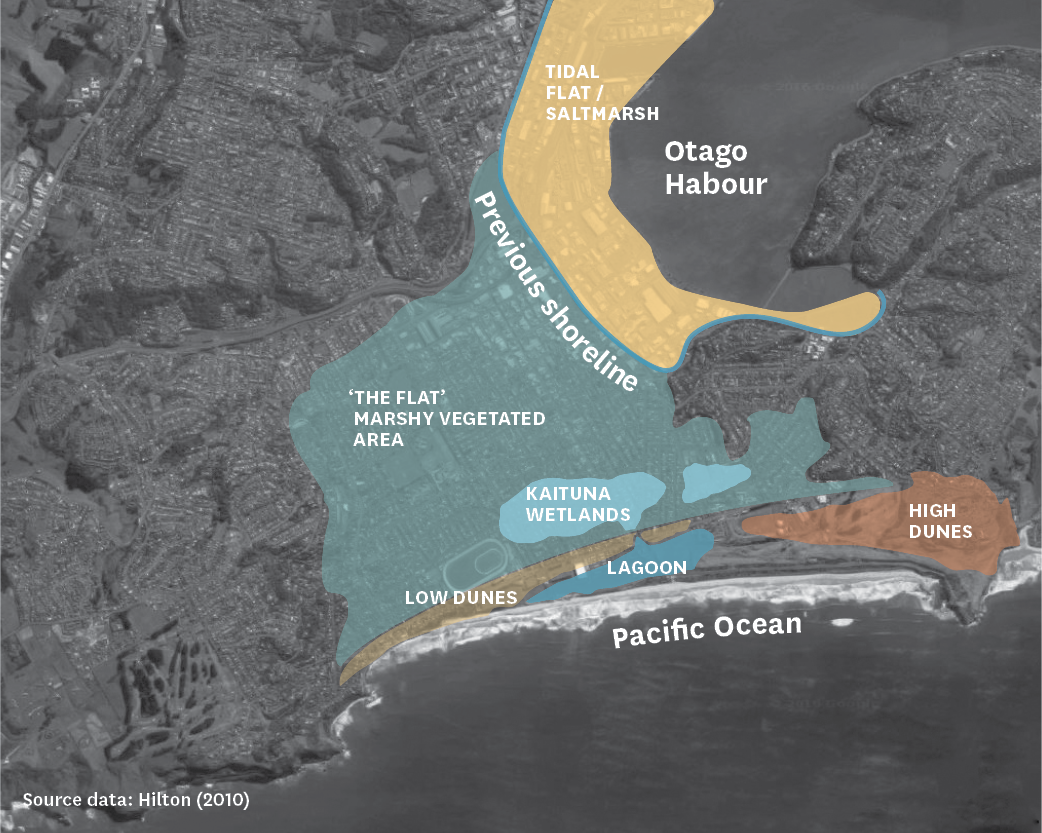 At the time of European settlement in the mid-1800s, the low-lying area known as ‘The Flat’ was generally a marshy environment, covered with silver tussock, rushes and flax. Along the harbour margin was a wide, tidal mud-flat, and there were coastal lagoons and wide, low sand dunes, much flatter than those along the St Clair coast today. All of this would have been not unlike what we see in Hoopers Inlet today.

Strong demand for level, dry land in Dunedin in the mid-to-late-1800s drove European settlers to embark on reclamation, or in-filling, of wet, low areas with any available fill material. This included the use of sand along the harbour margin, and in the wetland areas of South Dunedin.

This reclamation transformed the area and hugely increased the amount of available building land. The area is now home for ten thousand people, many schools and critical infrastructure the wider city relies on. Looking at the area now it’s easy to think the lagoon is long dried up, but underneath the built-up surface, marshy conditions remain.

The mixture of sand and silt that lies beneath South Dunedin absorbs water from rainfall, and this underground water usually sits about half a metre beneath the ground surface. The groundwater table is dynamic, rising and falling with tides and seasonal conditions. It soaks up rainfall and surface runoff like a sponge and transports this water towards the sea.