Ferrets are only considered pests in the site-led programmes in Dunedin. They are good climbers and can steal bird eggs and chicks from nests. Ferrets have contributed to the extinction of some native birds and are also a major cause of the decline of many other native birds. Ferrets are also a threat to farming as they can carry Bovine Tuberculosis, a nasty disease that infects mainly cattle and deer but can affect other animals and humans. They were introduced into New Zealand in the 1880s to control rabbit numbers.

Ferrets (part of the mustelid family) have a black face mask over their eyes like the infamous Hamburglar. The males can be up to 44cm long and are usually larger than the females. They have a creamy yellow undercoat with a long black topcoat, which gives them a dark appearance. 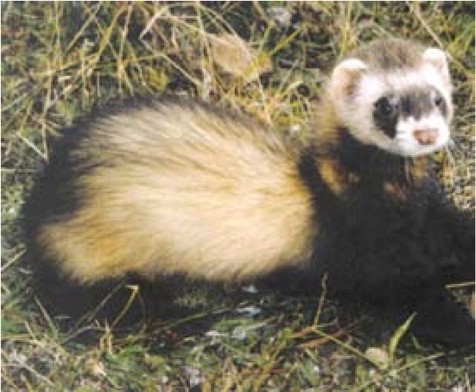 Under Otago’s pest plan, ferrets (referred to as mustelids) are only classified as a pest in the site-led areas; Otago Peninsula, West Harbour/Mt Cargill, Quarantine Island and Goat Island.

The goal is to assist communities to progressively control ferrets in these areas to prevent or improve on damage to the indigenous ecosystem values at these sites.

ORC will take a lead role in supporting the goals of community groups and agencies in site-led areas in relation to ferrets. This may be through advice, education, funding, service delivery or requiring landowners to undertake control when needed.

Trapping is the main method for mustelid control, however ferrets are very hard to catch so don’t expect results straight away. Three or four captures a year is a very good result.

Predator Free New Zealand has advice on their website on trapping best practice and backyard trapping.

The Department of Conservation also has advice on their website about how to control ferrets.